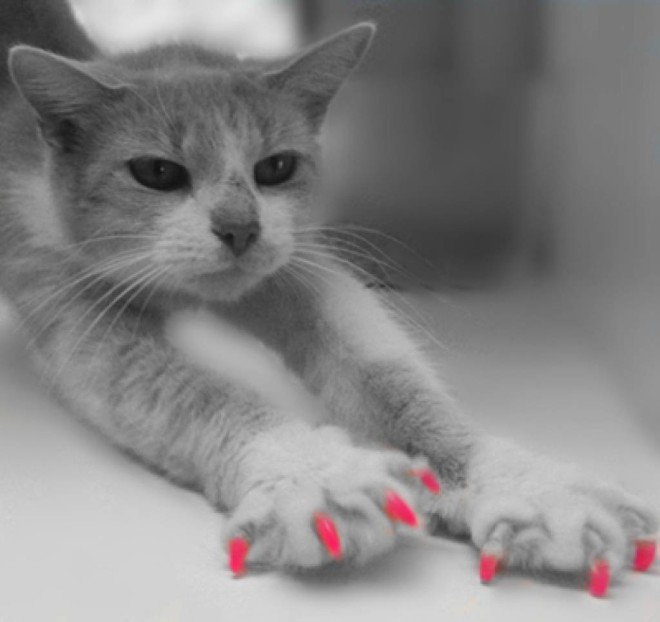 Antitsarapki cat appeared in the United States. Their inventor became a doctor - a veterinarian Tobi Ueksler. In North America, this device has been used successfully for over fifteen years, and in our country are still exotic. However, according to many experts and owners of furry pets antitsarapki for cats - a great solution to keep your furniture a whole, and the cat did not undergo the procedure haircuts and declawed.

This product is an overlay claws made of soft plastic. Held in the claws of the cat helps them special medical glue. Antitsarapki for cats come in various sizes and colors, so you can easily find the right model for your particular pet.

According to the instructions it can be used for cats and dogs of all ages. Although, of course, the kittens under the age of six months, due to the fact that their claws and so very soft and worn down in the process of active games, it is clearly useless.

And the older members of the cat family it is also not necessary, since the ripe age of animals lose interest in undermining claws. But for pets in the prime antitsarapki forces just come in handy.

The cost of this product is about five hundred rubles per set, which includes twenty-baits and glue. One set lasts for one and a half - two months, since the claws are constantly growing and glued caps will fall off along with dead claw, so that from time to time you have to glue the new one. 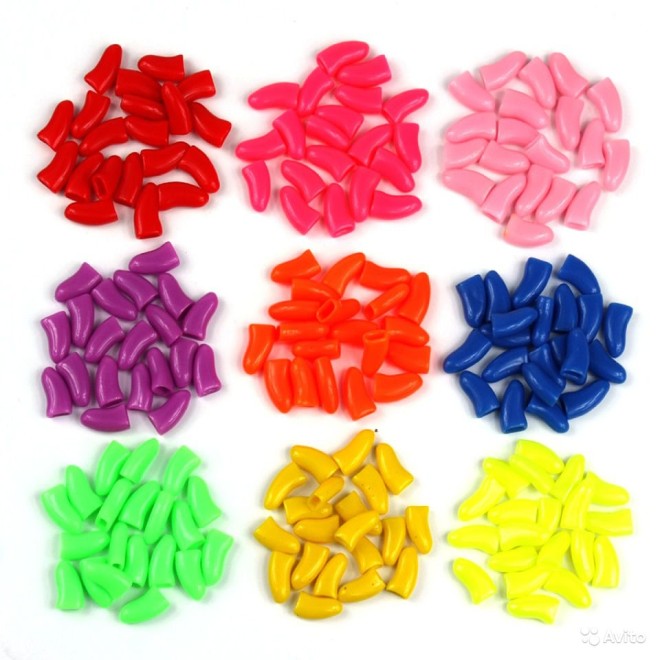 Products available in the following sizes:

It is worth noting that the animal does not experience discomfort from wearing antitsarapok. They are made of very soft plastic, jewelry and repeating the shape of claws and fastened exclusive to non-sensitive surfaces. The product does not interfere with the animal to release and retract the claws. Most importantly, in contrast to the surgery to remove the claws of the nozzle does not harm the health of your pet. The cat is still full and feels great.

However, it happens that the first use of animals trying to get rid of antitsarapok and often they are able to chew off one or two cap. But there's nothing you can do about it, will have to paste new. However, as the animal get used to the new thing, usually it takes two to three days, it is no longer trying to get rid of them and did not notice the product.

If the cat accidentally swallows the nozzle, do not panic. The cap is made of non-toxic raw materials, there are no sharp surfaces which may damage the gastrointestinal tract of the animal and naturally cat leaves the body after a short period of time.

Many use antitsarapok may seem unreasonably expensive, but if you add up all the pros and cons. Also take into account the stored furniture and wallpaper, the benefits of using the product is obvious. The more so because each subsequent packing lasts longer than the previous one.

How to wear them