Scottish Straight - breed Scottish pryamouhih cats. This cat breed is relatively young. It was officially registered only in 1964. Initially, the cats of this breed called Scottish shorthair. The first breeders have been Scottish farmers William and Mary Ross, who found that when crossed individuals of this breed with each other lead to abnormalities in their skeletal system. This breed forbids divorce, that does not lead to mutations. But the breed, as it turns out, may well exist as an independent.

Characteristics of the breed

Scottish pryamouhie cat looks very similar to the British. They, like the British cats peculiar calm character, attachment to the host, intelligent behavior, flexible, stable psyche. Kittens of this breed - really tame animals, is very active and playful, as well as easy priuchaemy to the tray and kittens. Kitten Scottish Straight not give trouble to its owner.

Features of this breed lies in the fact that, compared with the British breed Scottish pryamouhie cat more lightweight and slim, the head has a rounded shape, the body is more elongated. For these cats optimum weight 3-5 kg, which is much less than the weight of the British. The Scots are more mobile and plastic.

Scottish pryamouhie cats are directly involved in breeding lop-eared cats - Scottish Fold. After binding the two lop-eared cats are not allowed, as this often leads to bone abnormalities in kittens. A binding pryamouhie cat with Fold and vice versa gives healthy offspring. From such matings as the kittens are born with straight, and with hanging ears, in equal numbers. Kittens in infancy ears always folded, and when they turn about a month, it is clear who will be - Scottish-Straight or Scottish-fold. 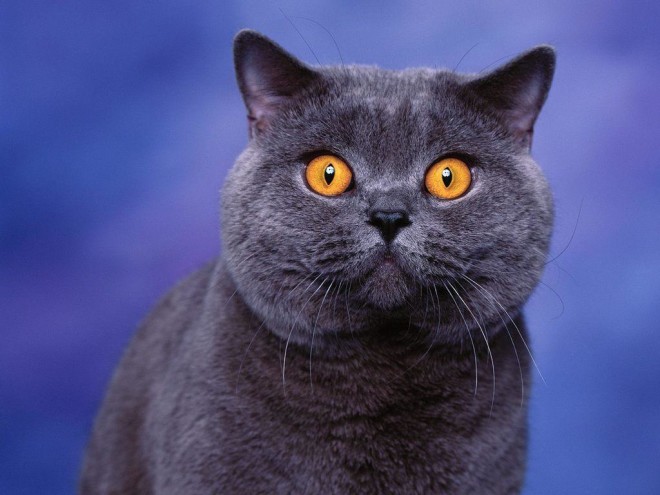 On a par with the Scottish pryamouhie shorthair cats there is a kind of cat with semi-long hair, like Scottish Highland straights. This breed is a unique and very rare. Their ears, like the breed Scottish-Straight, erect, and elongated hair, reminiscent of the "Persian", but is much denser and softer to the touch, so does not require daily combing, as the Persians. Wash them recommend no more than 2-3 times a year, if they are not heavily soiled. Highland ears are small, straight set, the fully raised position of the head, evenly covered with hair.

Tying them produced by the same rules as that of the other Scots. Kittens are born from them for all tastes - with short and long hair, any color, and the straight-fold.

Body - medium size, a moderate length, the same width from the shoulders to the rump. Muscular, well developed chest. Limbs of normal length and strong. Round paws, fingers tightly together. Movement elastic and availability. The tail is long and agile with a rounded tip. Scottish pryamouhie cat is much larger than a cat. 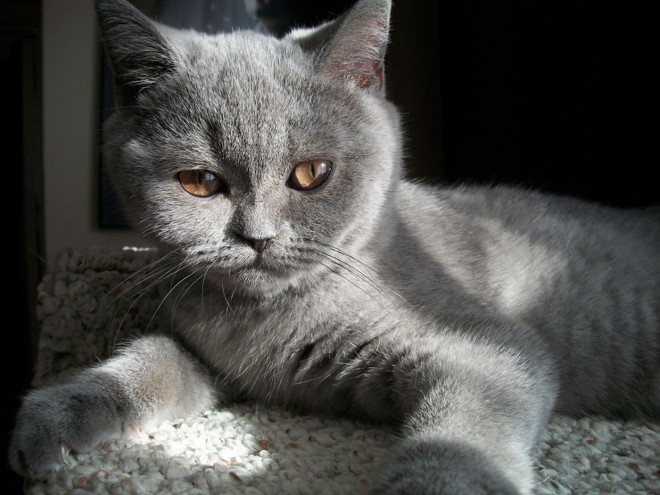 Head - round, bulging forehead and cheeks. section line of smooth, short nose, slightly arched. Cheeks round. Cheeks bulging especially in cats. The chin is strong, round but not prominent. Muzzle broad due to lush pads under his mustache. Smoothly into a brief neck.

Ears - small or medium-sized, erect, with pointed ends. Narrowly open, but wide at the base. Set fairly wide and high. The tips of the ears, slightly diluted. Outside densely covered with fuzz from the inside - a rough and long coat.

Wool - rather short, silky to the touch, plush. Very dense, not lying. The texture may be different, depending on the color and season.

Color - from plain white, blue, black shades, to patterned marble, tortoiseshell, striped. The peculiarity of the breed is that the colors can be quite arbitrary.

Eyes - Large, round, wide open, with a good-natured expression. Separated by a broad nose. Depending on the color the cat is determined and eye color. Most often it is amber, yellow shades.

Scottish straights - are very peace-loving cat breed. They, like the British, have a mild and good-natured character. Almost never are aggressive and do not like to dominate. These kittens are very active and playful, well developed physically, graceful and elegant. Scottish cat purr rarely and have a very soft voice. But if they have to fend for themselves, they can and sniffing loudly. 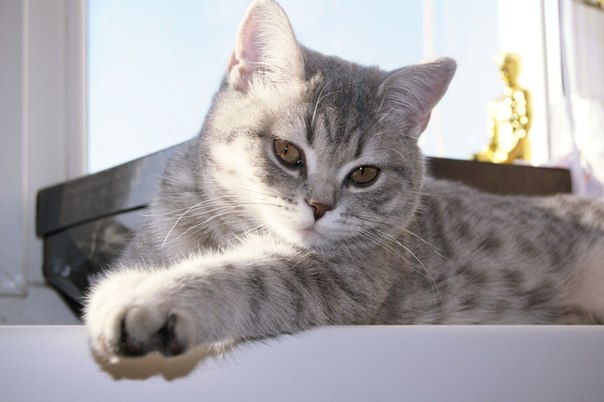 Little kittens can play for a long time with the owner, or with each other, while adults are more independent and do not require much attention.

Cats of this breed have a very lush, dense coat that needs to be carefully comb a couple of times a week to get rid of dead hairs. Bathe them should not too often, they do not belong to the fans baths. Frequent care for their ears as to what. Straight does not have a specific congenital diseases. They have pretty good health.

The price range of this species - 10-25 thousand rubles. It depends on the kitten class power at the beginning of life and the right to further breeding. The life span of cats Scottish-Straight for about 15 years.