Cats with Albion long been popular among cat lovers and breeders, thanks to its refined manners and wonderful, kind nature. Not too well-known breed became widespread under the name "chinchilla", because of the color that resembles the color of the wool of these funny animals. However, it is recognized that despite many positive features, this breed does not become very popular.
Since modern British chinchilla has among his ancestors of the Persians and Exotics, this breed is both longhair and shorthair.

British cat breeds have a long history, so that these animals have remarkable health and sweet temper. As the name suggests, most of the cats were born in Britain. However, the selection work is often carried out in other European countries. British cats as a breed was finally formed in the late 19th century. At the same time standard has been approved only in the 80s of the 20th century.

Its beautiful color British chinchilla received due to the fact that breeders have spent crossbreeding Persian chinchilla cat breed with other classic rock, having a solid color, or with the British having a smoke colored wool.

But breeders were not satisfied with the color of the eyes in the offspring, which often changed from turquoise-green to greenish-yellow.
In order to preserve the color of their eyes tried to cross with the green-eyed tabby. However, this has a negative impact on the resulting color. For this reason, crossbreeding of animals was continued from the first generation to each other, with a periodic infusion of Persian blood.

British golden chinchilla deduced on the same principles as the cats silver color. The difference lies in the fact that has been based upon already bred silver chinchilla. Since the gene responsible for the golden color of wool was obtained even from the Persian ancestors, the breeders had to just keep it.

British cat chinchilla may be silver, silver shaded, golden.
Chinchilla - cat often having silver or silver shaded coloring. While in accordance with the approved standard tips fur of these cats should have a black color is not more than 1/8.
As used herein, the eyes of these animals must be emerald green, although individuals with a silver-shaded coloring, may be more, and yellow eyes.
In accordance with its genotype, these cats should be black, even in animals with white coat color usually black pads on the feet, but also has a dark frame around the eyes and nose.
British golden chinchilla scalp has only partial golden color. In this case, back, tail and sides are darker shade, chin, chest and abdomen are painted in apricot color.

British shorthair - cat, which has developed musculature, wide neck and a flat back. Developed chest and hips are complemented by large powerful legs and thick tail, having rounded at the tip.

A distinctive feature of the males are big cheeks. The eyes of these animals is very expressive, have a circular shape. Wool is thick, with a well developed undercoat. 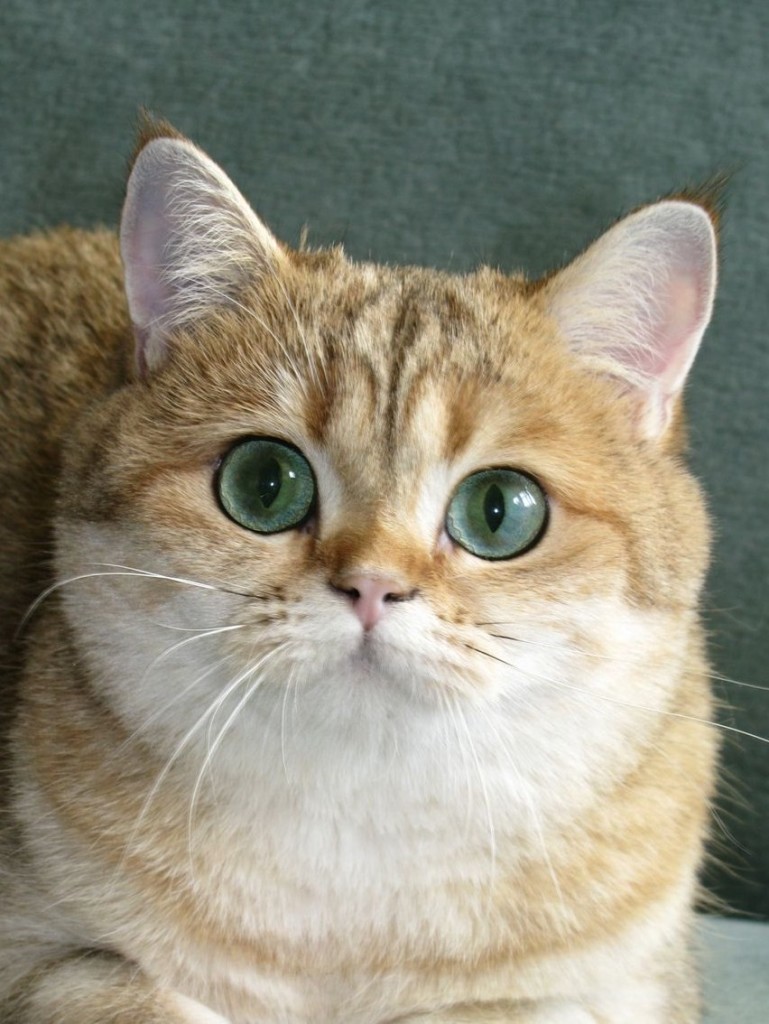 The nature of these animals, we can say, truly English. They are calm, stay with dignity, have good manners. From an early age without problems accustomed to the tray, do not awaken their masters, waiting for the people will wake up. These cats are perfectly build relationships with all those who live with her under the same roof. Children are not strongly irritate British chinchilla, even if it sometimes bother them too intrusive society and an animal just go away to another place, about any bites or scratches can be no question.
In this case, the nature of these animals is clearly expressed in the independent features. The cat can not tolerate attacks on their freedom, independence and dignity. One of their characteristic features can also be called stubbornness.

Like most other breeds of domestic cats, British shorthair can be eaten as natural products, and ready-made food factory production.
If you choose a natural type of feeding for your pet, the cat's diet should include: fish, meat, milk, butter, cereals and vegetables.
Meat products: chicken, rabbit, turkey, should be fed chopped into small pieces and pre-scalded with boiling water. The fish must be present in the diet is not too often, once or twice a week. In this case, it is better that the fish was sea.
As for dairy products, it would also not be abused. One or two times a week should be sufficient. 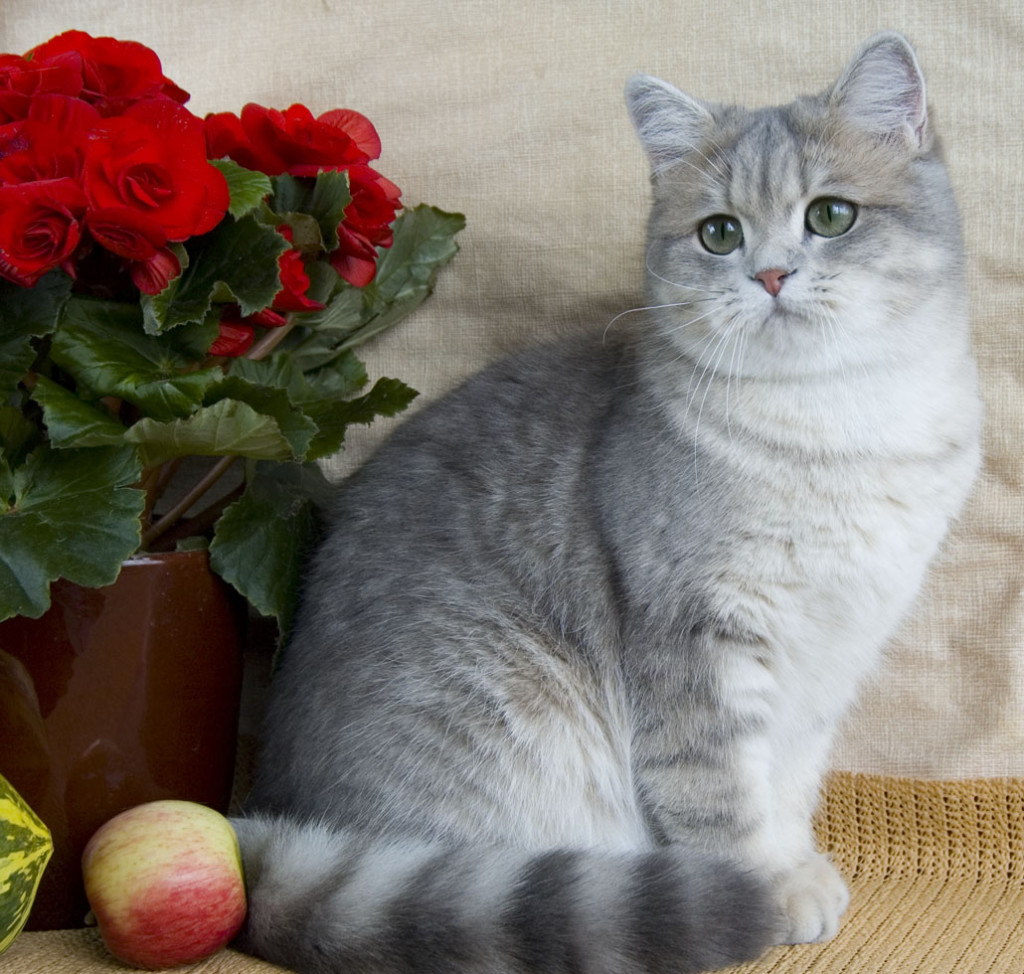 When choosing prepared feeds note the physiological characteristics of the animal. It should take into account such factors as weight, age, health, addiction to overeating, pregnancy.
Feed your pet two to three times a day. Also, do not forget to add in the diet of vitamins and minerals.

These cats need periodic exertion. They are happy to play with his master in a variety of outdoor games. Do not forget to set for your special pet a scratching post.
When grooming vychosyvayte British chinchilla at least once a week. Animals with long hair will have to process more often. Also, do not interfere with the use of specialized cat shampoo, enhances the color and condition of the coat. Do not forget to periodically inspect the ears. If necessary, clean the accumulated dirt from them. To maintain the health of teeth from time to time let the cat solid food.