Ural Rex - a native Russian breed of cats, which the researchers attributed to a group of rare breeds. The first mention of this animal with a curly shorstkoy appear in the pre-war and wartime.

After World War II the number of representatives of this breed began to decline sharply and long Ural Rex considered extinct animals. However, some fragmentary references about this breed are still found in the sixties of the twentieth century.

His revival of this remarkable breed owes curly-headed cat Basil was born in 1988 in the Sverdlovsk region (Zarechny). All known Ural Rex living in registered nurseries are its direct descendants. Nevertheless, today the number of this species does not allow to include it in the category common. Basically number were concentrated in the city of Yekaterinburg and Sverdlovsk Region regions. Although a number of animal lives in Moscow, Perm, Sevastopol, St. Petersburg, Volgograd, as well as in Germany in Dresden.

Curl is very pronounced and finally formed to meet the animals two years of age. Because of its unique structure of the wool is not able to fall on their own, so regular combing pet will become a permanent responsibility of the owners of the cats of this breed.

Since wool Ural Rex has in its composition is actually one undercoat, then uncontrolled molt and ubiquitous cat hairs around the house practically excluded. This is a huge plus for people who are allergic to cats.

In general, it is a strong medium-sized animals, with cats is usually slightly larger cats. Color may be any. 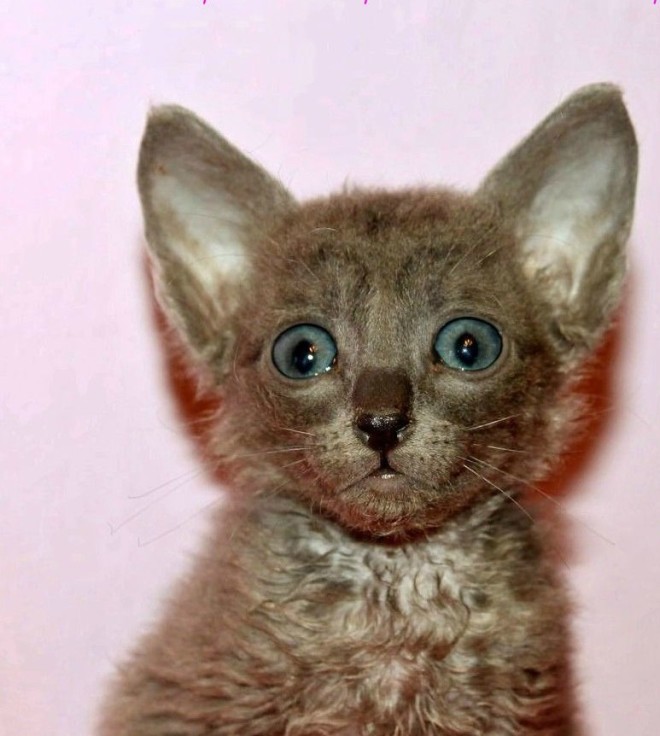 Ural Rex is very kind and gentle animals with remarkable character. They get along very well with young children. Have developed intelligence. Like outdoor games, chat with family members.

Many cat owners of this breed say that these animals are ideal for exhibitions. Easy to carry special attention, not afraid to touch, perfectly behaved on the judge's desk.

These pets are simple and noble. They'll go to almost all cat lovers. Despite its rarity and low prevalence is very unpretentious and does not require special care and attention. They have excellent appetite, eating habits are not choosy. What is important Ural Rex have excellent health. Cats are a caring and loving mother. The litter is usually three or four kittens.

Taking care of these animals will not cause any significant trouble to their owners. In order to keep in order their wonderful shorstku owner will have enough silk or suede fabric pieces that need to be cleaned shorstku to give it a brilliant tide. 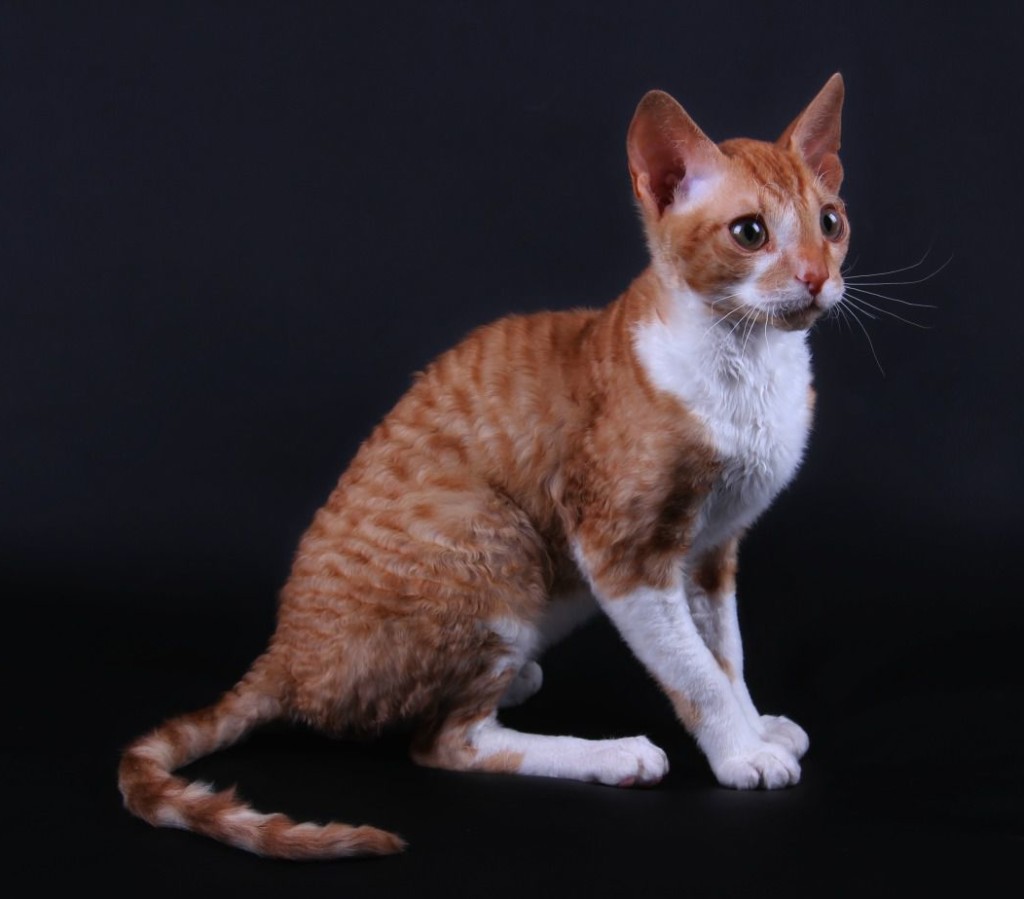 Water treatments this animal should be done as little as possible because they have sensitive skin, which is influenced by external factors (water, detergents) may dry.

The only thing to be concerned about what is combing, or plucking during the first molt in kittens. Since animals are not well yourself shedding, the dead hair for a long time do not fall, and this has an impact on the quality of corporate curl and intensity of coat color.