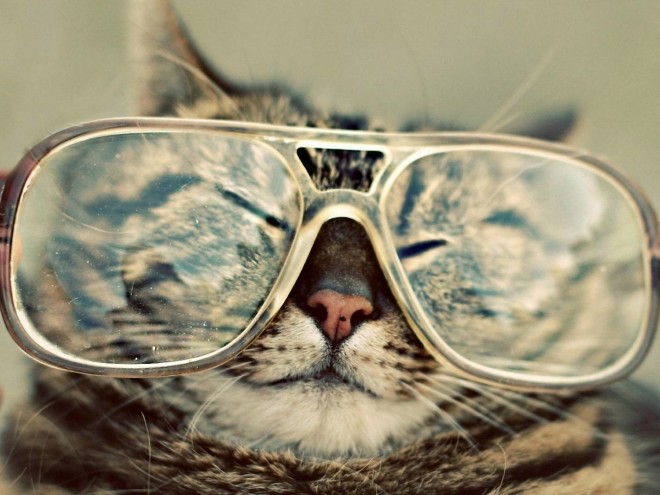 Feline look like a bottomless pit, full of great mystery and wisdom passed through the millennium. They are like two gems, from which it is impossible to look away. Throughout all ages of people attracted mystery cat eyes, an interest in cats perceive the world around us, not faded ever. Earlier, people appropriated these mysterious animals supernatural powers. It has been argued that cats see through the fabric of reality, feel the future and the past, can watch the mystical phenomena.

In Russia, for centuries it was believed that the harmony and prosperity are only present that home where the cat with homes in good terms. In order to place their friendship is necessary to get a cat, coat color which will repeat the color of hair of a family member. In ancient Egypt there was a cat cult in honor of these animals were erected temples, burying them in special cemeteries in the ornate sarcophagi. The Egyptians believed that cats were the intermediaries between the people and the gods, saw ghosts could say a word in front of one or another deity for a good man. And today many people believe in the extraordinary feline abilities. 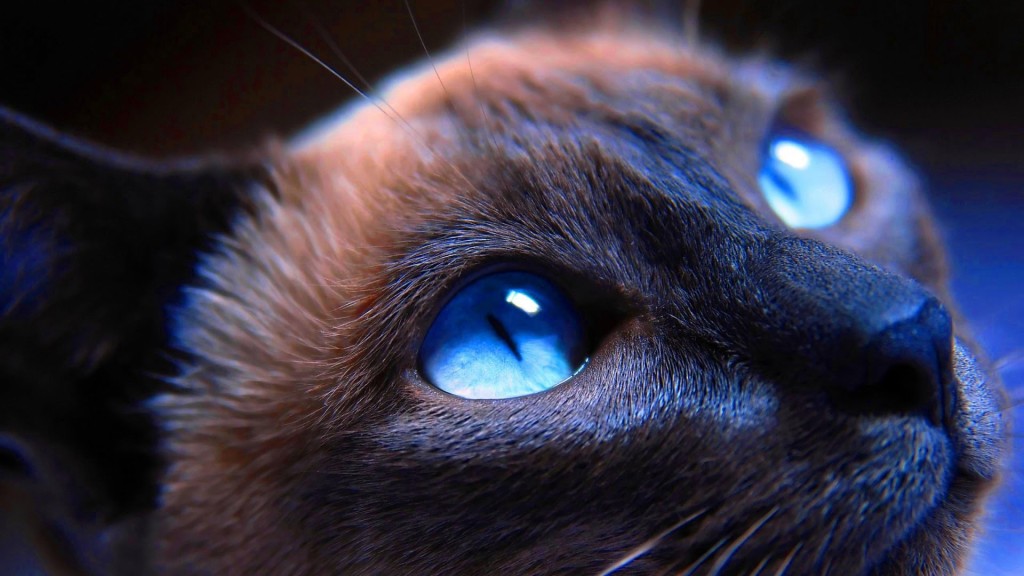 Cat created by nature to hunt at night, it can distinguish the wonderful surrounding her subjects when light is perceived by man as an pitch darkness. Incomplete light moon, or the stars flicker is enough for her. When scientists examined the night vision of cats, they concluded that the unusual shape of the animal's pupils is designed to protect sensitive eyes from the light of day. The human eye is not so sensitive to light, and it is sufficient to round the pupil, which allows you to see better in the conditions of strong illumination. Cats, on the contrary, because of the structure of the eye especially in bright sunlight all objects seen blurred and fuzzy, is a payment for a delightful night vision. In this case, naturally the question arises how to see the world of the big cats at any time of day "sharpened" their vision. It is known that lions, cheetahs, tigers prefer to hunt during the day and at night to hunt out when necessary, eg, if the day is worth too strong heat. Besides their pupil does not form vertical slits. So most scientists attribute the big cats to the typical daytime hunters.

For a long time zoologists could not determine why the cat so well see in the dark. Increased sensitivity to light explaining this ability only partially. However, the big cats, which usually has a round pupil, too bad oriented in the night.

At first it was assumed that the cause in the acute hearing and smell, but after conducting various experiments and research scientists have found - night vision cats at six times the night vision of the person.

The fact is that on the back of the cat's retina is a "mirror". In the dark time of the pupil of the cat very much expanded, absorbing even a small amount of light. Getting on the retina the light as it is reflected by the "mirror" and then gets on the nerves. It is because of the reflective cat-eye ability, they glow in the dark and in the photographs. This is a mysterious glow for a long time to frighten people, cats forced to ascribe mystical abilities. 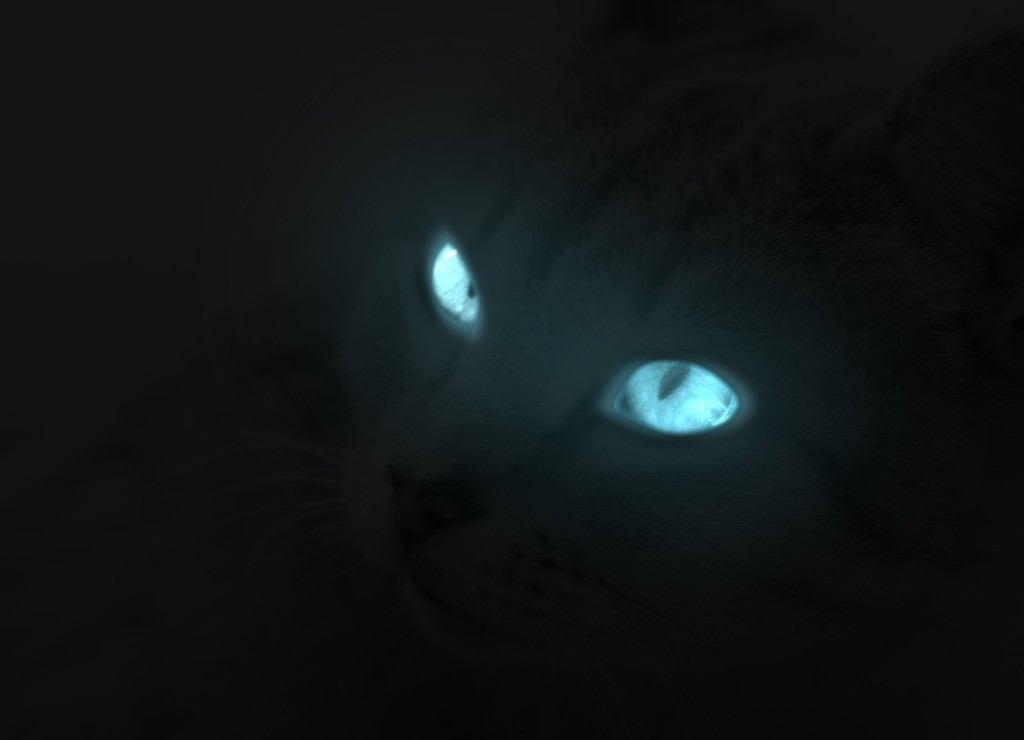 If we compare the human and feline eyes, it becomes clear that the differences, oddly enough, not so much. In cats, as in the human binocular vision. The animal sees the surroundings in three dimensions, it is easy to determine the distance of objects, distinguish their outlines. The differences lie in the fact that cats are better see objects in motion, determine the location of the production with a sensitive hearing and smell. In this case, the animal badly sees distant objects from him for more than six meters, as well as items that are literally under his nose. Here then come in handy nose, ears and whiskers.

Due to the special structure of the optic nerves cats distinguish colors in a different way than men.

Baleen create almost do not distinguish yellow, red, green and orange colors. Blue, purple and blue are perceived as a single color.

But cats discern several shades of gray, it is another factor that allows them to perfectly navigate in the dark. 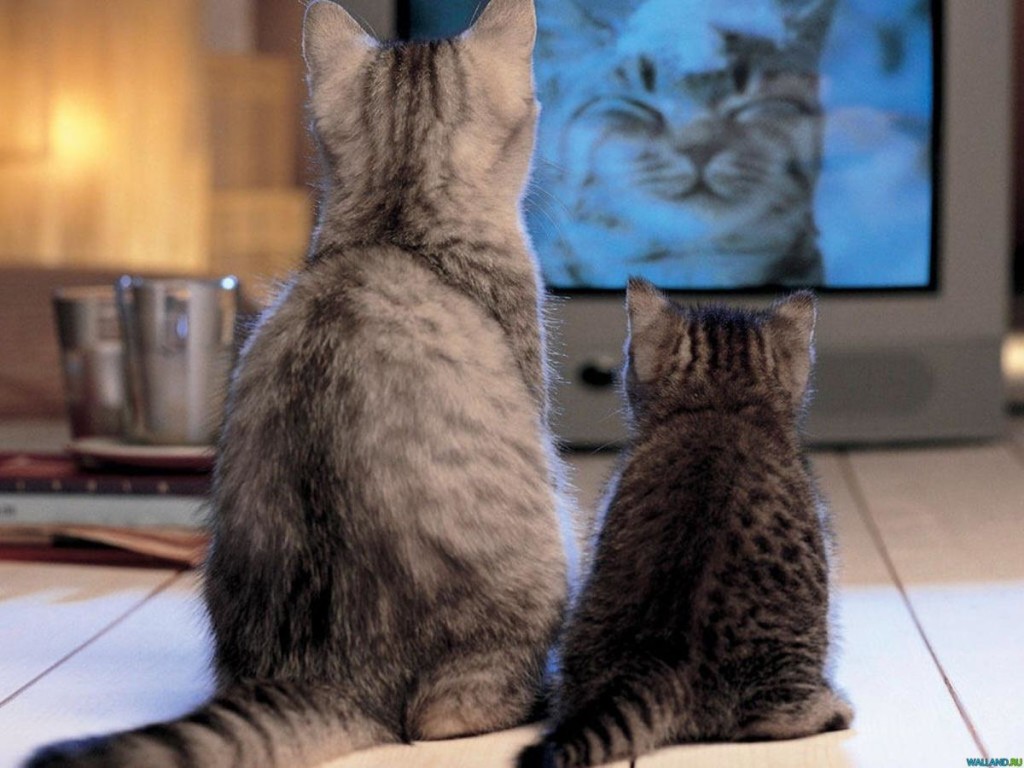 If pet scared, excited, or set to play, his pupils dilate as much as possible, trying to see the danger or prospective prey. In a state of anger or rage cat's pupils are normally narrow, focusing on the enemy. Many baleen pets funny attacking their reflection in the mirror, because they do not understand what they see themselves, however, over time, lose interest in this occupation, because the other senses do not signal the danger. And they see a cat person? Having knowledge about the cat's vision, we can conclude that the person sees the animal as well as we do, but in a slightly different color palette. If the owner is at the other end of the room, the cat sees it clearly, but near the blurry, here comes in the sense of smell with which the cat catches the scent of a loved one.

It is interesting that so far the scientists there is no consensus about whether images are transmitted cats see on TV. Most people think that animals see erratic flickering and sometimes fast-moving objects. But it is noted that many cats love to watch programs about animals, watch the flight of flocks of birds, lion hunting. So some scientists consider it premature to put an end to the issue of the cat's perception.