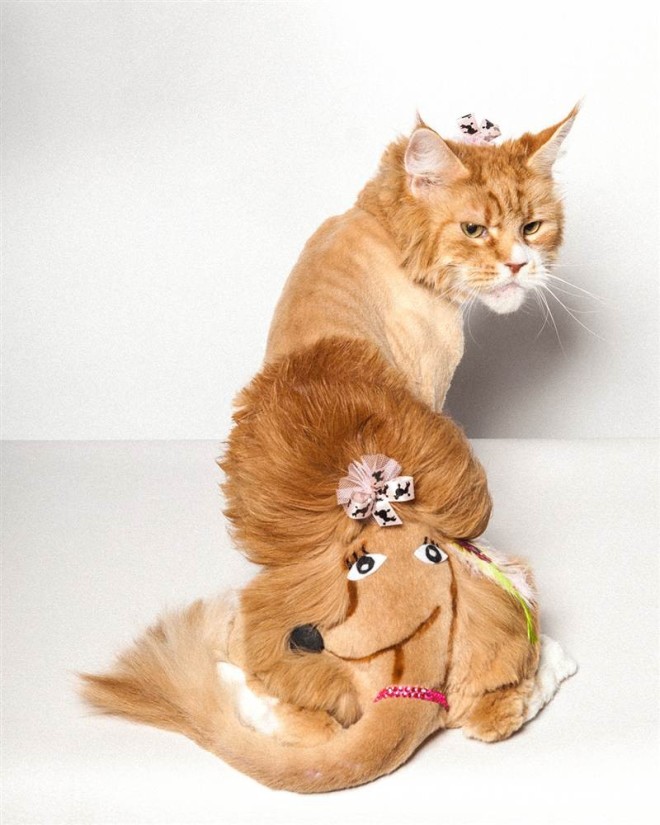 Before doing his favorite pet haircut determined to achieve any goal you carry out this procedure. If the purpose is purely aesthetic, then your cat will approach one of the model haircuts, if you pursue the goal associated with the pet's health, in this case your choice will fall on the so-called hygiene haircut.

This procedure, which should be carried out in certain cases. Usually it is used if the animal wool formed of a plurality of mats, lumps or pellets, comb which there is no possibility. Cases purpose of such shearing veterinarians the cats in the event of various skin diseases, which include a variety of dermatitis, the presence of fleas, and also hyperplasia of the sebaceous glands or otherwise "greasy tail", and digestive system diseases, and age of the animal, when the force his physical condition is no longer able to care for their own woolen cloak.

Such a mowing machine is performed specialized animal, using a knife, leaving the wool length equal to three millimeters. This length is considered to be optimally suited to achieve the objectives of the sanitary haircuts. The coat is pricked or scratched, the touch she seemed plush. Although in certain diseases the coat length can be reduced to one or two millimeters, respectively. With such long hairs pricked for a week, after reaching the state of plush wool. 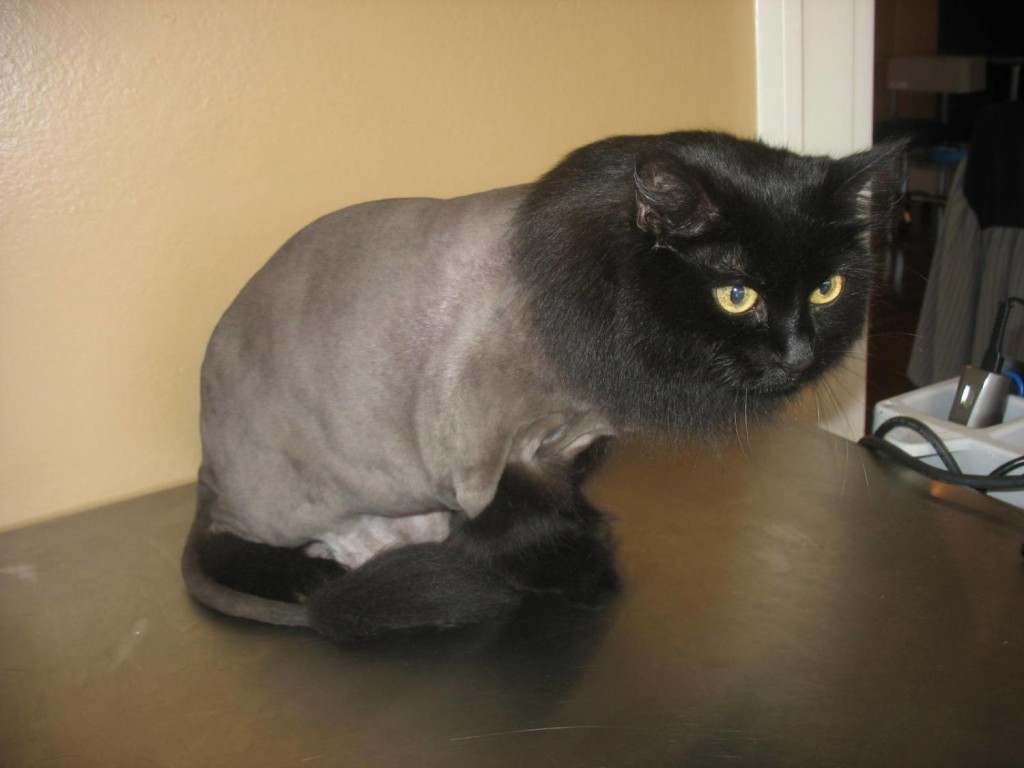 Remember that in any case did not clip out mats or pellets of animal hair with scissors, it can be very dangerous for the animal. You can accidentally damage the skin and it contains blood vessels, resulting in bleeding.

Indeed, in some places, such as the axillary folds and stomach it is very difficult to distinguish where it ends and begins a mat skin. In extreme cases, before you clip out a mat under the scissors miss him a comb with frequent teeth, it will serve as protection for the animal's skin. But in practice, this method is suitable for the removal of small and newly formed areas of matted hair. The old and extensive mats, so do not get rid of.

Typically, when the sanitary shearing wool is not removed from the whole body surface. Wool cover remains on the head, tip of tail, legs (mid). Such a cut due to external similarity is often called the "Lion." However, this is not always hygienic lion outwardly looks beautiful, as is often cuts out areas on the head, the affected mats or other places. Because of the presence of such sites tangled wool may interfere with the blood supply to the skin can be formed even bald areas or sores.

The implementation of this hairstyle is exclusively for aesthetic purposes. Such manipulations are made individually for each animal, given its exterior features, character traits, and also serves as a reflection of some of the individual owner. 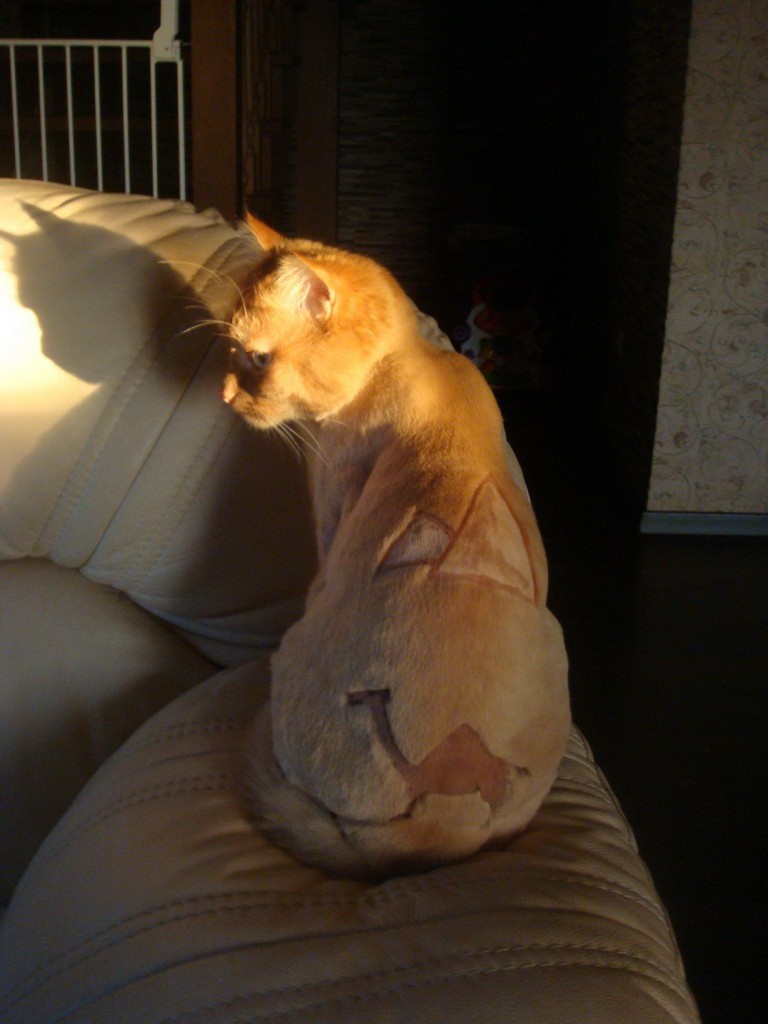 Many cat lovers are wondering whether it is possible to make a model haircut using only scissors. In principle it is possible, but with the help of scissors can not achieve the same effect as using a barbershop machines for animals. Scissors are most commonly used to carry small items and finishing hairstyles in general.

Currently, there are an incredible amount of options for modeling hairstyles cats, everything depends only on the imagination of the stylist, owner's wishes and peculiarities of the appearance of the animal. At the same time, there are hairstyles that are considered the main, these include the following: 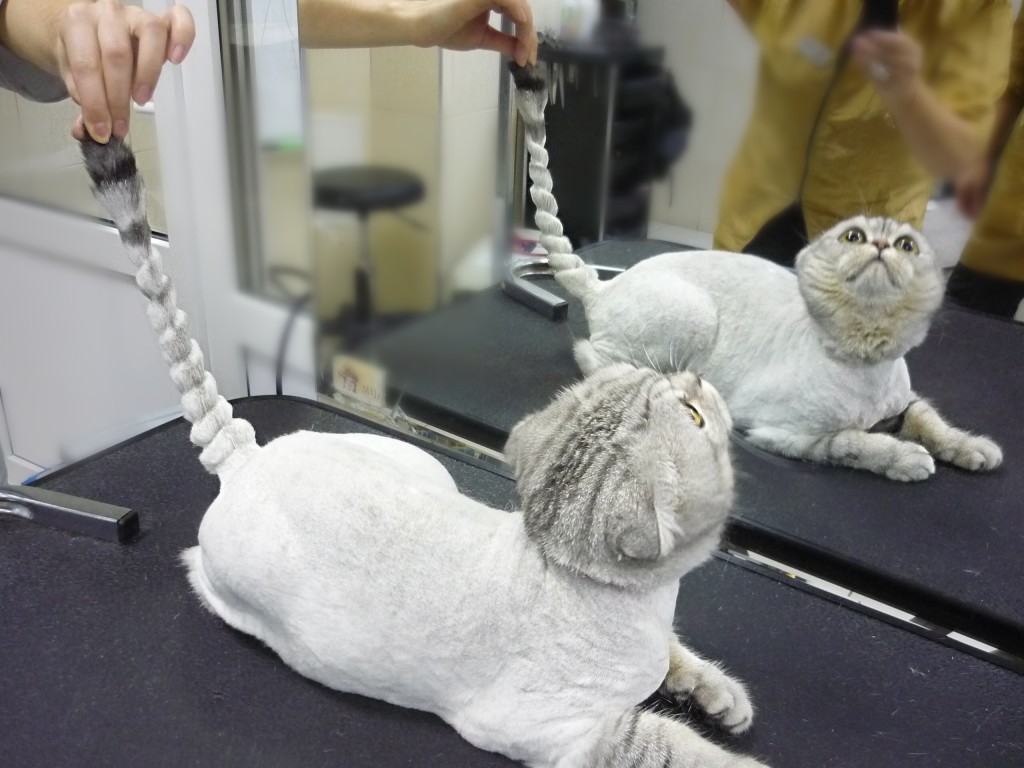 These are two basic hairstyles that can be changed depending on the imagination of the master and the client's wishes. Although most of the changes concern the treatment options of the tail and feet. Or the final image is complemented by various cuts out patterns.

It should be remembered that certain variants of aesthetic hairstyles can not be applied to an animal in need of hygienic processing and in this case, preference should be given to the procedure that improves the health of your pet. Only then move on to the model haircuts.