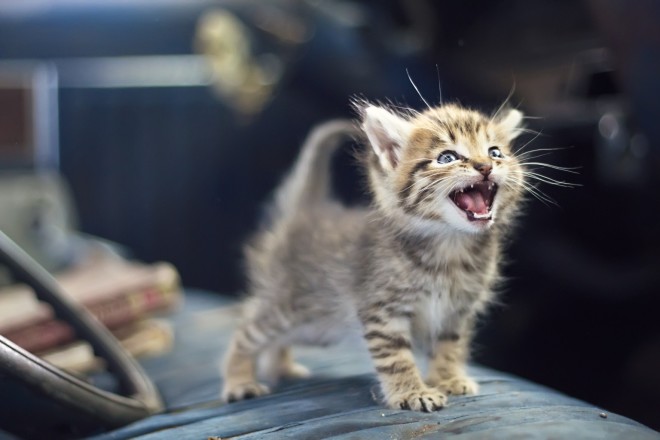 Many owners of furry pets often annoying constant meowing their favorites. However, few people think about what has caused the cat's meow. Currently, through the observation of cats found that they are able to issue more than thirty different variations of sounds. In this case, each animal there is a unique set of sounds you use. Their set depends on the cat's habitat and therefore how often it communicates with people or other animals (cats, dogs).

Goals that cats held a number of people allowed them to conclude that people communicate with each other primarily through sound and the human response is more pronounced in the voice and active than the reaction to gestures or body odors.

Meowing cat is always under a certain cause. Most often, your furry pet meow want to draw your attention to some its need. For example, requests to open the door, feed, play a note.

In fact, most meow sounds made by cats when dealing with a person are different variants of communication sounds kitten with his mother. After all, cats see their owners are not the leader (as in dogs) and a mother. Domestic cats are totally dependent on their owners, which provide them with food, warmth, care. No wonder that even adult animals behave with a man like kittens. 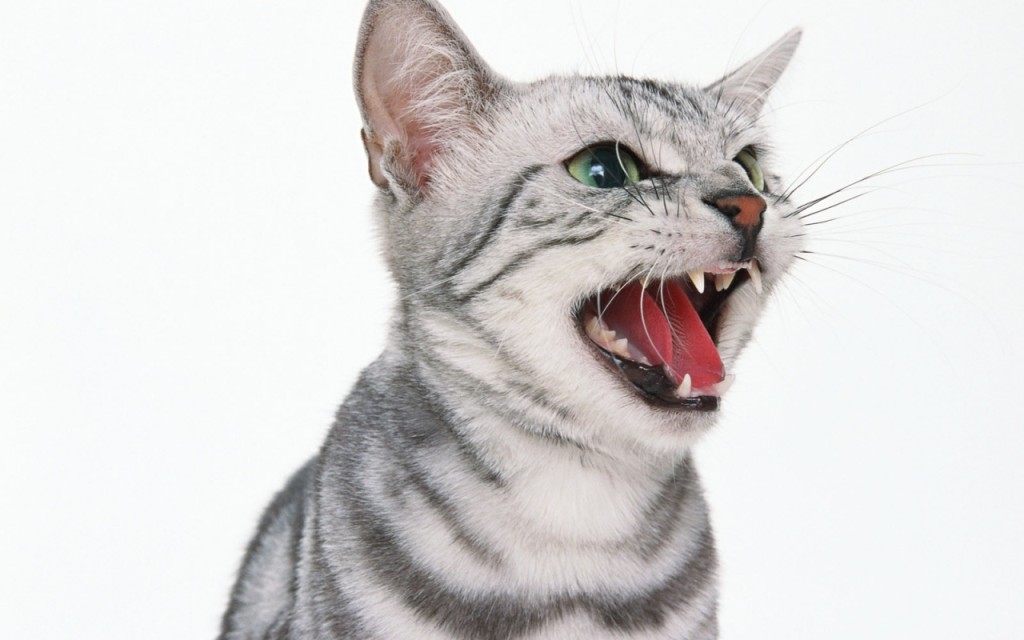 Cat communicate between themselves by odors of different movements, gestures factors behavior. Voice, they are not very often, mostly during courtship and mating, while clarifying the relationship (eg, in the battle for territory) and the interaction of the mother and kittens.

Cat owners need to know that any significant changes in animal behavior, including changes in the frequency and intensity of the emitted sound may indicate a change in the state of pet health. In this case it is useful to make an appointment for the veterinarian to determine exactly what has caused the behavior change pet.

Sample the sounds of cats and their meaning

Emit a cat can be classified into three broad groups: 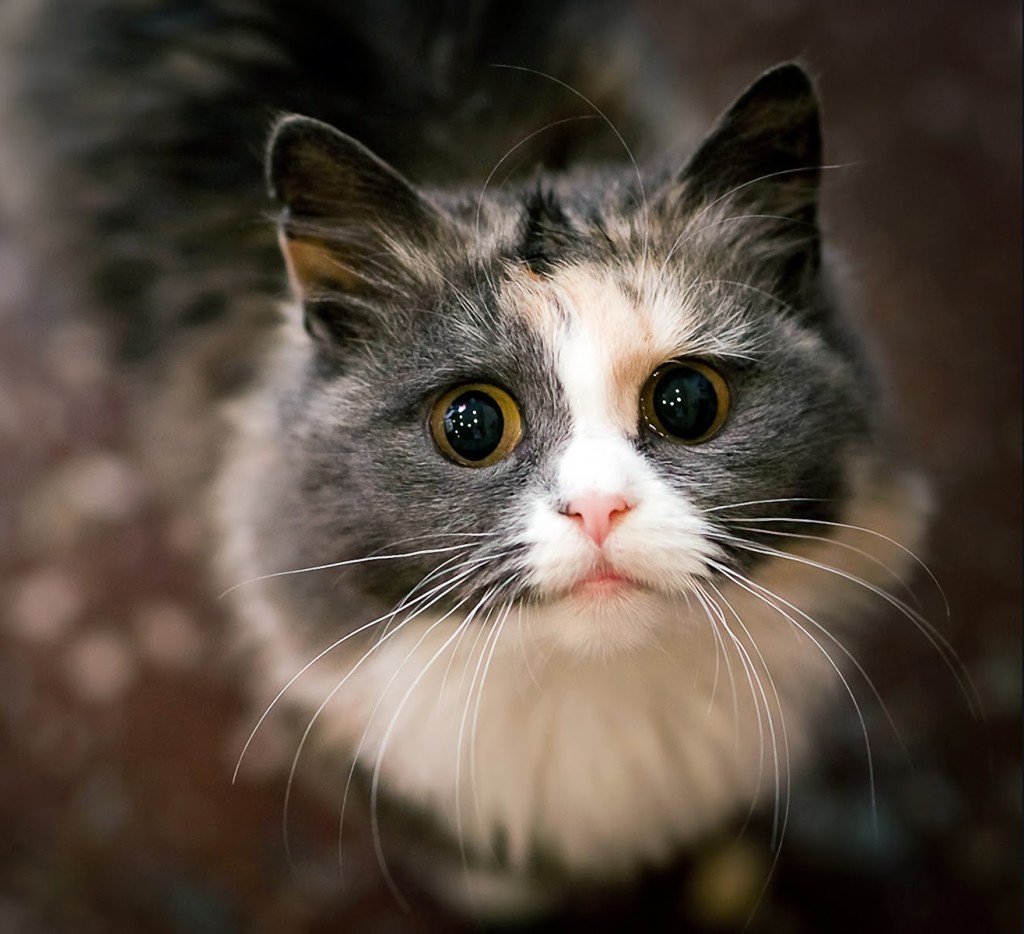 Within these subgroups, there are a wide variety of sounds. Some of whom are familiar to most cat owners, most of them is identical. Among the well-known sounds are the following: 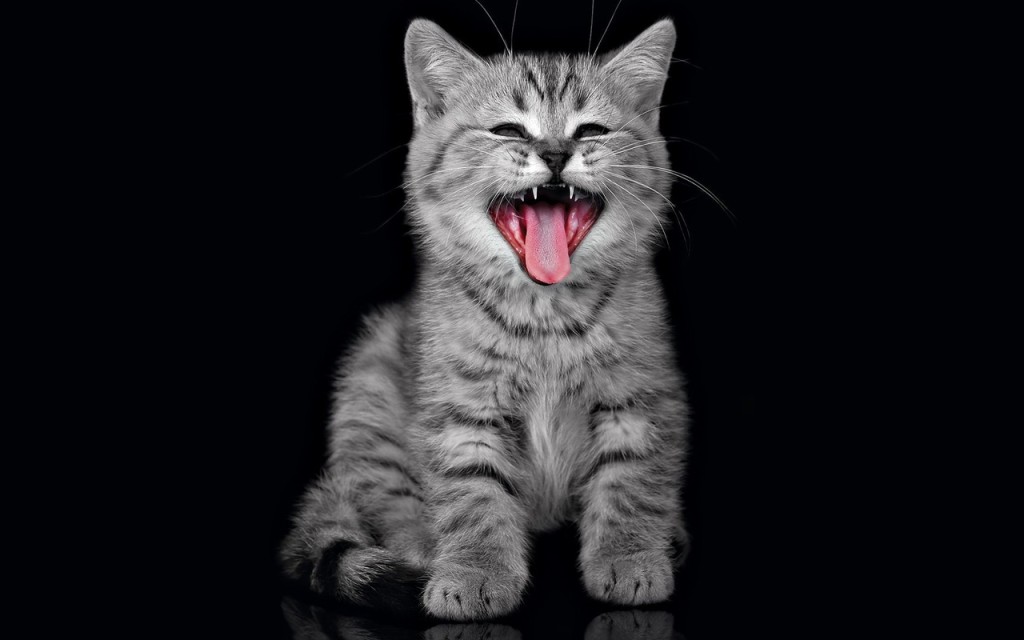 Reasons not to stop the meowing of cats

Very often, ongoing, bored meowing animal due to the fact that the cat is realized that by means emit a certain sound can get to meet their needs.

This phenomenon may turn into a habit, and your pet will meow more and more often. It can be very uncomfortable, especially if the cat does not stop meowing all night or all day. How to get rid of the cat's habits?

First of all the owner has to completely ignore meow, as in this case, it uses your pet to meet their needs (such as food). So you have to not give food when the animal emits irritating sound of you, but rather to feed the cat only when she behaves quietly. Absolutely identical to behave in the case when the animal continuously meow is asking you to play with him or pet him.

Do not scold the animal and do not shout at him when it meows, it's useless. If the above steps for ignoring does not work, then you may have to resort to extreme measures in the form of a spray. The method consists in the fact that the cat's meow will have to splash on it some water from the sprinkler. This method may not seem slushkom humane, as some animals such an unexpected shower can be intimidating, but harm your pet, he did not inflict.