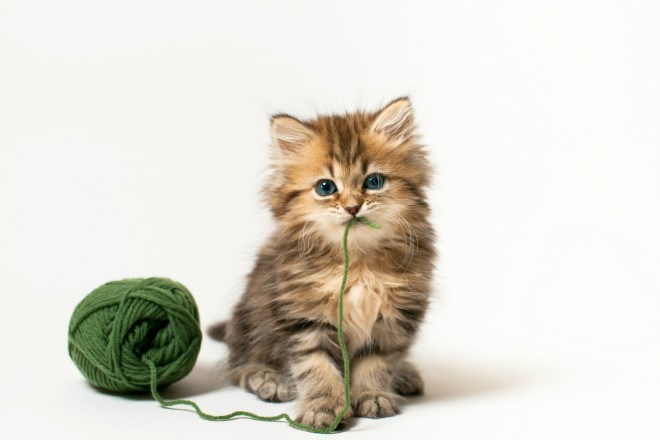 Plunging into the amazing world of cats, studying psychology and behavior of these wonderful animals man suddenly discovers a universe filled with violent passions, cunning, a whole range of different experiences. Often unusual cat behavior, her demeanor and react to different situations causes host to smash his head on the causes of a particular act furry pet. In fact, the spectrum of relations cats to the outside world it is influenced by a huge number of factors that affect the behavior of the animal line in any given situation. Wrong will argue that the psychology and behavior of cats is formed depending on education, inheritance, life experiences or moods, are also important, and other factors, all of their large population.

Many owners of domestic cats find their favorite family members see them as small children and deal with them accordingly. But often we forget that the cat, it is primarily an animal that has a pattern of behavior is radically different from the human.

Thus, the faster the owner will understand and accept this fact for themselves, the faster their relationship will be based on an understanding and harmony. After all feature cat behavior as a species have a direct impact on her behavior and attitude to the world. 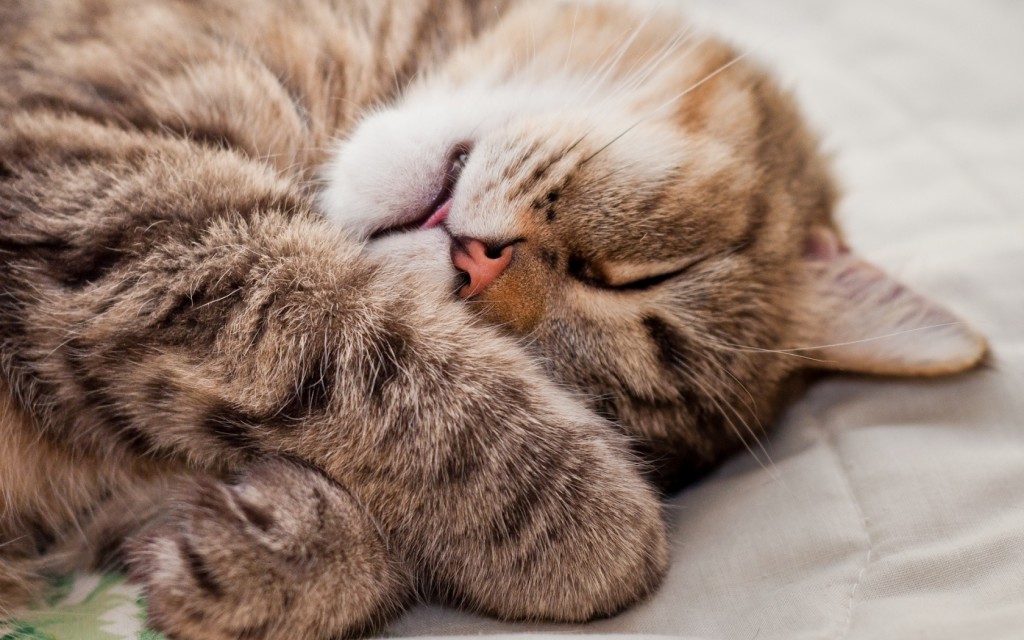 Agree, it would be strange to demand from the fish do not swim in the water and live on land, and the cat got into your house, does not cease to be what is important not to forget about it.

First, all members of the cat family is ravenous beasts, that fact very much reflected in the daily behavior of the animal. Since the cat, being a predator is at the top of the food chain, it is not a victim of persecution. Her world consists of possible victims and opponents, able to deliver a variety of troubles. So all of a sudden aggression towards the stranger, may be explained by this fact.

Secondly, the predator holds on to its territory and otherwise protects it. Regular patrols the borders of their possessions serve as a preventive measure to protect against possible attacks from rivals. It is therefore difficult to carry the cat moves, change of residence, and even moving furniture in the apartment-changing landscape. So cat aggression toward the visitor, sitting on her sofa, quite a normal reaction. So abusing an animal for such behavior, the owner enters into a confrontation with her, and this only adds to the conflict situation. Thus, it is necessary to show an animal that no guest is not an invader, but just a fleeting visitor, in this case the aggression is likely to come to naught. After all, cats are always adequately respond to the relatives, do not claim to territorial integrity of its possessions. 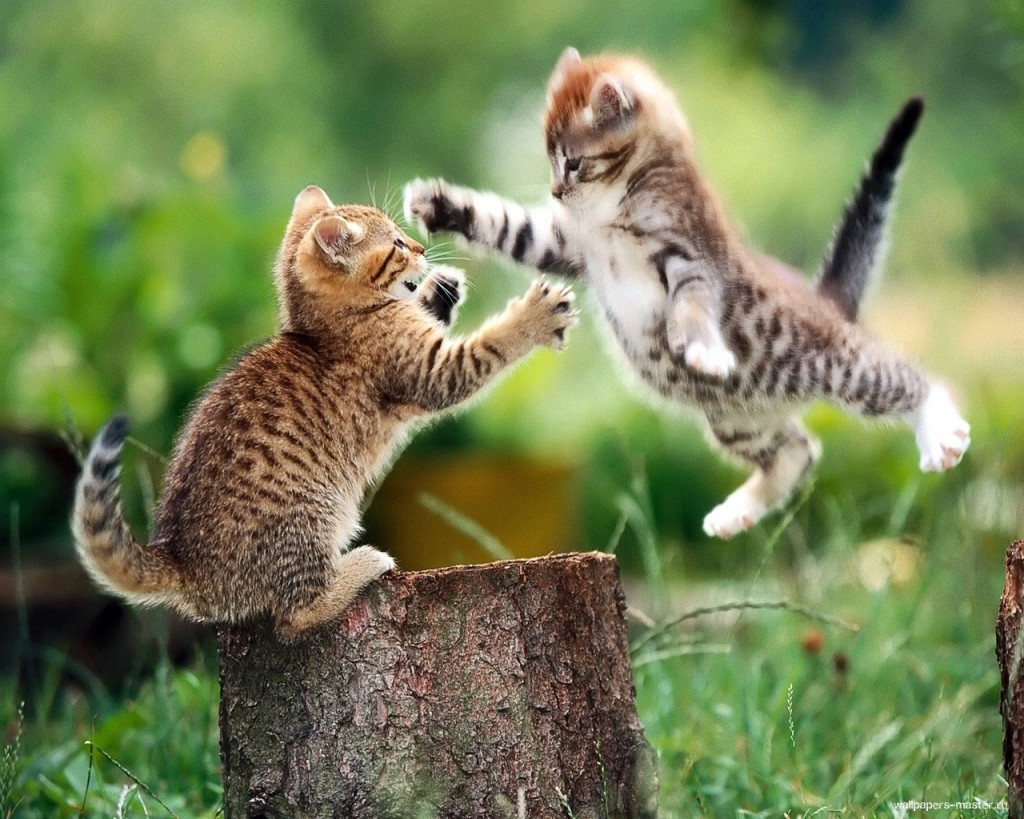 Third, the cat - a predator single, rely only on themselves. If you realize this fact and apply it to the behavior of pet, it is immediately clear up a lot, up to that point strange and mysterious aspects.

These wonderful animals have always kept tabs on the top and realize that in any situation you can rely solely on their own strength. This strong instinct manifests itself even after thousands of years domesticated lifestyle.

It is interesting that in relation to man, and especially to the owner, the animals are very loyal and allow him much more than his own kinsman. Experts believe that the model relationship furry pets and people built on the basis of the line of "Mother and Child". That is the cat perceives man as his own mother, and currently plays the role of a kitten in need of care. Although some animals with wayward character, often try to change this course of action, taking on the role of the mother. In this case, a person plays the role of a kitten or cat's lower status.

Daily behavior of domestic cats is highly dependent on lived experience. If the cat grew up in a home filled with a variety of other animals, it is the rest of my years will try to grab a larger piece to eat it quickly. Animals grown in isolation is usually a manner of behavior is not affected. Most often, restless behavior of the animal due to the weathered his earlier life experiences. For example, the pet is caught once in the hands of a very active and curious child, the rest of life will experience wariness towards children. Thus, trying to understand the behavior of your cat, keep in mind that she feels the burden of the experience of past years. 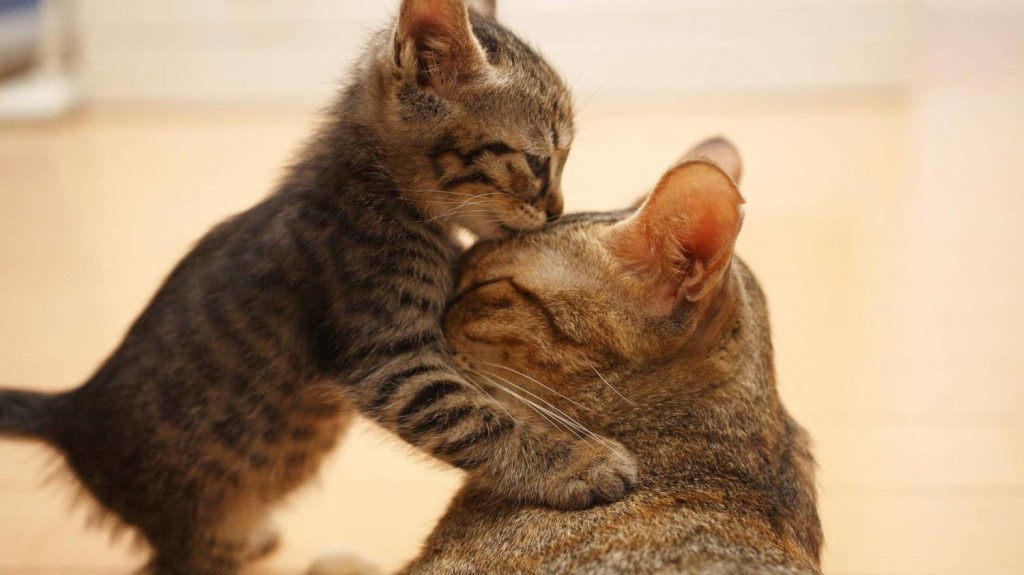 Naturally, the behavior of each cat is strongly influenced by heredity. Each breed has its own peculiarities. Some of them can not stand alone, and some, on the contrary, appreciate the privacy. Some breed get along well with children and other pets, and some are not. A lot of examples. The important thing, you need to take into account the particular nature and behavior, typical representatives of each breed.

The character and psychology of the behavior of cats is formed during the early stages of life. At the age of one month the kitten already has inherent only his character traits. The strongest kids making their way to the most milk pacifier, a weak or timid are pushed from the best places of the sisters and brothers who have an active life position. With age, the particular behavior does not change radically, so that an individual, used to be dominant in childhood, so for a lifetime and will remain.

Sometimes not quite adequate behavior of the animal can be attributed to neglect of elementary education from the owners. Acting, what is called, in obedience to the call of nature, the animal can cause a lot of inconvenience. When raising a pet is important to pay attention to the relationship of elements of education and behavioral characteristics. Agree, it is not reasonable to blame the animal for what it grabbed his belt dressed on your coat, because a couple of days ago, you were playing with him this same zone. Be careful, analyze their actions and pet steps for their relationship, determining the sequence of "cause - effect".