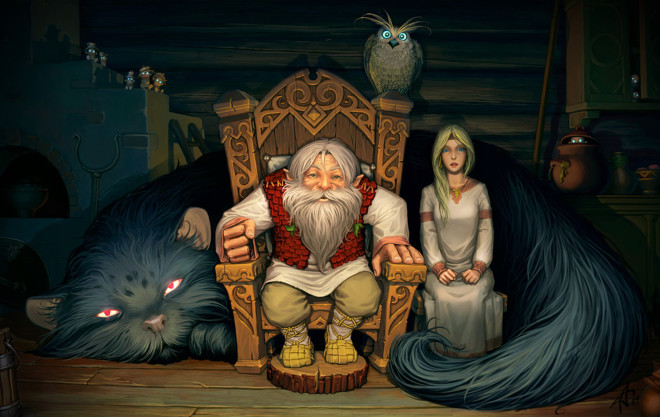 Historically, the spread of cats in the territories in which subsequently stretched Russian state, occurred simultaneously with the development of these lands of the eastern Slavs tribes.

Even before the adoption of Christianity cats occupy an important place in Slavic culture. Furry cat was a sacred animal and faithful companion of one of the main gods of the pantheon of pagan Slavs - God Veles.

It was believed that the furry pets have been the guardians of the hearth, and also acted as guides to the underworld. Cats often acted as fairy tales and legends of the characters. Known character C?te Baiyun could compose himself tales, I had a strong, audible for seven versts, voice, using their songs could charm the hapless traveler to death or cure ailments.

However, centrally engaged in cat breeding and cat breeds evolved in our country began only after the collapse of the Soviet Union. felinology science in Russia was developed towards the end of the twentieth century. Just at this period is work on the removal of the original cat breeds. Despite this, the world still continue to argue about ownership of certain breeds to the Russian selection. 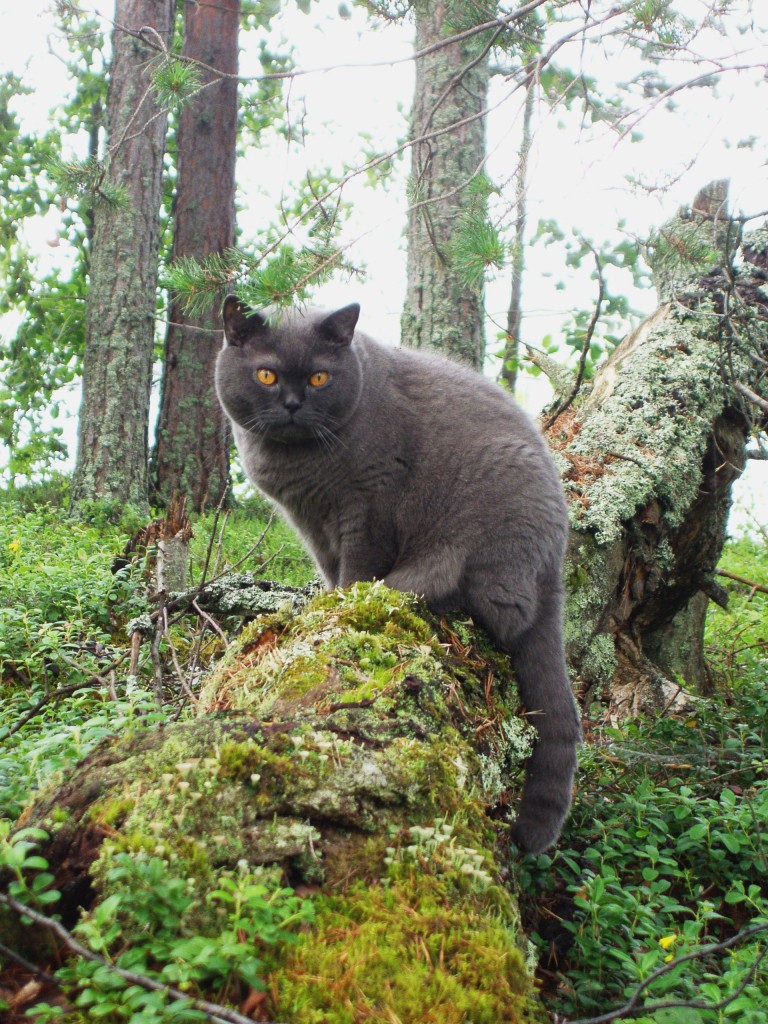 Case in point - Russian Blue breed. This breed has become known more while on the throne of Catherine II, in the second half of the nineteenth century. Some researchers argue that this breed was imported to Russia from abroad, and was called "foreign blue." Its modern name of the breed is acquired only in the future. Other researchers argue that the origin of this breed is its lead from the Arkhangelsk region. At present, a large amount of work carried out to improve the breed in England.

In accordance with modern classification distinguish the following species, which could be considered a Russian: sibirica, Russian blue, Neva masquerade, and Petersburg sphynx, Ural Rex kurilian, Karelian and Mekong bobtail.

Features of Russian breeds of cats

Classic Russian rock is considered siberian, over which local experts - felinologists worked with special care. This breed has absorbed all the conservative views of the Russian people about the cats. Large, furry, animal health, well-transporting Russian winter, with a strong hunting instinct. Russian cat breeds differ in a lot of all sorts of colors and naturalness. These animals carry a piece of nature natural wildness. They are very independent and confident in their abilities, but never betray his master, will not go to a place where the food is better. 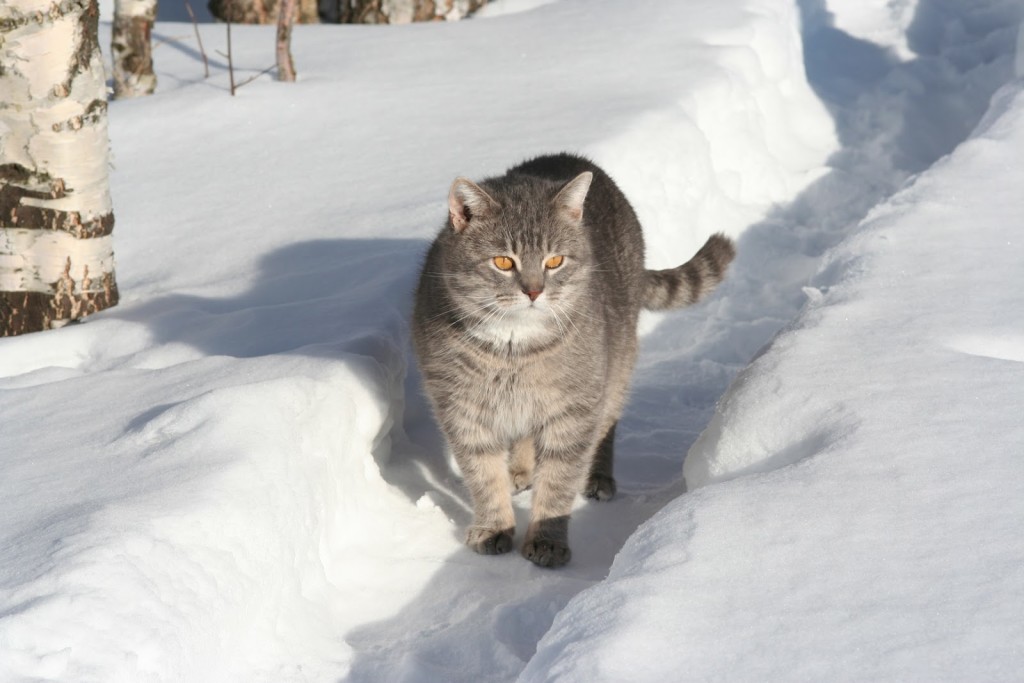 The basic material for breeding species became ordinary backyard or village cats living on the territory of Russia. At the same time we can not exclude the fact that these animals are in the process of life could be crossed with the cat family that live in the wild. This will undoubtedly affect the features of the behavior and appearance of animals. For example, such features appear in the character of Neva Masquerade cats.

Also Russian breeds of cats have another remarkable feature - they have a short pedigree. Cats having more than four generations in its history - a rarity, except for Russian Blue.

Just for this reason, some Russian breeds are not conserved. For example, in the presence of certain external signs of normal domestic cat can be attributed to the Siberian breed.

Unfortunately, many unscrupulous person use this fact to replace the purebreds on rootless. Sometimes, buying a kitten buyer only interested in the animal's appearance and reasonable price, rather than the availability of documents and pedigree. Then of these kittens grow animals which belong to the species declared in serious doubt. Appearance and behaviors not correspond to the description. So attentive attitude to the documents when buying animals in the Russian market should be universally valid norm. 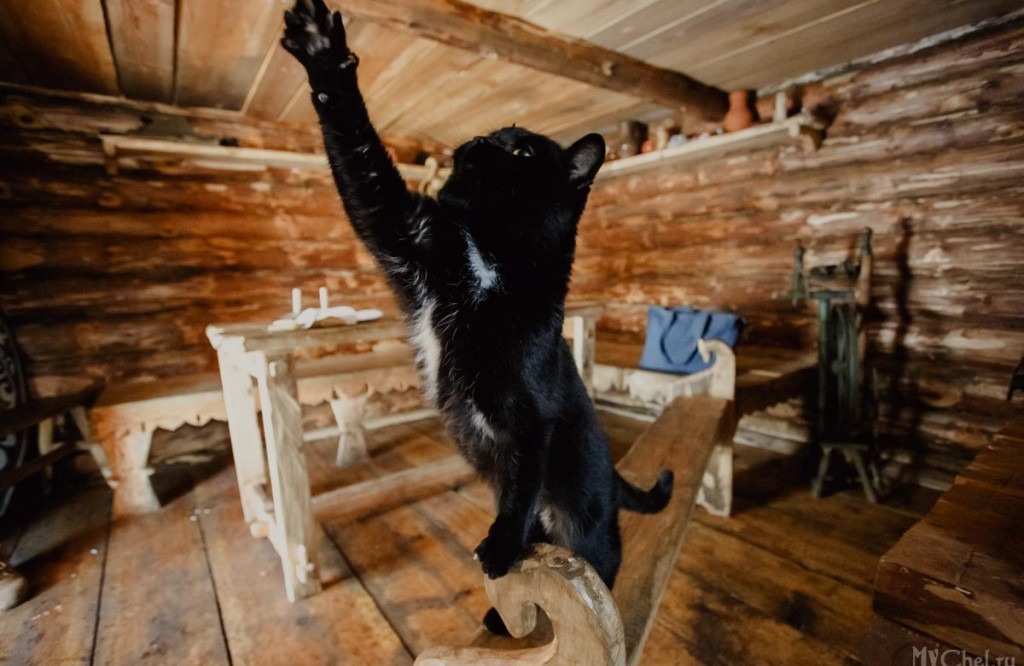 A look into the future

A unique feature of Russian cat breeds is the presence among them of all kinds of furry pets. In this list you will find besshorstnyh (Don and St. Petersburg Sphynx) shorthair (Karelian, Kuril, Mekong Bobtail) poludlinoshorstnyh (Siberian, Russian Blue, Neva Masquerade), as well as a unique breed, with hair having pronounced curled ringlets - Ural Rex.

Russian felinology developing work to improve existing and develop new breeds are not standing still. Russian specialists have amassed enough experience, and domestic breeders carefully suited to the choice of animals with an impeccable pedigree. Thus it is possible that still many unique cat breed appeared in Russia.