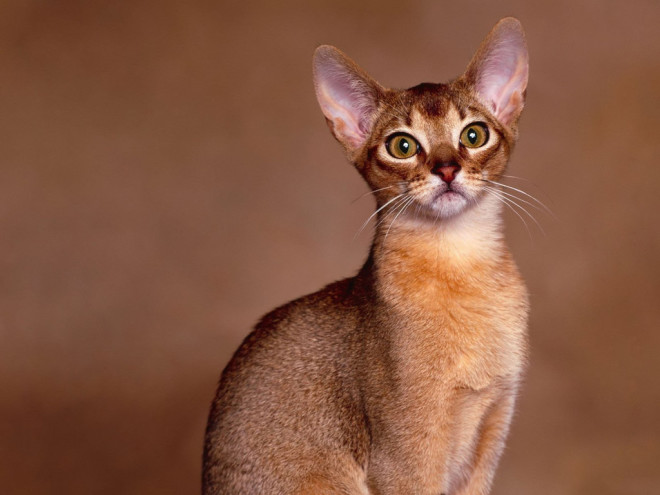 Abyssinian cat - is the embodiment of mystery and elegance. They are surprisingly graceful and beautiful, and why it is so popular among cat lovers. Their origins are still arguing professionals worldwide.

The story of the rock

On a common version of the homeland of these cats - Ethiopia, which was formerly known as Abyssinia (hence, in fact, the name of the cat). According to this version, the first representative of the breed in Europe is considered to be a very definite cat named Zula. In 1868, it brought to Britain from the military expedition of Captain Barrett-Lennard.

The first breed standard was officially published in 1889, but it is quite different from today's, in particular a large number of acceptable colors.

Some believe that Abyssinian - all founders of all breeds of domestic cats, claiming that the first domesticated members of this family have appeared in Africa, they are. By the way, to this day in some African countries cats of this breed are considered sacred, and their number even determines the kind of wealth.

The British also who are avid cat owner, but recognizes only the breed, bred by them, still believe that the Abyssinian way are not descendants of wild African cats, and occurred during a completely random matings ordinary British tabby breed (who could doubt it!) .

One way or another, but in the 19th century, these amazing creatures began to appear at the specialized exhibitions in Britain, and in 1896 they brought the National Book Cats fans, officially recognizing the breed. During the First World War Abyssinian cat in Britain was almost gone, but helped restore the breed American breeders, which are claimed in 1907 were taken a couple of cats in the United States and engaged in their cultivation.

In the form in which we know abissinok now we registered them according to some sources in the 80-ies of the last century. The breed has eight varieties, depending on the color of the animal's fur, but only four of them recognize the majority of breeders, considering particularly preferred. 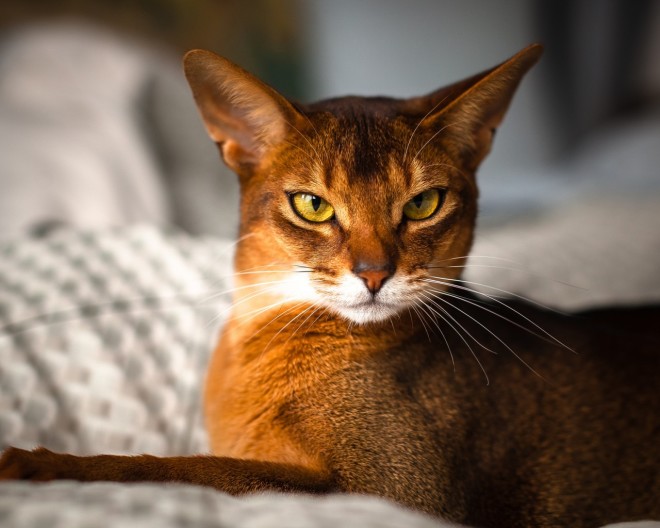 Ticking, incidentally, is called color type in which each strand of wool dyed animal two or three different colors, whereby the coat is not created by a distinct pattern, and the characteristic iridescence. According to the structure, the wool at abissinok thin and short, close to the body.

Abyssinian cats medium size body with a well-developed, but not pronounced muscles, legs are long and slender. Paws small, the tail is quite long, tapering towards the tip. The head is wedge-shaped. Eyes - almond-shaped, slanted, usually yellow or green. The ears are large, vertically set, with little tassels on the ends. Weight - from 4 to 7.5 kilograms.

These cats are wonderfully elegant and graceful, and their habits are very similar to the trot.

Despite its similarity to wild cousins, the character Abyssinian fairly balanced. As a rule, they are not bullies and not resorting to the teeth and claws without good reason. With the right upbringing they will not spoil the furniture, to sharpen her claws on and jump on the curtains and carpets. And, as a rule, understand the ban on the first try. 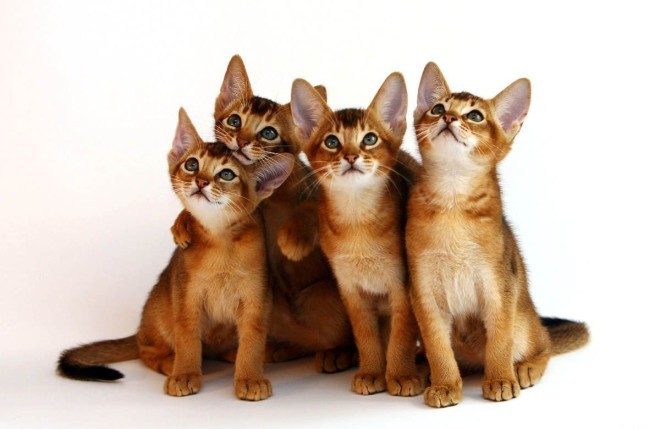 Abyssinian is very intelligent, easy to train and have a lively temperament. Like kittens and adults happy to sit and play. Another feature is their insatiable curiosity.

They poke their nose in where it is possible, "to help" master in all domestic affairs, following him everywhere.

Abyssinian cats have a high stress tolerance and socialization, so live well, as with other representatives of the cat and dogs.

In spite of the clear expression of focus on human and devotion to him, Abyssinian sufficiently independent and require a respectful attitude.

Care Abyssinian and their contents

Since the cats of this breed have short hair, and the care it requires simple - enough to comb the animal once a week brush with frequent teeth. But the ears of these cats require careful attention. They need to be cleaned regularly in order to prevent getting infections. It is recommended to wipe them with a cloth dipped in lukewarm water. 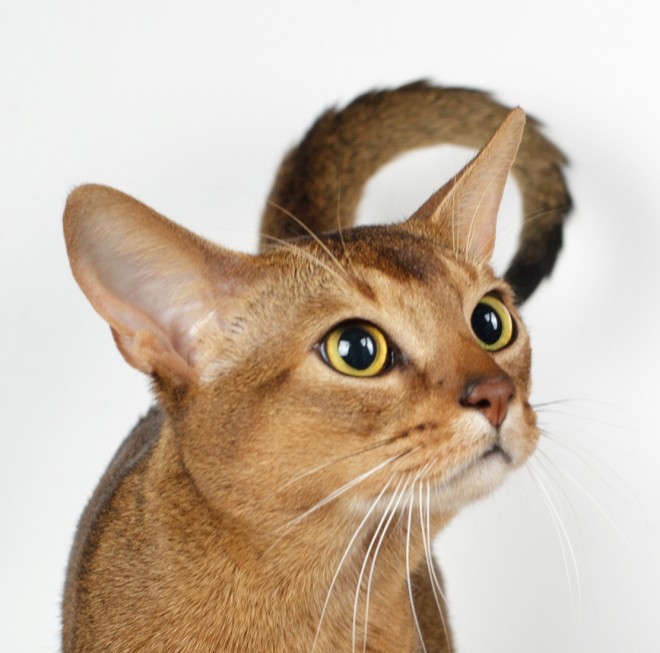 With proper care, these pets can live up to 20 years. In this case, you need to carefully monitor their health because of the breed there is a genetic predisposition to kidney disease. Especially prone to this cat with blue color. Also abissinok encountered blood disease related to violation of the integrity of red blood cells. But the tendency to genetic diseases is monitored using a fairly simple test and the breeders who care about their reputation, always check the offspring. Abyssinian also often suffer from gingivitis (gum inflammation). To avoid this, you need to follow the teeth of kittens and adult cats, and check them regularly by a veterinarian. The key to healthy teeth is also a proper diet. Overeating Abyssinian strictly contraindicated, or problems with the chair can not be avoided.

This cat breed requires a fairly large space and bad feeling in a locked room, and even more so in cages and aviaries.

From the early days of the kitten Abyssinian breed in the house or apartment, it is necessary to select a cozy corner in which he would feel himself the master.

Compared to other breeds, Abyssinian bring, as a rule, a few offspring. Typically, in a litter of one to three kittens, rarely - more. Cats of this breed are very clean and well cared for both a (estrus cat owner can not even notice) and for posterity, vykarmlivaya and raising kittens with a unique maternal care.