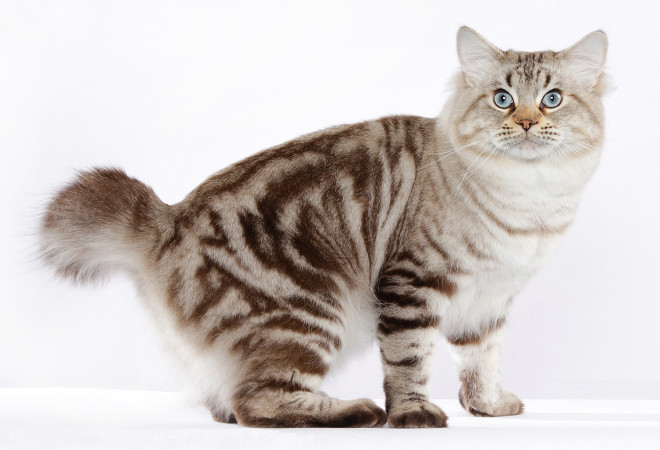 His story began this breed dates back to the time when, in the early sixties in the North American state of South Arizona in one of the Indian reservations was found the original color striped kitten with unusual, short, like a docked tail, which was nicknamed Yodi. Subsequently, it is this animal became the ancestor of wonderful breed American Bobtail.

These cats have a naturally shorter moving tail. The size of animals varies from medium to large, weighing from three to seven kilograms. American Bobtail have thick hair, well-muscled, athletic, well-developed physique. They have a strong, stocky body of moderate length, with a broad chest, flat back, slightly protruding shoulder blades.

The breed standard was approved back in 1970, however, its international recognition it has achieved only after nineteen years old in 1989. Breed American Bobtail recognized long-haired and short-haired versions, with color all possible colors, although most prized wild agouti.

In cats that have short hair, there is a moderately soft undercoat. In poludlinnoshorstnyh individuals wool a bit shaggy, but, at the same time, different density, has developed a very soft undercoat. There are decorating hair, located on the neck, chest, rump and hind legs, while it is not much longer than the basic wool cover. 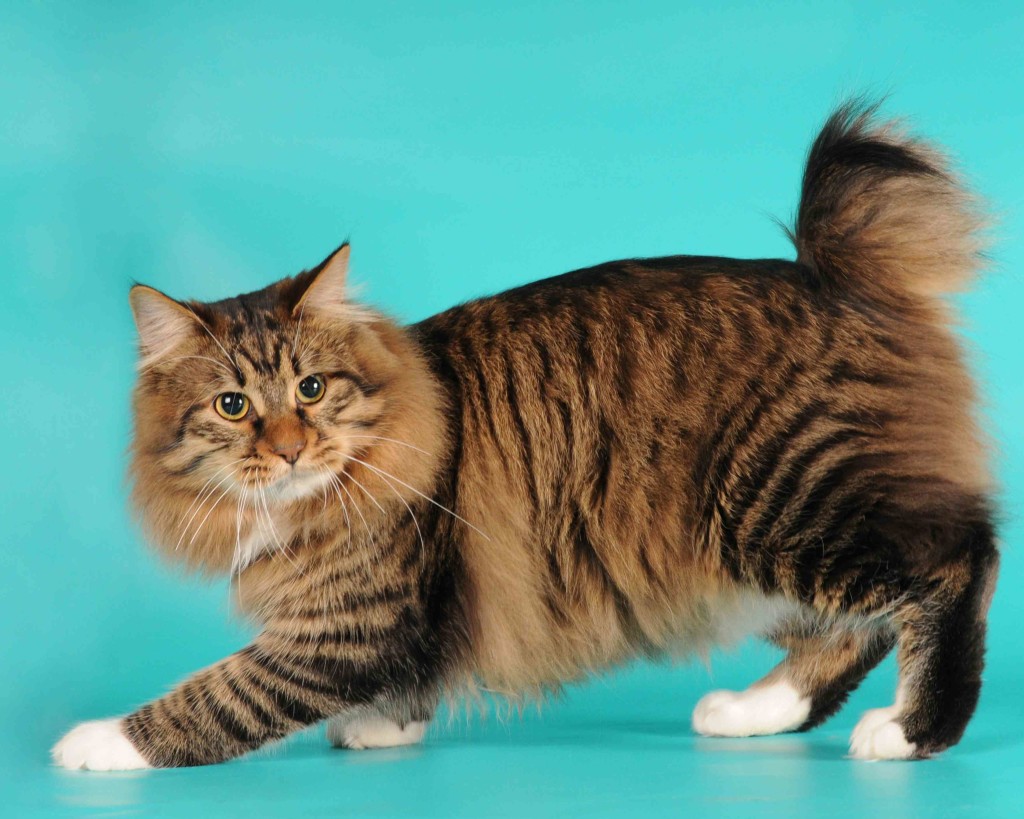 Similar habits with the habits of a wild animal. This fact does not fit in with the gentle and docile nature. American bobtail is most suitable for families with children. These cats do not like to stay for a long time alone, so if you are often away from home, it is better to reflect on the institution of another breed.

This cat breed is generally very discreet and does not bother their owners constant mewing, though have issued a wide range of sounds.

Very good, freedom-loving animals get along well with other pets (cats or dogs). Perfectly amenable to training, easily accustomed to the order. Really like to be in his arms, stroking and appreciate pochosyvaniya.

These cats just needed a walk in the fresh air, outdoor games. Be sure to take care of the hair of the American Bobtail, combing periodically and at least once a month to subject an animal to water procedures using special shampoos and. 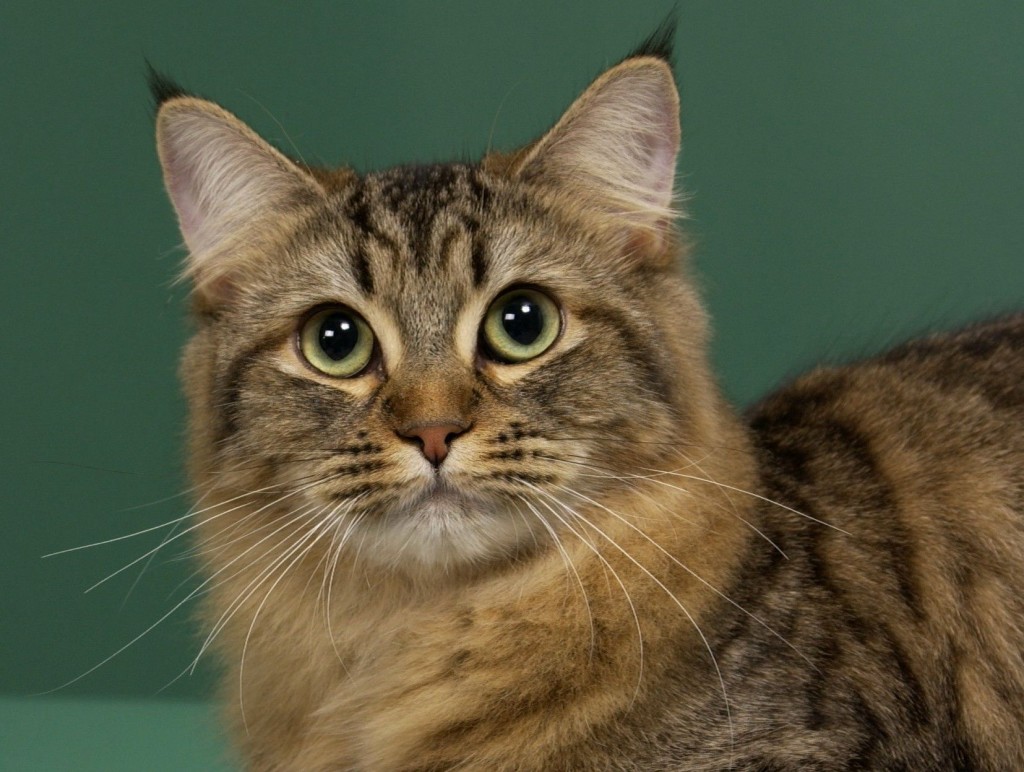 Also, be aware that the presence of the truncated tail of the representatives of this breed is the result of a genetic mutation, in this regard, the owners of these cats need to carefully monitor the condition of their pets, as they can often occur with health problems. Thus, regular visits to a veterinary specialist can prevent a lot of problems in the future.