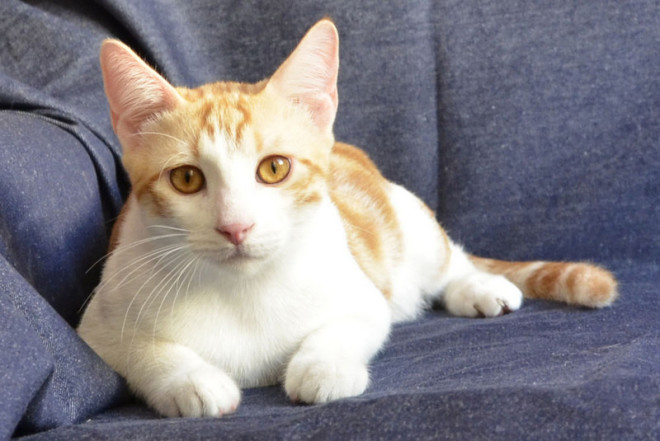 Anatolian Shepherd Dog breed is considered to be naturally derived, like the Angora cat and Vienna. This breed was formed in Turkey near Lake Van. Anatolian population of cats is most often found in Iran, Iraq, Armenia and southern Russia. The story goes that this breed is among the first domesticated cats. Many organizations do not recognize the Anatolian Shepherd Dog as a separate breed, and assign it a variation of the Turkish Van. But this version is wrong, because of their similarity occurs only in identical roots of origin. There is a list of features that clearly distinguishes Anatolian Shepherd Dog from Vans. Breeders of this breed insist to be recognized as independent, because it is still considered a kind of Turkish Vans. Outwardly, they are very similar, but they should not be confused with each other.

this breed value in a certain wildness, you can call it the only domestic breed of "wild cats".

Body - typically medium to large size, well-developed muscles, bone structure of medium strength. Massive and strong neck and chest. the average length of limbs, round paws. The tail is medium in length, well-pubescent.

Ears - Large, wide at the base, with slightly rounded tips. It sets high, straight and vertical.

Wool - rather short, with little undercoat, coat texture is thin, but feels that "crunches".

Color - not permitted color-point, bleached colors such as chocolate, cinnamon, lilac, fawn. All other colors are recognized.

This cat breed is particularly talkative and intelligence. It is inherent in a quiet, melodious voice, rather reminiscent of "tweets." They are not intrusive, despite the fact that they prefer to host your company. Kittens are very energetic and inquisitive. At older ages, not so violently show emotion, but do not cease actively playing. Anatolian cats have unique facial expressions, due to well-developed musculature of the front part of the head. On them you can immediately recognize whether the pet is missing, rejoices, grieves or is offended.

In this breed increased sensitivity to music and water. They are very fond of moving its tail in time to the music, though have a great sense of rhythm, as well as love to splash or swim in the warm bath.

These cats are very friendly to everyone, have a high intelligence. It is easy to adapt to unfamiliar situations and are trained very well. This breed is very docile and happy to perform a reasonable command of his master. This cat with a special vigor capable of bounce and a half to two meters in height. Anatolian Shepherd Dog will become a loyal friend to his master, sharing with them all the care and joy. 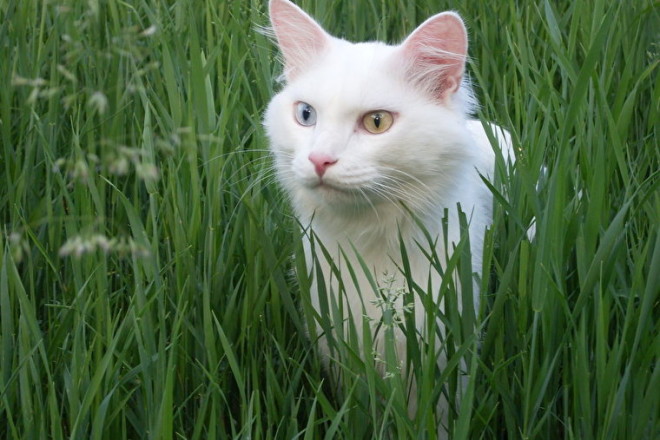 Anatolian Shepherd Dog is not too demanding to care for. For lack of a dense undercoat, it is enough of combing a week to remove dead hairs. To cat fur glistened preferred to use a brush with natural bristles. The rest of the grooming cat is very independent and copes. Although these cats and have excellent natural health, it is necessary to periodically inspect their mouth, ears and eyes. Cats are not susceptible to infection and disease, but sometimes require cleaning the eyes and ears. Their diet should be balanced and rich in vitamins. For the healthy growth of a full transition to a highly useful fodder.

Buy this breed is often very difficult, it is quite rare in comparison with others, and it costs about 100 thousand rubles, which is considerably more expensive than many well-known breeds of cats. The weight of it reaches 2.5 to 5.5 kg and lives about 16 years.