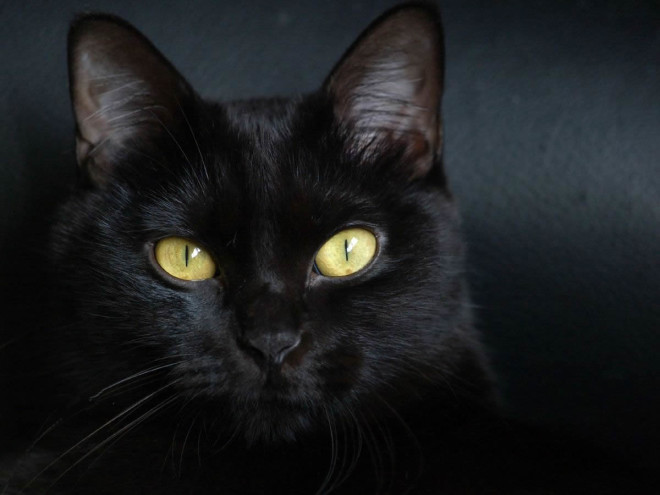 Bombay is also called a miniature panther. Indeed, this wonderful cat with a black shiny and silky hair is very similar to the appearance of a real panther, just a little. One of the exceptional features of this breed is that Bombay is completely black - from the footpads to the tip of the nose. The eyes of these cats have a unique bronze tint, which in her homeland was called "the color of a penny." Such specific name of the breed is not entirely corresponds to the place of its origin, as it may seem initially. Bombay originally from America, it was found for the first time in the 50-ies of the 20th century. It is important to know that this breed is also divided into 2 types: American and British rock.

Unlike the first, the British Bombay born from ordinary domestic cats that have similarities with Burmese. Therefore apparently it looks like "the Asian way." in the US and UK standards Bombay cats are very different, because American bombay, unlike the English, was bred by crossing Burmese cats to the American Shorthair.

These cats grow up very quickly, but they are not very large. Physically, they are formed only two years, and their puberty occurs early as 6-9 months. Females, how often it happens, the weight inferior to males. Adult cats weighing an average of 3 to 4 kg, the cat reaches a weight of 6 kg.

Many make the mistake of thinking that this breed of cats native to India. In the US state of Kentucky lived a great lover of cats named Nicki Hunter, I wish to bring the rock, resembling a panther in miniature. She started crossing the Burmese and the American Shorthair, resulting in only 4 generation was bred "pure" breed. Officially registered and recognized it as a separate breed in 1958, at that time from the period of the first mating took as many as 23 years old.

The black color of these cats is associated with a particular gene, however, when the two crossed black animals often are born kittens with so-called "sable" color. When crossed with American burmese cats in the litter is likely to be only one black kitten.

Ears - medium size, set wide apart, with a slight tilt forward. At the base of wide ears, slightly rounded ends.

Eyes - round shape. Color from golden to a dark orange, copper, the second most preferred.

Wool - a short length, shiny, lying close to the body. Undercoat she is almost completely absent. Wool is very pleasant to the touch.

Color - only black. Wool though varnished.

Sometimes in the rock there are some drawbacks relating to defects, such as sunken cheeks, malocclusion, green eyes, or white spots on the fur, as well as an incorrect number of fingers or a curved tail. Often kittens are born with a small amount of white wool, which later disappears. 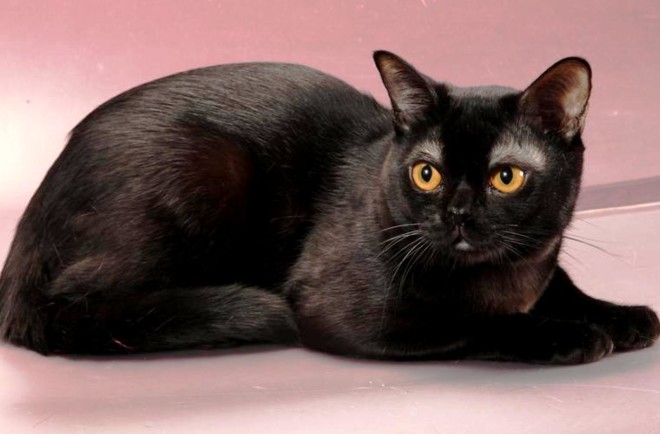 Bombay cats like warm weather, or just lie under a blanket next to the host. They are very talkative and always greet their host euphonious voice. Bombay is very peaceful, with great ease and readily make friends with anyone who takes the initiative. But do not relax, you need to keep a safe distance, because these cats around tend to be the first. These cats are just created for affection, they can not move away from you for hours. If the house to show him a reciprocal kindness and goodness, they will love each family member. However, among all of them choose the right one who will be the most loyal. Bombay live in the houses, the streets are not for them, because they are too pampered and thermophilic.

This cat breed is considered to be very intelligent. They are very smart and resourceful. Initially, this is reflected in their ability to adapt to the particular nature of the pet owner. It is about the so-called psychological adaptation. Bombay has always closely watching the people in the household, they are already well-known in a short time, how much you come home from work in time to prepare for the spectacular meeting you at the door. These cats love to play. They are distinguished by the fact that in addition to the simulation of hunting, a favorite game of all cats, they also love to perform tasks that require them to uptake. They quickly learn to open the doors of the rooms and master the mechanism of turning on the computer or TV. By the way, the TV they can watch forever, but still the most favorite subject in the house for them is a fan.

Bombay have the skills to manage their emotions, they never will arrange tantrums or be inadequate, even being in a stressful situation. For them seriously have had to endure loneliness, but it does not make them bored.

For children, they are quiet, do not offend them, even if a child inadvertently hurt them. In this case, they just go to another room. As mentioned above, they are trained very well, but it does not come by itself, the owner will have to every day to work on his character and behavior. It's certainly not a circus animal training, but it is necessary to train a kitten to your hands. 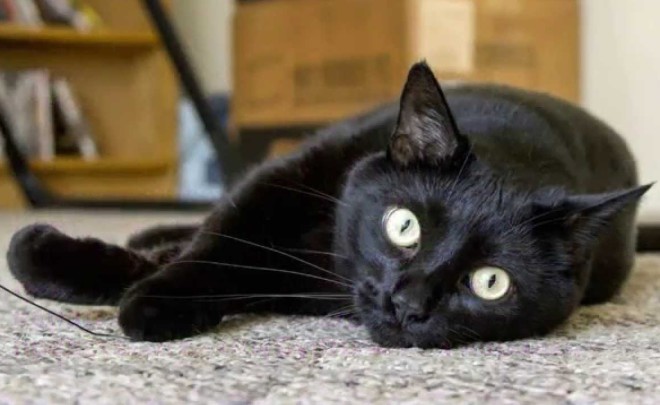 for Bombay care will not be difficult. Coat them short, does not require a constant scratching, however, during molting, about once a year, should be carefully comb hair falling out and after a short time, they will acquire new healthy hair. Periodically, they need to be washed about once a month, combing with the rubber brush, it will make the hair more soft and silky. The breed Bombay cats can become very watery eyes, they should be cleaned with a swab dipped in tea or plain water, removing the selection. Ears wipe the outside dry swab. It should also closely monitor the state of the teeth and clean them with a small toothbrush with toothpaste designed for cats. Even if you have in your home scratching posts, it is necessary sometimes to cut your pet's claws on a couple of millimeters. Feed of the necessary two times a day. It is desirable to do it at one and the same time, they quickly get used to a certain regime. It is advised for this breed is to use dry food premium. Combined power, on the contrary, it harms animals. But sometimes worth to pamper their meat, steamed.

Like many others, they like to eat well. Their daily schedule for breakfast, lunch, dinner, snacks and all kinds of snacks. If it was their will, they would constantly just did what lay in your lap and always something to chew. It should therefore pay special attention to proper diet, dieting. Consequences of dense nutrition in all may be affected in different ways, in some it is only the appearance of small fat folds, and someone is obese. Ensure that the percentage of protein in their diet was 80%, and the fiber is not more than 20%. 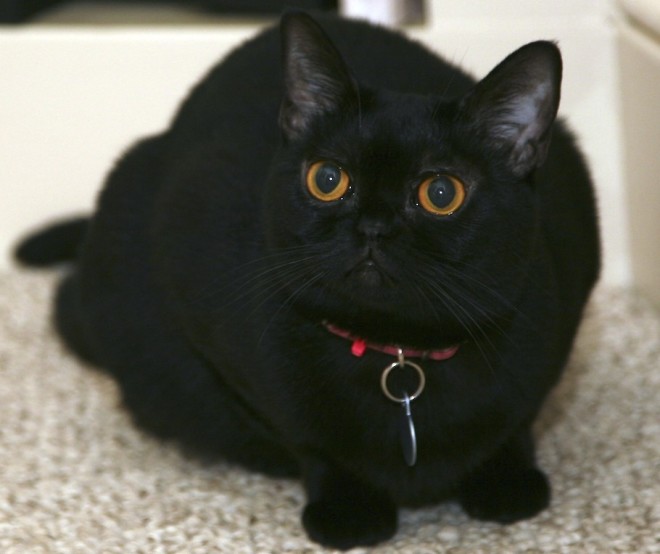 Some individuals are subject to euthanasia, because they still in the womb may develop craniofacial defect caused by malformed skull. This is reflected in malformations of the skull, tear, diseases of the gums and nose.

Even in animals of this breed may have problems with breathing due to strongly expressed stop, transition from forehead to nose. Bombay cat breed is a defect among the standard. Besides all this, from the American Shorthair they inherited hypertrophic cardiomyopathy. This disease can be fatal.