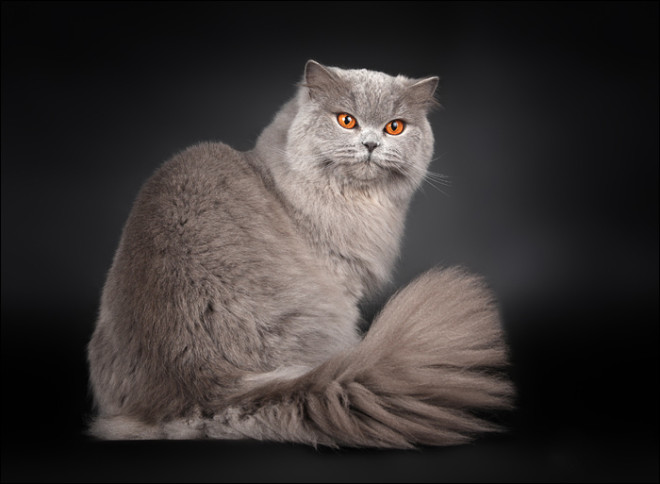 British cats and can vary not only all possible variants of color, but have a different length of wool. In the world known and loved by the British short-haired plush fur. However, today more and more popularity among breeders and lovers of kittens acquires British Longhair. Despite the fact that this breed is known as a long-haired, long-haired Brits actually belong to the group of semi-longhair cats.

British Longhair  (otherwise - Highlander) completely complies with British Shorthair, but their exhibitions evaluated in another group of wool. Experts carefully evaluate the grooming (preparation) Highland and structure of wool.

To date, in many countries there are special nurseries, which are engaged exclusively in long-haired British. They are often prepared to take part in exhibitions in various cities in magazines about cats. But also ordinary cat lovers British Longhair liking.

The head of this cat has a round shape, well developed cheeks and a rather high cheekbones. Neck long-haired Briton has a thick and short. The nose is broad and short, straight shape. Very sturdy chin. The chin and nose to form a vertical plane.

The ears are long-haired British round, small, wide-set.

The body of this breed of cats is low. Behind them straight, not very long. Chest broad, hips and shoulders are quite impressive. Size: medium to large.

Paws - strong, compact, round shape. The legs are short. Tail average length but thick and wide at the base, rounded tip. 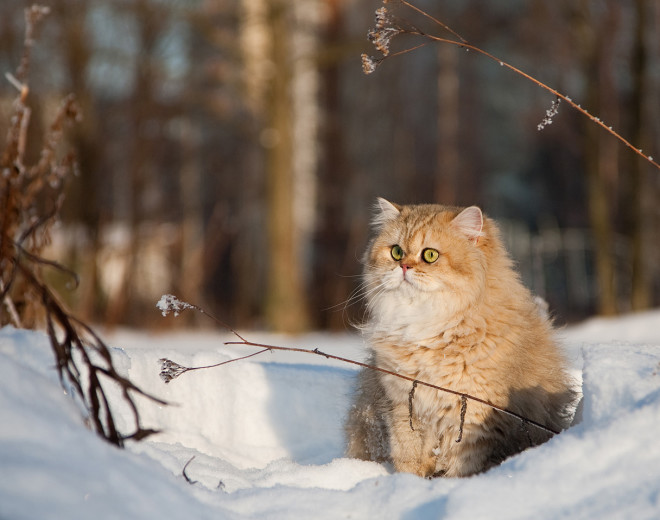 Long-haired British are very well trained. They can stay home alone unattended, thus will not spoil upholstered furniture, curtains and houseplants. Characteristic features of the British long-haired cats are the tact and intelligence.

Typically British Longhair does not require additional training, they are born with good manners.

Describe a pleasant disposition cats of this breed can be quite long. These cats are very inquisitive and unobtrusive. Males have a calm nature, but cats are very shy. They get along well with other animals, but will feel good while living alone. They do not require constant attention host. These cats always behave peacefully, which is very valuable in the games with the kids or when you visit the vet. 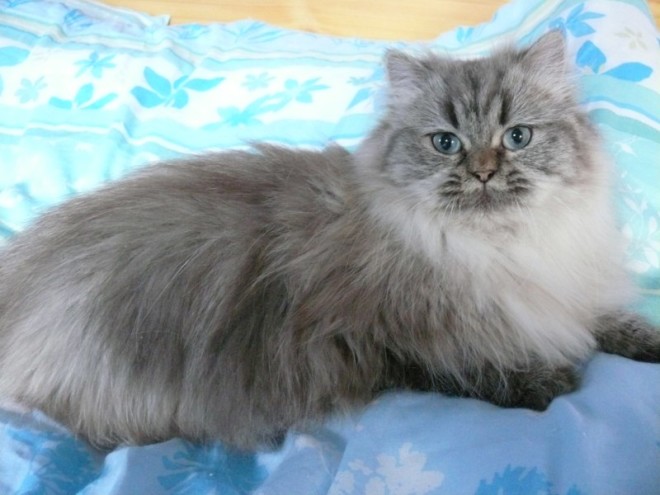 British Longhair quite unpretentious, it does not require special conditions of detention. This is a real find for the person burdened with chores. Their enough to comb once a day and the fur will always have a perfect appearance. British undercoat pretty thick, but tangles and tangling hair should not be afraid. Care for long-haired British is very simple: to feed, to caress, to love and to comb from time to time.

This breed of cat has a strong physical and mental health. Live longhair British for nearly 20 years. Some specimens of this breed, most often cats have impressive size and love to eat.