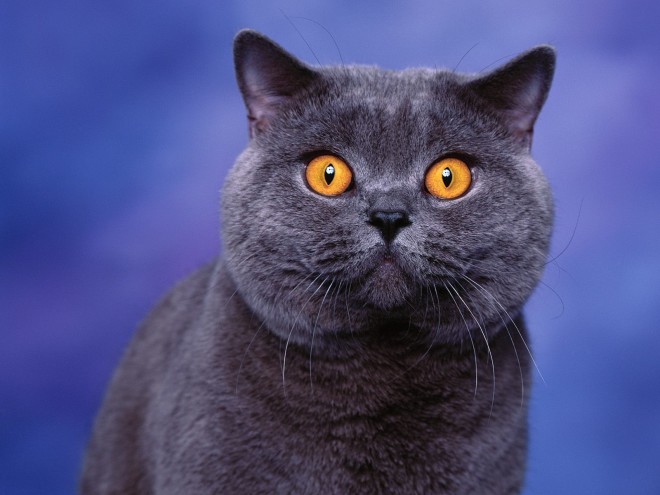 British Shorthair long been recognized as one of the main "favorites housewives." These noble beauties extremely popular and admired by people all over the world for its good-natured disposition and aristocratic appearance.

British Shorthair was bred back in the 19th century. They were received by crossing Persian cats with their English counterparts. And in the course of selection usual British street cats often used.

However, there is another theory of the appearance of this beautiful breed. It is believed that these cats were brought to Britain even the Roman soldiers, who took with them in raids on the island of big gray cat with glowing eyes. There's also a version that the cats were brought to Britain Frenchman sailors who kept gray handsome protection provisions from rodents. There is information that the sailors of the cats presented the monks Grand Chartres.

The history of this breed more than one hundred years. It was mentioned in the works of the scientist Charles line back in 1750, the year. Around the same time, this breed of cats is described in the work of a zoologist Georges-Lui Byuffona. Officially, the British Shorthair as a breed have been recorded more than a hundred years ago. But they are always popular so far. However, at that time, representatives of the breed were little distinguishable from the common domestic cat. Since then, scientists and experts have made great efforts to ensure that these cats turn into a real masterpiece selection. Through their work, now this breed acquired its present very special appearance.

Already in 1980 the British Shorthair enjoyed phenomenal popularity, and in the same year was approved by the championship title for the representatives of this amazing breed of cats. The official standard of the breed was registered in 1982. It was recorded basic information on this breed. To date, the British Shorthair is the most popular breed of cats in Moscow and the Moscow region. 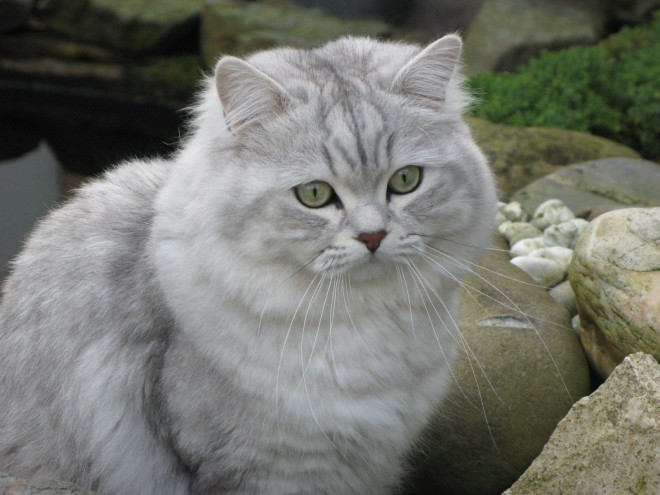 British shorthair cats are very pleasant to the touch, like a plush toy. They are endowed with a very soft double coat of medium length or short, very textured. Their ears have a slightly rounded shape. The eyes of this breed are very large, which makes this handsome men natured and calm appearance. His head are pretty massive and has a rounded shape. The peculiarity of the breed is a skin fold around the head.

British Shorthair can have different colors. There are both monochromatic and multi-colored cats of this breed.

Intelligence and character of the breed

British Shorthair easily amenable to training and education. They can train. These cats are different amazing ingenuity and the ability to memorize human words. But, despite their ability to learning, these cats are very stubborn. However, they are easily adaptable to any environment and are characterized by a high capacity for adaptability. This breed is known for the severity of his character.

It is important that the owner of British shorthair respected the special character of your pet and give him a sufficient amount of attention. With these cats is important to behave - not let the favorite to capture a dominant position. But do not show him too much tenderness. Cochet these do not get too often to stroke, squeeze, pull on your hands. It is not necessary to deprive them of independence and vaults. 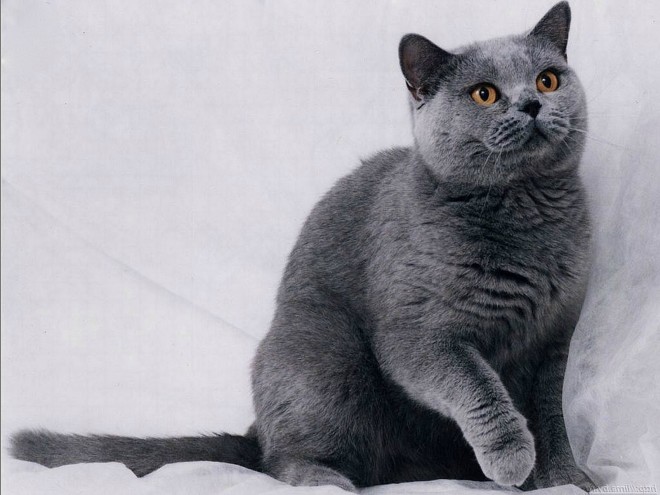 British shorthair cats seem to be specially created for the people, most of the time which is busy working. These creatures are quite self-sufficient and do not require special attention. They do not tend to suffer from a lack of attention by the owner. They are very discreet, we can say severely. They do not tolerate excessive manifestations of affection, and they can not be forced to do what they do not like. They like to be near the host, but not when they are at all times Teasing.

British cats behave like real aristocrats. They are kept and never show impulsivity or aggression.

This is a pretty friendly establishment, ready to make contact with new people and other animals. But only as long as not encroach on their freedom and independence. These cats can sense the mood of their master and are able to react accordingly.

This breed has a very special coat. It is very thick, very soft and has a chic undercoat. This hair needs special attention, since it is very copiously shed. Ideally Brits require daily combing. When it's time to molt, these cats should comb several times a day. This is best suited soft bristle brush or rubber. Hard brushes should not be used, since they can damage not only the hair, but the skin of the animal.

British shorthair cats need regular bathing. Water procedures should be carried out again in a couple - three months, in order to avoid some of the skin diseases. After water treatments hair these cats should be dried with a hair dryer on a low enough temperature so as not to burn the animal.

Kittens of this breed in most cases are born healthy. Breed is not subject to any particular genetic diseases.