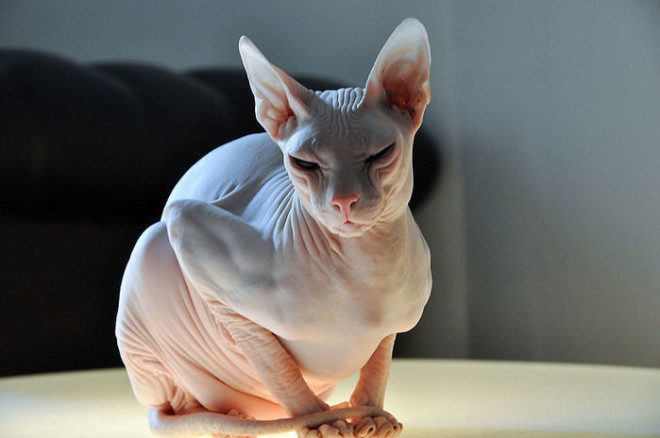 Sphinxes cause ambiguous feeling. On the one hand it seems that they have come to us from ancient times, having descended from the ancient Egyptian murals or statues as revived. And sometimes even created a strong feeling that this is some incredible creature came from another planet - is so fascinating look at these cats. Don Sphynx are one of the few Aboriginal rock Russian cats.

The history of occurrence of breed

Don Sphynx - one of the youngest rocks, which was open, in general, quite by accident. In February 1986, a native of Krasnoyarsk Elena Kovaleva, took away a kitten boys, whom they tortured one of the squares of Rostov-on-Don. Little martyr woman brought home, and called a kitten (it was a girl) Varvara.

Some time later, the cat began to get out on the back of the wool. Thinking that this is some kind of disease, Elena began to consult with veterinarians, but the appointment of treatment to anything not lead, bald areas and left. In 1990, also in February, Barbara lambing. As a result of mating with European shorthaired cat Basil were born three kittens.

Interesting cats interested in the future felinologist Irina Nemykina, who later became a world history feline. She was engaged in breeding. The ancestor was the daughter of the "marriage" Barbara and Basil Chita. Through a long laborious work of Irina new breed was obtained, which was registered as the sphynx in 1996.

Sphynx, despite his slightly strange sight, indeed a real Cossack. His body is strong, with well developed muscles and your back straight. The legs and tail of medium length.

The head is wedge-shaped with a strong chin, cheekbones and brow are well developed. Flat forehead with a plurality of vertical folds. Rounded snout, short and medium-length nose. Ears set high, rounded, with a slight forward lean.

Eyes of any color, slanted, oval or almond-shaped. Look - piercing and simply stunning.

Skin is soft, flexible, warm, covered with a light fluff or no hair. Collected in the numerous folds in the head and abdomen. 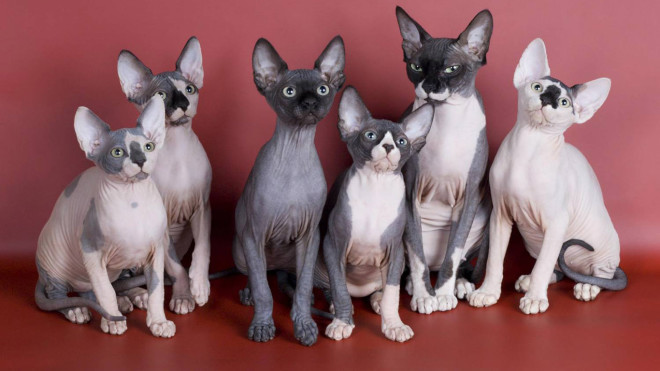 Many people confuse donchanin Canadian Sphinx. But this is a completely different breed. Let us see what is different from the Don Sphynx.

The nature and characteristics sphynxes care of

It's surprisingly fun, friendly and cheerful pets, their adoration master borders on obsession. Their character is very flexible. Sphinxes just love to sit on their hands, stroking and hugging - the word "bill and coo." They are very curious and moving, love to play. Smart and neat, so the content does not cause trouble in terms of the order.

Don sphynxes have excellent intelligence and get along well with other animals.

Caring for kittens, and for adult animals, some more complex than many other breeds of cats. Firstly, because of the lack of hair, they should be kept in a warm room and protect from drafts. Secondly, due to the lack of eyelashes eyes of kittens and adult animals need very careful care. They need to be cleaned regularly with cotton or soft cloth moistened with lukewarm water. Ears of these animals also require a permanent "supervision." Animal skin must be regularly cleaned. Of course, do not forget about timely vaccinations. 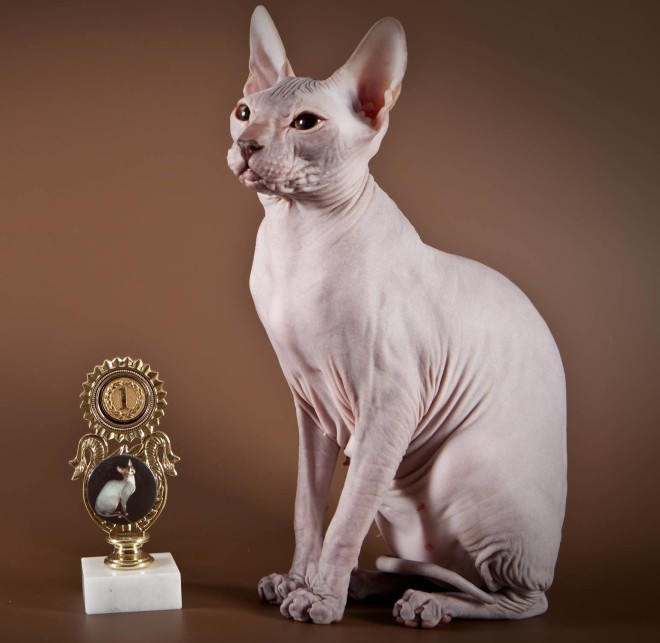 But the question of how to feed the sphinxes, requires little ingenuity. These cats are very unpretentious in food. In addition, they eat more than other breeds, because due to lack of hair at the sphinxes increased body heat.