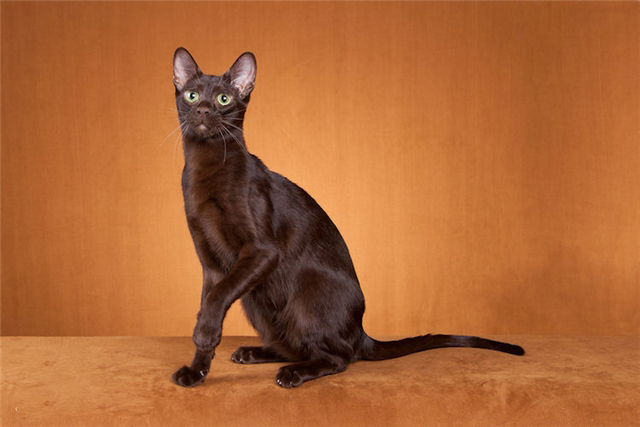 Havana home to breed cats is considered to Siam (now Thailand). Together with the Siamese and Orientals, these cats were brought to England in the 19th century. But Siam was lucky much more than the other two species - they are immediately recognized by the British "koshkolyuby". At the same time representatives of the British club Siamese cat lovers wrote that "nothing can discourage breeding cats that are not Siamese with blue eyes."

But at this club, fortunately, has not converged wedge of light, and there were breeders who came to mind is incredibly delicate fur color of coffee, feels like mink. So it began removing rocks. At an exhibition in London in 1894 was attended by the cat and the cat Timki Braun Granny Gramps. But they did not indicate the separate representatives of the breed, and therefore as "Siamese cat with greenish-blue eyes and shiny hair hazel." A little later, the representatives of this breed was brought to the United States, where Havana Brown also gained popularity.

Representatives of this breed was crossed with the Siamese breed Burmese and even Russian blue cats to obtain a stable color coffee color. Representatives of the modern breed standard was withdrawn in parallel in the two nurseries. During the World War the breed had almost disappeared from the face of the earth, but the sincerity of her fans were able to prevent this, seriously to breed. Since the late 1950s the breed was recognized in exhibitions in the US and UK. In 1964 he received the status of champion.

Even now, this breed is not widespread and is considered rare because very few nurseries engaged in her breeding.

Interesting fact - Havana Brown fans are still arguing about, where did the name. There are two versions of the origin - some believe that because of the similarity with the color rabbit fur breed Havana, while others believe that the name of my cat was in honor of cigars (the color of the fur koteek really looks like a cigar color).

The main difference between these cats - an unusually delicate coat color of coffee or chocolate with a touch of mahogany. To the touch, it resembles mink.

Ideally, the color should be absolutely smooth, without markings. However, in kittens it may be marks on the forehead or on the body, but as they grow older the color, usually aligned.

Another distinctive feature of the breed - an elongated head with a narrow muzzle neat. The ears are large, set wide apart. Eyes bright green without squinting, eyes very expressive. Paw pads and nose - pink. Vibrisy (whiskers) - be sure to brown, a color of the body, otherwise it is considered a vice. 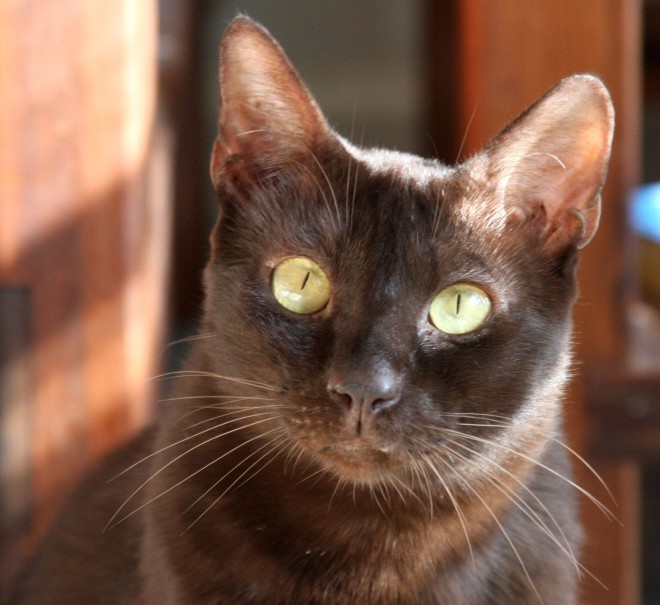 medium size body, well muscled, graceful posture. Despite the relatively modest size, these cats are quite heavy - cats weighing up to 3.5, and the cats at all up to 5.5 kilograms.

The nature and care

Character Havana Brown cat breed sociable, cheerful. They are extremely playful, very public (love to be the center of attention). Can not tired of playing with kids and other pets, especially with members of their family. Tied to a man, so the forced separation from the host can end for Brown serious illness, stress and even death of the animal. Well feel a person's mood, not too intrusive. They also have a soft, musical voice, a beautiful voice, a heart-rending meowing you never hear from them. 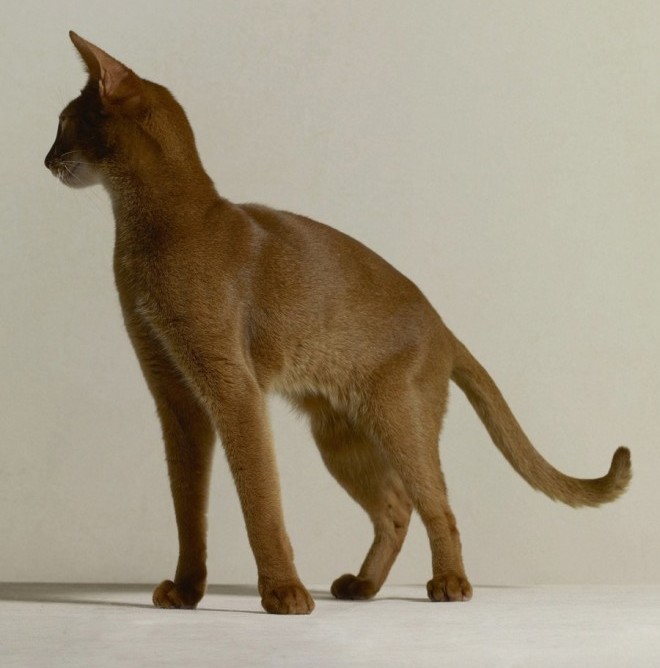 Caring for a cat does not imply anything supernatural. Combing wool once or twice a week, rinsing and lugs swab dipped in warm water and boiled periodic bathing. Suitable for content in a private home or apartment, unlike many other breeds easily gets used to a leash. But the attention and affection Browns need a lot, so people with a busy work schedule, these cats do not exactly fit.