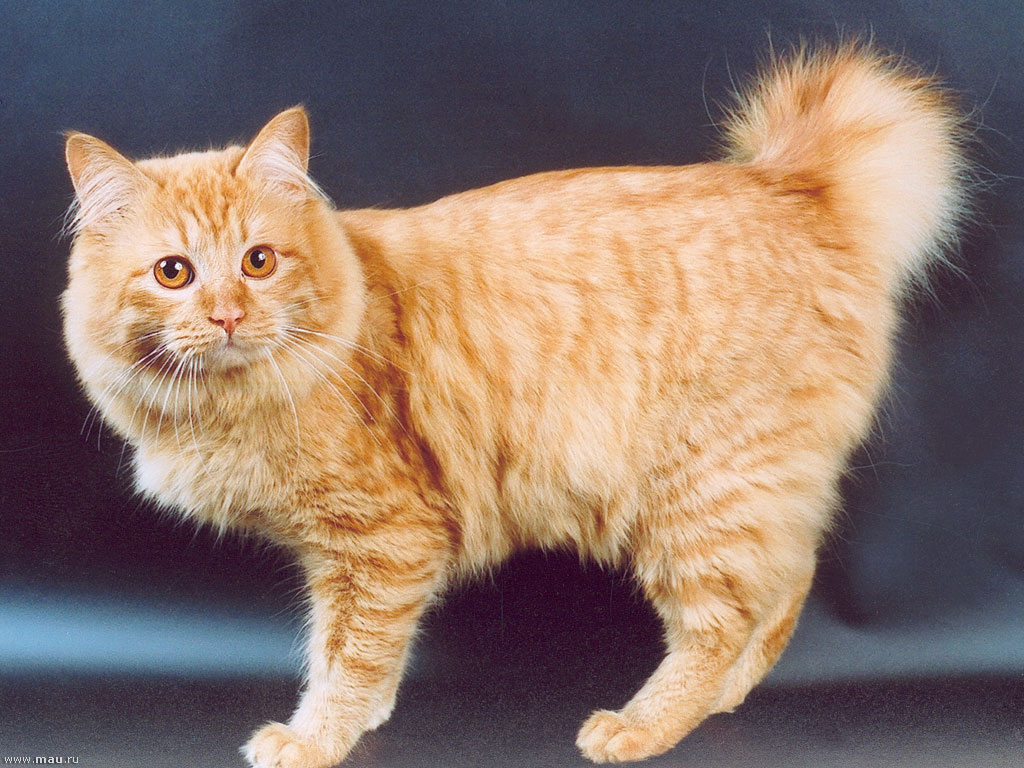 Kuril Bobtail ( "Bobtail" stands for "short tail") - one of the youngest officially recognized by the community of breeders of cats. This breed is the result of natural selection in the Kuril Islands, and only at the end of the 20th century, these cats were brought to the mainland. Studies have shown that the type of these cats and their short "tail-pompon" inherited stable, ie they are resistant breed trait.

The first standard Kuril Bobtail was accepted by the Soviet Feline Federation in October 1991. The modern Bobtail standard adopted in 2001.

No wonder these cats are called small household lynx. Bobtail strong animals, the size and weight of which are quite impressive. Weight adult cat may reach even 10 kg, but the average representatives of this species weigh 5-8 kilograms.

The head is triangular in shape with smooth lines, it is proportional to the size of the body. The forehead is rounded, with a smooth transition to the nose, cheekbones low. Eyes correspond to the color - for standard allows any shades of green and yellow colors.

There are two varieties of Bobtail - Shorthair and with medium length hair. The coat is thick and thin, with a well developed undercoat. Colors can be very different, not only allowed "color-point" and Abyssinian colors. Typically, the most common bicolor and tabby. The most exotic is probably spotted color with which cats especially like the owners of the taiga - the lynx. 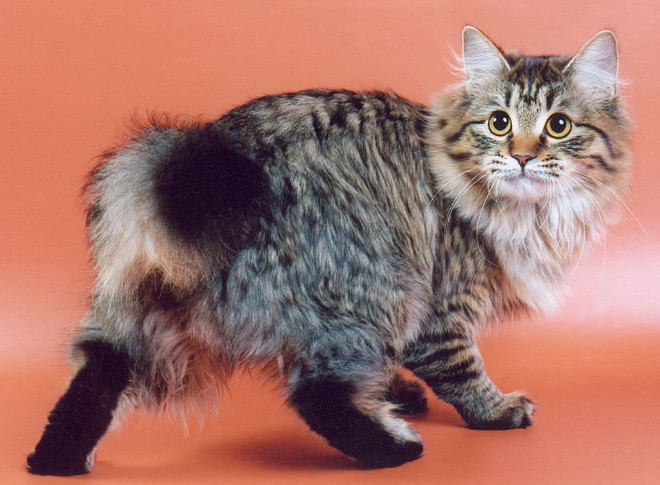 Coat of smoking has a truly unique properties. Firstly, it is not going into mats. And secondly, it does not get wet, as the homeland of these cats is very humid climate, and cats in the process of natural selection "learned" to handle it.

Bobtail's tail is the object of particular attention at the shows. About him is not enough to say - "short". Tails of these wonderful cats are completely different and different, such as fingerprints in humans. Basically, there are several types.

Surprisingly, in the nature of smoking is not the cat. If many other cats "walk by themselves," the Bobtail walks with the owner. His devotion, perhaps, can be compared to a dog - that they are also similar to the Siberians. These cats are very attached to the people, but like dogs, choose a single host, the rest of the family members are friendly. For the owner of the cat will go anywhere, even on a fishing trip. By the way, smoking - excellent hunters, they are very cleverly catch mice, rats, and even fish. And in the excitement of hunting, these cats can even dive for prey - they are absolutely not afraid of water. 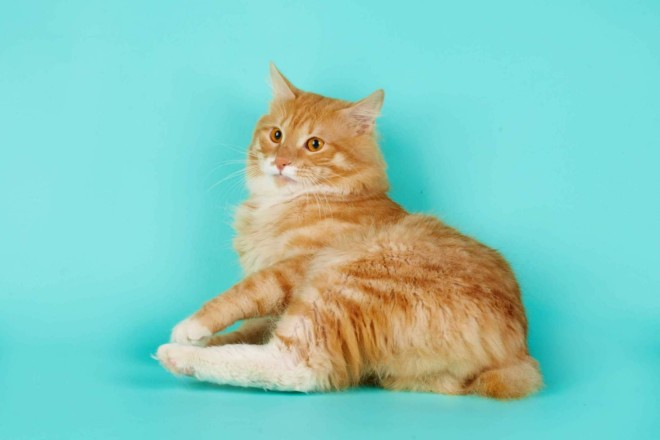 Despite the fact that Bobtail quite autonomous and independent (vivid proof that they survive well in quite difficult conditions of the Kuril Islands), they are very focused on the person and seek his company. These purring with pleasure spend time in the host on his knees, and their patience in relation to children are the envy of even the most seasoned nurse. As if the child is not squeezed his chetverolapogo friend, the cat never will float teeth and claws do not show aggression towards the "human baby".

In this case, they are absolutely not intrusive, delicate and will not persevere, if you feel that at the moment the owner is not up to them.

The voice of these cats a nice, soft, with a beautiful timbre.

In OES high intelligence. They are easy to learn - to stop undesirable behavior pet, as a rule, it is enough to explain it to the cats once.

With other animals bobtail also get along great, "agree", and even build a hierarchy with only their slave laws.

How to care for the Kurils

Bobtail like large spaces, they are very active and mobile. Every pet should have its own, separate place. It will be just fine, if you can install in your home or apartment any simulators for these cats with amazing dexterity. Tiered platforms of varying heights, tunnels, various stairs - Bobtail is very grateful for the opportunity to engage in "training". Incidentally, the Bobtail is also excellent jumpers. 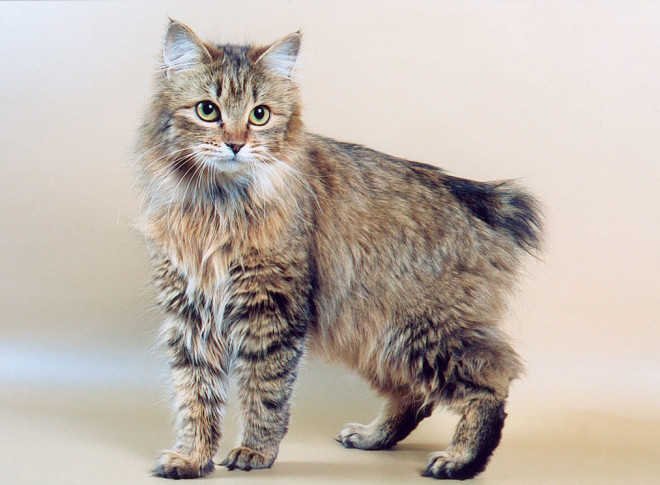 Combing hair cats can be, but not necessarily. Rather, combing will serve as massage, because as we said earlier, the wool of these animals does not roll and do not even get dirty. But for the eyes and ears need to monitor and periodically cleaned with a swab dipped in lukewarm water. And of course, despite the excellent health Kuriles, it is necessary to make all appropriate vaccinations.

Very good are the representatives of this breed to water procedures, more than that - really love them, and not just tolerated.

Like kittens and adult cats and cats are unpretentious in food. But do not forget that the food must be balanced and nutritious. It is best to present in the diet of those foods that Bobtail would get, living in a natural environment for it - meat, sea fish, vegetarian food. Due to the nature of the medium intestine Kuriles contraindicated dairy products and potatoes. The only exceptions are bobtail kittens, which can give milk. Experienced breeders are also not recommended to combine natural and artificial feed, so as not to disrupt metabolism.

If you follow all these simple advice on nutrition and care, your pets will please you a great mood, exceptional endurance and excellent appearance.