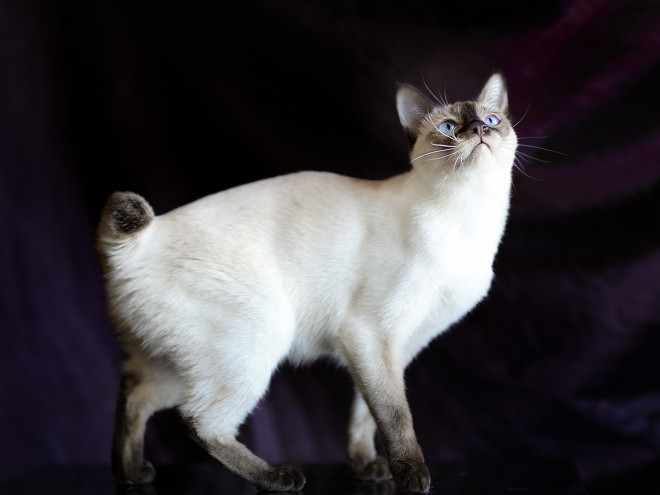 Its history, this breed leads from the Kingdom of Siam (modern Thailand). In ancient times, the Mekong served as guardians of the treasuries, as well as satellites ladies of the royal family. When the princess wanted to swim, all of its many treasures, worn on their own, they trusted his companions, stringing them on a cat's tail with the audience, thanks to which no ring does not fall to the ground. Generally, the tail representatives of this breed - a kind of identity card. Since this Mekong bobtail tail necessarily incorrectness of the base. And each tail is unique.

But the history of this breed has developed so that this unique feature would be lost. Since breeders began culling representatives with short with broken tails. But in spite of that in Russia there are activists, maintain and develop their population in spite of the reluctance to recognize the breed felinology. Thanks to their efforts we can find today in our country the representatives of this wonderful breed.

Mekong Bobtail - elegant and slender animal of medium size. Has a rectangular body with a well-muscled, almost straight, slightly rising to the rump back. It has a slender, medium length legs with oval paws.

The tail is not longer than a quarter of the body length, it has in its composition at least three vertebrae. It consists of hooks or components in various combinations. First incorrectness is usually at the base of the tail.

The head has a smoothly rounded features and a substantially flat upper part, Roman nose. Transition profile noted below eye level. Oval shape of the muzzle with a strong chin and lower jaw. In a transition region whiskers.

The cat is big, set high, the allotted bit back ears with slightly rounded tips.

Lying close to the body is glossy, short shorstka has a loose structure, with virtually no undercoat. The cat has a color-point of any color other than white.

This breed is mainly medium in size and weighing four to six kilograms.

The nature of this cat deserves special attention. The fact that the Mekong Bobtail pronounced canine habits. They calmly walk on a leash, like bringing his master a variety of subjects in his mouth and play the classic dog playing "fetch the stick." When walking, they clatter like a dog, as the claws on their hind legs are not drawn. If this cat danger and she is forced to defend itself, its self-defense weapon is likely to become the teeth rather than claws. 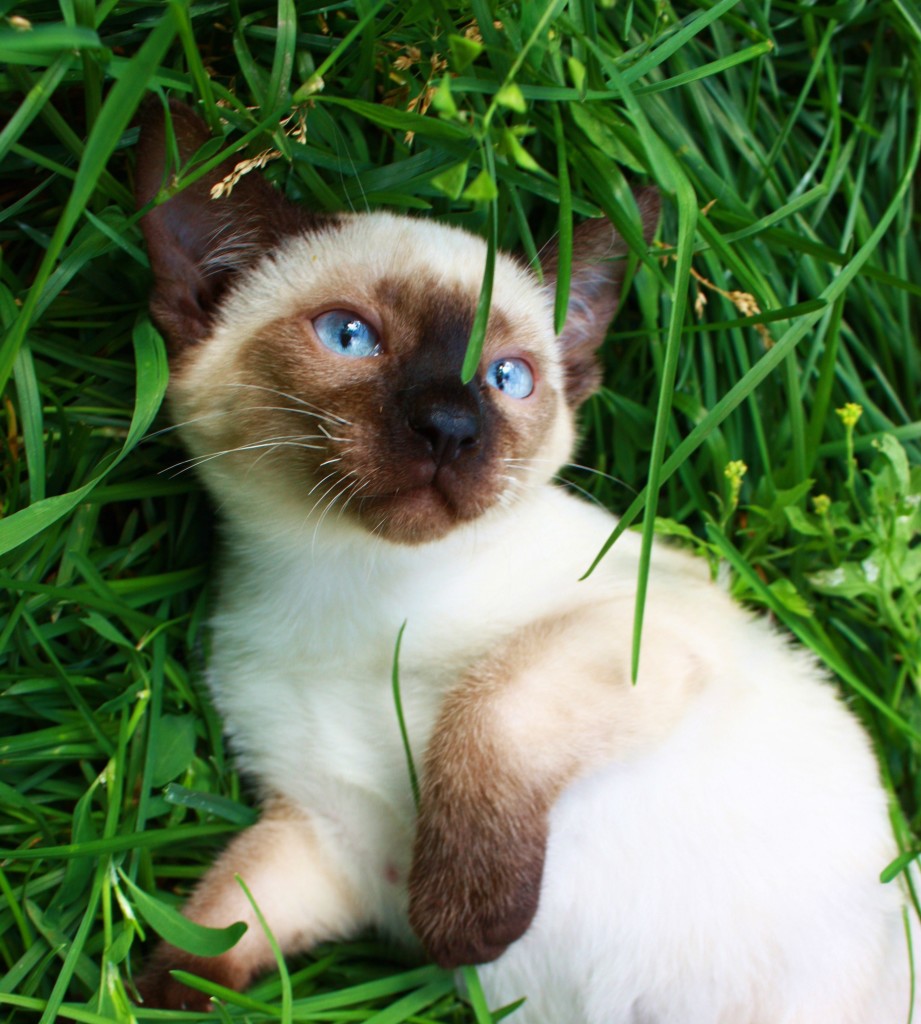 Curiosity representatives of this breed does not know borders. They are always next to the owner and do not look away his bright blue eyes from the oncoming human eye. Unlike Siamese cats Mekong Bobtail not pristavuchie, but at the same time very sociable. This, as we know, is a striking feature of the representatives of the eastern group of the cat breeds. Interestingly, in pairs in this breed matriarchy reigns, the cat is usually more important than the cat.

When a pair of kittens appear, the main burden of care of the education of young offspring takes on his father. The cat has been licking even the younger generation, to accustom them to the toilet and the new food. mother's task in the process of education - to feed the kittens and watch out for the cat, if it is properly raising children. If necessary, a cat regulates the process of education, showing his royal character. And cats are unusually dutifully carry this difficult period for them, without expressing a hint of dissatisfaction. Apparently to blame for the blue blood of their beloved.

Representatives of this breed can safely be called longevity. Their age can be up to twenty-five years, and does not prevent them to acquire offspring. The health of the Mekong Bobtail is perfect, but that does not mean that they do not need to instil and regularly show the vet doctor. The best indicator of the healthy state of your pet will be his inexhaustible energy, sociability and curiosity enviable. 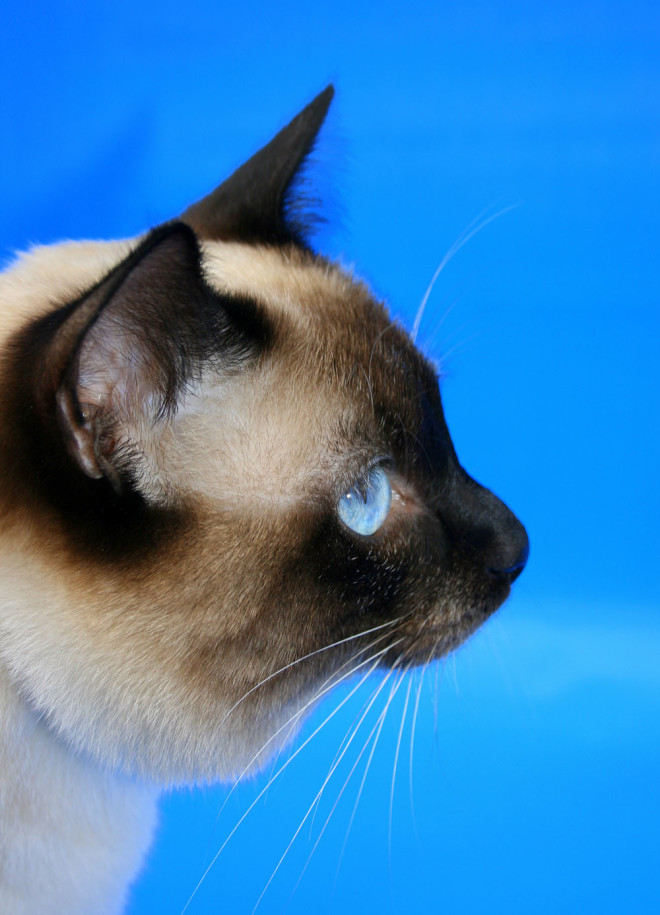 Taking care of these cats are not a burden to you. They themselves coping well with grooming, very carefully and cleanly. Do not have an unpleasant smell. Vychosyvat only need to molt, and then periodically. Water procedures expose necessary. You can simply wipe the napkin specialized.

Mekong Bobtail claws grow quite rapidly, so they must be cut at least twice a month. At the same time cut off the edge of a claw, or may be bleeding. It is also necessary to regularly clean the ears. It should be done very carefully, exposing only the visible portion. Auditory hole can not be touched. they wash their hands and brush their own eyes.

Representatives of this breed is very heat-loving. Some breeders believe that the color of the Mekong can be a sensor cooling cats than it is colder the hair darker.