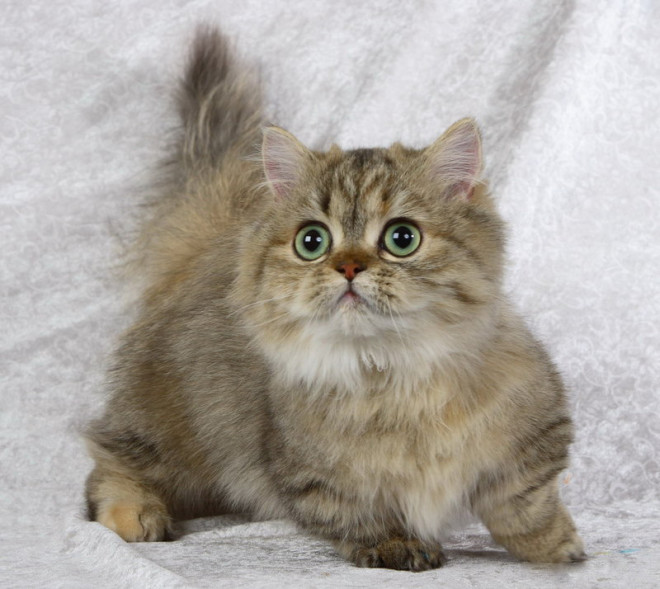 Cats breed Napoleon - an unusually fascinating creatures. Their hallmark is a fluffy fur and stubby legs. This is a relatively young breed, but it has already gained immense popularity all over the world, including in Russia. Cats breed Napoleon can be considered undersized Persians. The breed name is present irony, it is well known. That the Emperor Napoleon had a very low height and did not like cats.

American dog breeder basset Haunt Dzho Smit first saw the representatives of the Munchkin breed, so loved this charming short legged cats that could not help but think about their breeding.

Dzho Smit found that the gene that gives cats korotkolapost is not dominant. In korotkolapyh Munchkin kittens can be born an ordinary growth. These kids are no different from outbred cats and have only one value - the possibility to use breeding programs. And breeder was born the idea to create such a breed, which kittens will be equally valuable, regardless of the length of their legs. There is a view that their korotkolapost should not be the only feature. As a result of his reflections Smith came to the idea of ??cross Munchkin and Persian. After lengthy proceedings, Joe got the desired result. But the feline organizations did not want to recognize his breed. As a result, Joe threw the case.

However, soon I found a group of enthusiasts who decided to continue the work of breeding a new breed of charming kittens. They were more fortunate, and cat breed Napoleon was recognized in 2005. The price of these kittens in Russia is quite high, but despite this, they enjoy the same popularity.

The nature of the breed 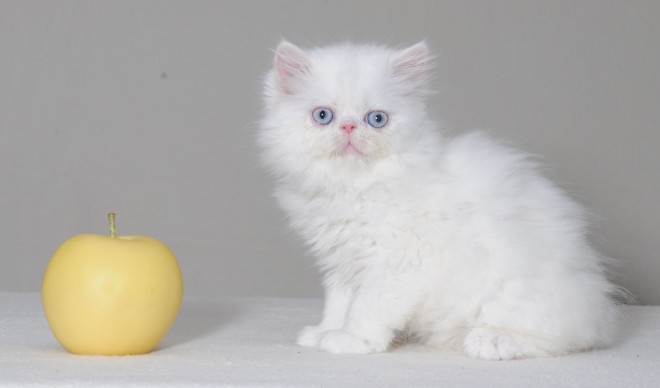 Cat Nap breed have a very noble and sweet temper. Representatives of this breed never hurt young children. It is extremely playful and friendly little creatures. Moreover, these features are maintained to the very old age. This is quite tame, very loving and affectionate cat. They are happy to give themselves to be stroked. Take your hands. The only disadvantage of a similar character traits - they just as easily could completely trust a stranger. Even with a clearly unfriendly intentions.

Special attention to these cats require only a very young age and during walks. Basically special care they do not need. Being very playful and curious kittens, they often get into trouble.

These cats are not peculiar to most of the common feline diseases. However, before buying a kitten should study his pedigree. It is important that the next kitten relatives did not have any diseases transmitted by inheritance. The most common disease that can be obtained from the parents of a kitten - polycystic kidney disease.