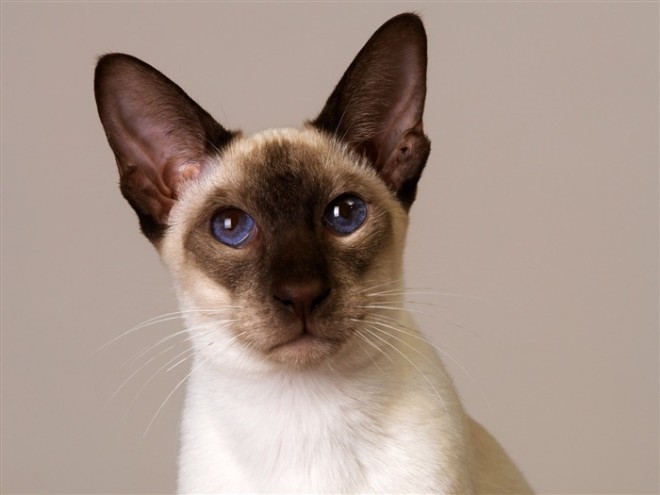 Stubborn and obstinate, independent, with a very distinctive color and incredibly beautiful bright blue eyes, the representatives of this breed of cats has long captivated fans of cats from around the world.

The history of occurrence of Siamese

The birthplace of these cats - Siam (now Thailand). There's this blue-eyed beasts without reason considered sacred, revered as patrons of churches and are protected by law - cats of this breed is truly amazing creatures. They have long lived in the royal family and had been part of rituals.

In the 19th century, several cats Siamese breed was brought to Europe, specifically in Britain, along with the Orientals and the harbor. But unlike the last two breeds, Siamese liked British connoisseurs so that almost immediately breeders and breeders took up the breeding and improvement of the breed. British "club cats", and a year later the breed standards were offered was established in 1901.

Even after the "conquest" of Britain, these cats were in the United States and other countries, which also applauded by both breeders, and simple lovers of the cat family.

At a time when these cats were living at home, they are the hallmark of the breed and it was considered a bit of a squint and a bent tip of the tail, as if broken. But modern breeders soon figured out the real cause of this feature. It turned out that it is, on the contrary, signs of degeneration of the breed in connection with interbred, so offspring with a curved tip of the tail began to discard. Now the standard is considered a vice, however, as a squint.

Thanks to breeders and breeders, breed Siamese population increased significantly - in the world today there are more than 40 species belonging to the Siamese group.

The head is elongated wedge-shaped. The ears are triangular, large, wide at the base and tapering to the tip. Together with the tip of the nose, ears lines create the outline of an equilateral triangle. The nose is straight, without the "saddles" that is, without a hollow in the transition to the forehead. 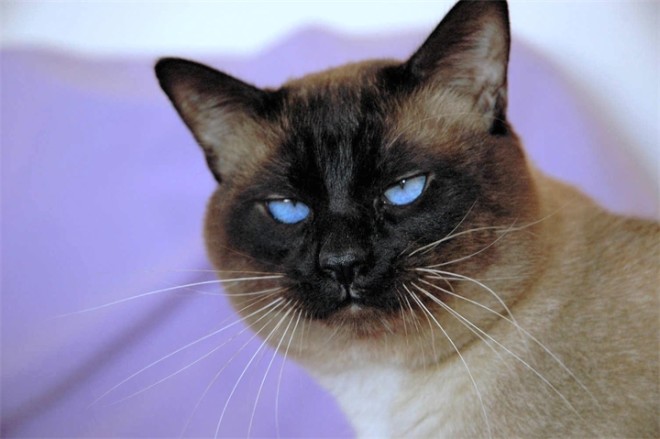 Eyes Siamese - their calling card. They are bright blue, or blue, very expressive. The colors are bright and vivid. It is sometimes noticeable squint. The reason is that binocular vision can be impaired in cats, so in order to see better, the cat starts to mow the eye. Eye Shape - almond.

The coat is short, shiny and tight to the body.

Siamese colors are quite varied, but all of them are the result of acromelanism (partial albinism). That is the basic background light, and on the legs, tail and muzzle are darker spots. By the way, Siamese kittens are born completely white, and only 6-10 months acquire their amazing color. But if the Siamese cats are kept at low temperatures, then coat them becomes darker.

Non-specialists often confused with Siamese Thais. These rocks are similar, but the difference is. The main difference between the Thai cat of Siamese is that Thais head round, not wedge-shaped and the tips of the ears, too rounded. In addition, the Siamese is much sleeker, but have less power, in contrast to their Thai counterparts. Yes, and they have different character.

The independent nature of Siamese 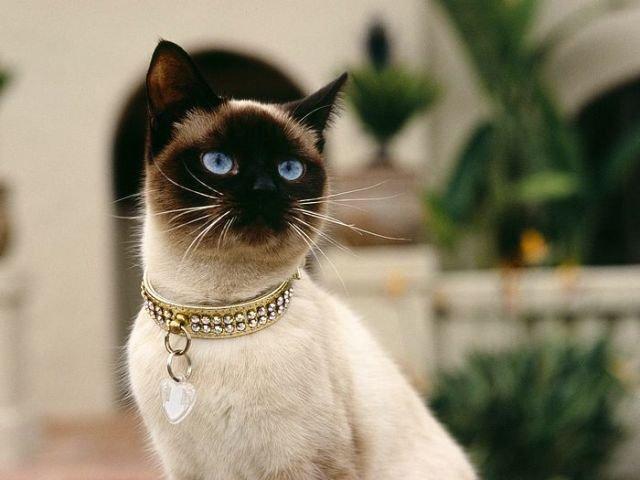 About disposition Siamese argue a lot. Some people believe that it is evil and very dangerous pets, claws of the case and without. Fans of the Siamese, on the contrary, consider them sweetest creatures. Where is the truth? She is in the middle. The fact that Siamese cats live on the principle of "an eye for an eye." If the owners are good to cat, love her, paying attention, really, more faithful and grateful pet than the Siamese, are hard to find. They, by the way, and get along great with children, and the patience of a "nanny" to be envied. Yes, and entrusted her to protect human baby from the aggression by outsiders Siamese will not be worse than a dog.

If you are unjustly wronged representative of this breed - then beware. These cats are not evil, but very unforgiving. Be sure she will take revenge, and on the principle of "Revenge - a dish best served cold."

By ruthless enemies Siamese. They are excellent guards when guests come to the house, the cat is always on guard and all kind show that visitors behave within. Often, these cats are afraid of even large dogs, and avoid them. Because they feel - Zaden this "Mike Farley" and will not find it.

Siamese is very playful, hardy, extremely sociable and energetic. However, they are self-sufficient, and in spite of the profound devotion to his master, not to fall into the cat's tantrum if left home alone, like many other pedigreed cat. Not like those cats and obsessions, so forcibly on my knees you're unlikely to be able to keep them.

Caring for Siamese cats do not require any special skills. Combing hair, which, incidentally, can be done simply hands, wet them and spent on cat's body. Regular inspection of the ears and the eye, timely vaccination. Closer attention should be animal teeth, which are the weakest point Siamese. However, regular cleaning will solve this problem easily. 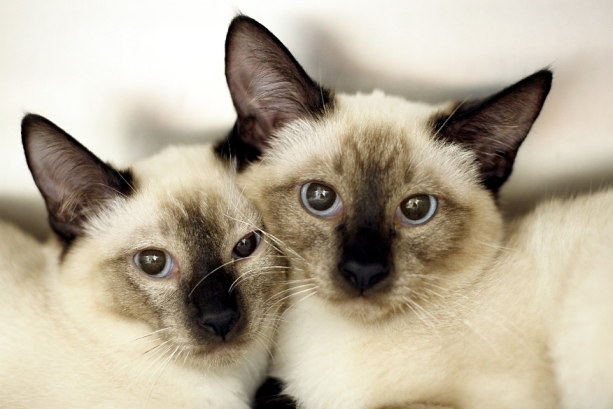 What to feed a Siamese? Yes, in fact the same as the rest of the domestic cats. Balanced feed, periodic intake of vitamins. Feeding is best carried out in certain hours.

Trained Siamese cats is very easy, as it is extremely smart, so I understand what is required of them hozain. learn very quickly to go to the tray, do not tear the curtains and not to spoil the furniture.

Only you need to provide an outlet for their tireless energy. Different trainers, toys, stacked labyrinths - in a word needs to be done so that the cat was busy, especially in your absence.

How many live Siamese cats? Basically for about 15 years. At home. On the street, they die quickly, so the acquisition of such a pet should be taken very seriously. 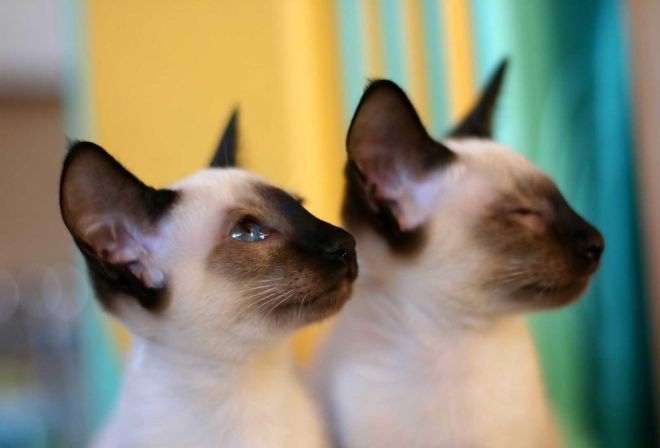