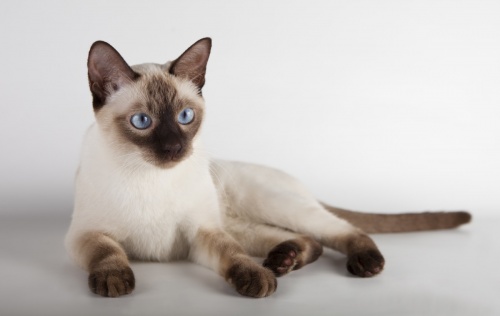 Elegant, lovely, incredibly beautiful and wonderfully clever, Thai cats have devotion, comparable only to that of a dog. They are often confused with the Siamese, and the element of truth in this is still there (below will explain why), but the differences are significant - both in appearance and in character.

The story of the rock

In fact, the Thai - this is the most real Siamese. In the form in which saw the Siamese Europeans in the 19th century. Several individuals as gifts then handed to the British Ambassador King of Siam (now Thailand, where, in fact, and is the name of both breeds). But breeders - felinologists UK who passionately loved Siamese, began to improve the characteristics of the breed. As a result, today the Siamese cat has acquired the traits that we know - an elongated body, wedge-shaped head with an elongated snout and a unique character, which was formed from representatives of the breed for more than a century and a half of breeding.

Serious confusion came from Siam Thais in the USSR, where the cats of these breeds have become truly a symbol of prosperity and success. Breed-liked then, only very few people could tell them apart, calling Siamese and Thai too.

The main difference between these breeds that have Thai shorter head body and circular shape. Lower eyelid, usually rounded, while their fellow Siamese almond-shaped eyes. In addition, they are less capricious and more dependent on man than Siamese. But at the same time are stronger physically.

So how do you look thai?

It's pretty muscular animal with a well-balanced body. The head is rounded on all sides. The eyes are almond-shaped form or lemon. Color - bright blue or bright blue, full-bodied. Look very expressive. Wool is soft, short and close to the body, without undercoat.

Thai colors due acromelanism (m. F partial albinism). The basic tone is lighter than the animal's limbs. In terms of content at lower temperatures, the color of animals becomes darker.

There are several types of permissible standard color-point Thais: 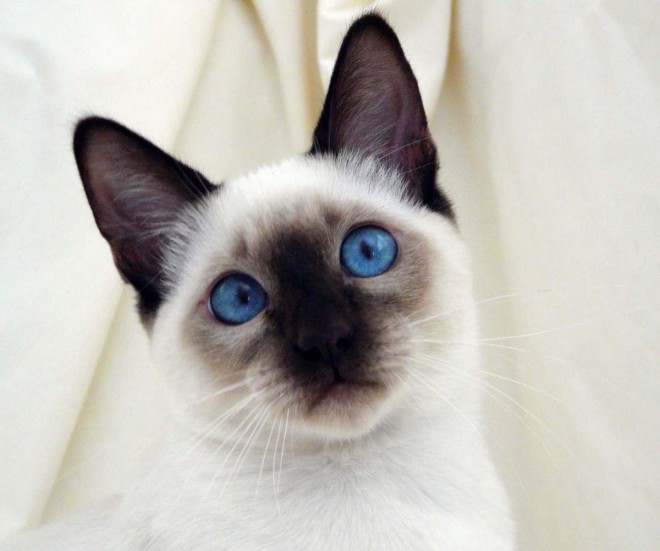 Especially the nature and conditions of detention

Thais are sociable, outgoing, very energetic and extremely inquisitive. It is easy enough to get along with other kinds of animals, but prefer to keep the palm.

Very smart, easily trained, including walking on a harness. They are easy to train the "rules of the game." Suffice it to just specify the cats of this breed to the inadmissibility of their behavior, and they will never shit in the wrong place and vandalize. But we must be aware of their incredible restlessness, so you should make sure that the pet has been busy: to ensure his toys, a variety of cat-training equipment, and of course the host's attention. From a lack of attention to these cats may wither.

Devotion to Thais is comparable only to that of a dog, they are very attached to the owner, choosing a single, but well apply to other family members.

Some special care Thais do not require. Immunizations, regular check-ups and eye ears, teeth cleaning (this is the weakest point of the Thais). Comb pet hair better hands, moistened with water.

Meals should be balanced. It should be remembered that the use of food in the liver and seafood can change the color of the animal, making it darker. 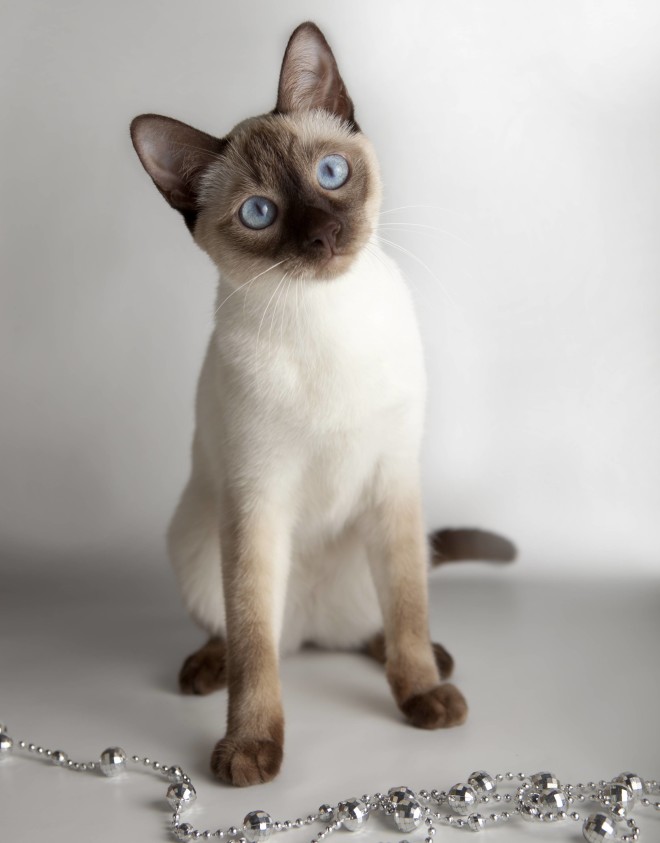 Interesting facts about the breed