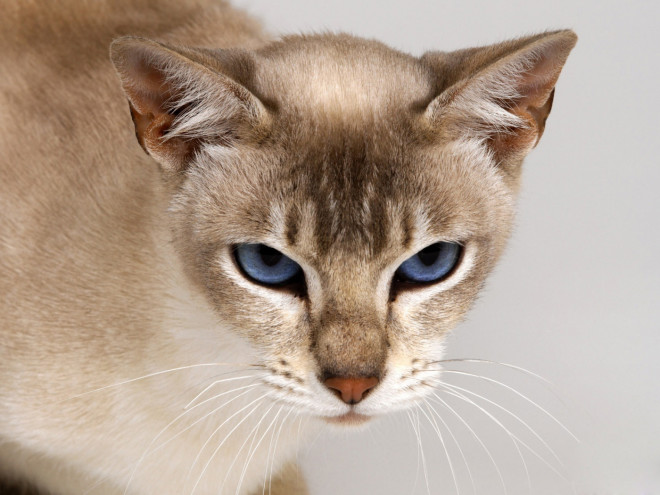 Tonkinese cat appeared relatively recently by crossing the Siamese and Burmese cat breeds. The result was a very affectionate cat with silky hair and eyes the color of aquamarine. Tonkinese cat breed has collected in itself the best of the Asian breeds: These cats are very loyal, and loved-have telepathic abilities.

The breed has been actively developed in Canada in the 60s of the last century. However, it appeared long before that. About Tonkinese cat is mentioned in legends and tribal books that existed many centuries before. A cross between a Siamese and Burmese cats was particularly popular among the ruling elite.

For the first time in Europe, this breed has appeared in the late 19th century. England at that time Asian cats were cult creatures. Tonkinese cat on a par with blue-color-Point participated in numerous exhibitions and shows. However, soon the strict jury banned Tonkinese participate in the competition, as the breed standards were not spelled out, nor was there a special club dedicated exclusively Tonkinese cat.

The revival of the breed took place in the early 60s dvdtsatogo century, when the breeder Margaret Conroy in Canada has managed to cross burmanskuyu and siamese seal point color. As a result, there were kittens light brown in color with beautiful eyes the color of aquamarine and affectionate playful nature. These cats are very elegant and graceful. To this day, the ideal proportions of these cats are the main feature of the breed.

Originally this breed was called - a gold siamese, and in 1971 was renamed the "Gulf of Tonkin", to avoid confusion. So named in honor of the rock town Tonkin in Vietnam. Although this breed has never lived in the territory of Vietnam, the name is fully stressed exotic and wisdom of these cats.

Tonkinese cat is extremely clever. A large number of researchers of the breed say that these cats have a telepathic abilities. These cats have excellent intuition and, at times, may be premature to guess the host behavior. Esoteric claim that the energy field of these cats can protect people from the negative impact of civilization.

These cats are carefully studying all the members of the family, having to his hosts. However, this is not a sign of hypocrisy, but on the contrary - the desire to avoid conflict situations. These cats are very playful, and capable of learning even in adulthood. 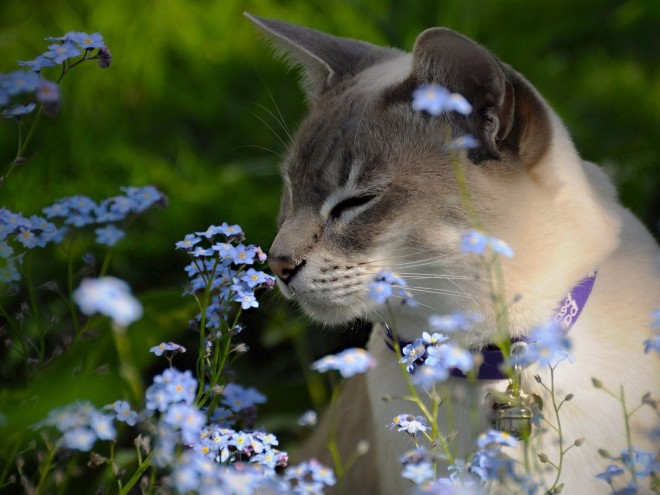 Tonkinese cats are constantly striving to communicate with humans and have high sensitivity. These features are characteristic almost all Asian cats, but the Tonkinese is expressed most.

Tonkinese cats have a milder temperament than their immediate ancestors. These cats are not prone vrednichat as burmantsy, and not as intrusive as the Siamese.

At Tonkin cats very melodic vocals and a high degree of sensitivity to the timbre of the voice and the tone of the master. Tonkinese always carefully listen to their masters and carry on a conversation, making a variety of sounds in response to the words addressed to them. The timbre of your voice they understand that you are upset about something. They are very sensitive to stress in a family atmosphere, not like conflicts and always try to defuse the situation with its delicacy and tact. 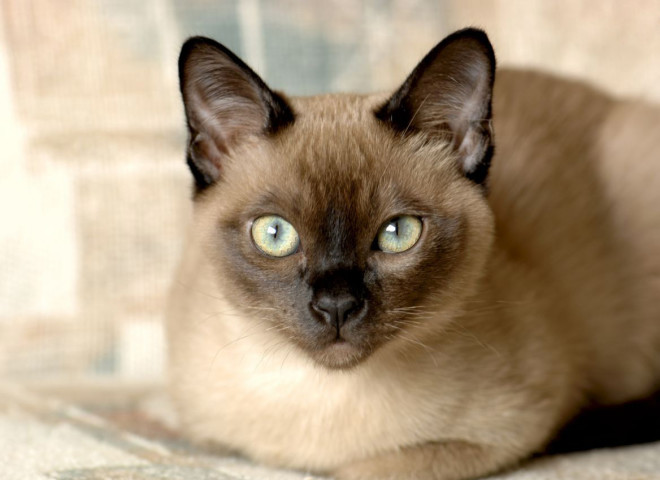 Based on the fact that the wool from the Tonkinese is very short and does not have an undercoat, they do not require much care. This breed of cats can not tolerate combs and brushes, so it is best to use a slightly damp massage glove. This breed is very clean and always tries to keep yourself clean and tidy. They have a lot of time paying personal hygiene.

Bathe these cats is not recommended only in the very last resort. It would be better if you just protrete contaminated part of the body separately.

It is necessary to regularly produce Tonkinese cat for observation in a veterinary clinic and to stand in a timely manner all immunizations.