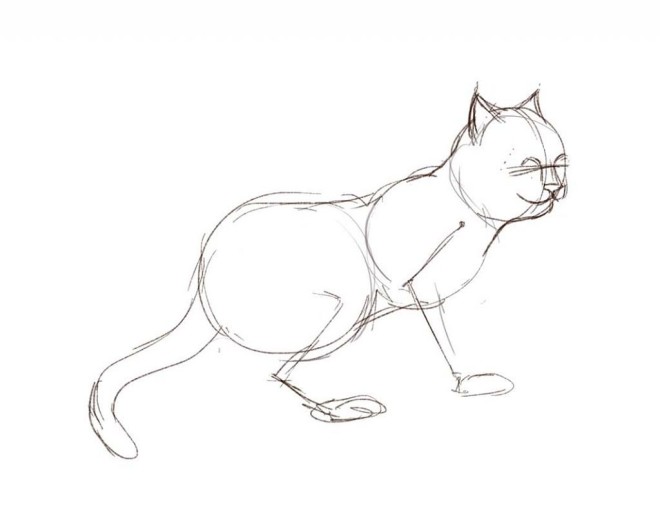 In order to better understand your pet, choose the right diet and gain the skills of initial assistance you need to know how your pet is constructed from a biological point of view, that is to understand the anatomy of a cat and its physiological characteristics.

The spine consists of 27 vertebrae, separated at the cervical, thoracic and lumbar section. Interestingly, the sacrum form three fused between a vertebra. The tail may consist of a different number of bones, by an average of ten to fifteen vertebrae. However, depending on the breed of the animal can be much smaller (e.g., y OES). 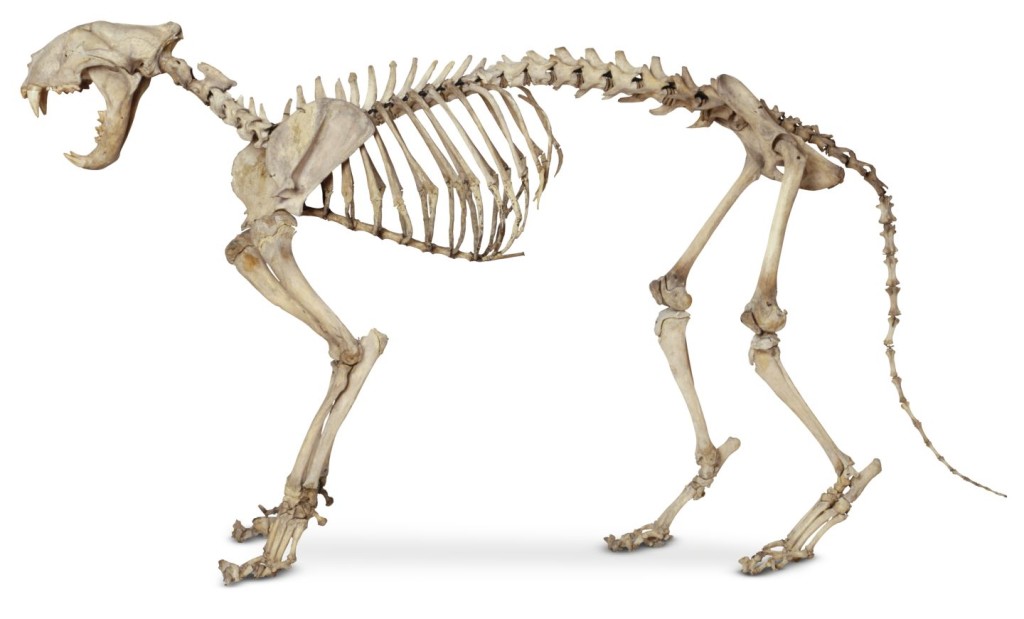 Generally, this body has an important function in the life of the animal. With tail cat maintain balance, as well as communicate with their own kind and the person making it clear through its movements, in which they are spirits.

Granted most cats have well-developed muscles, whereby fluffy hunters are able to sneak up to the victim and her lightning attack. Quiet feline gait is possible due to the presence of an animal on the feet of unique pads that have a large number of nerve endings.

Also, all the cats have claws, located on the fingers. Manage these weapons, hide and again releasing as necessary, the cat is capable of thanks to the presence on the phalanges, specially designed for the muscles and tendons. Form claws most animals crescent.

Interestingly, of all the huge felines only cheetahs can not hide their claws and thus protect them from grinding.

Another means of protection and attacks are cat teeth. With them, there is a preliminary grinding consumed pet food, and the body is an effective defense and attack weapon.

The animal has molars, incisors are used for food consumption, as well as a long and well-sharpened fangs with developed roots that the cat uses as a weapon. All the adult animal has thirty teeth, arranged on two jaws. Interestingly, the kittens are born toothless, the first month of life they have baby teeth appear, interchangeable fixed to reach the age of six months. 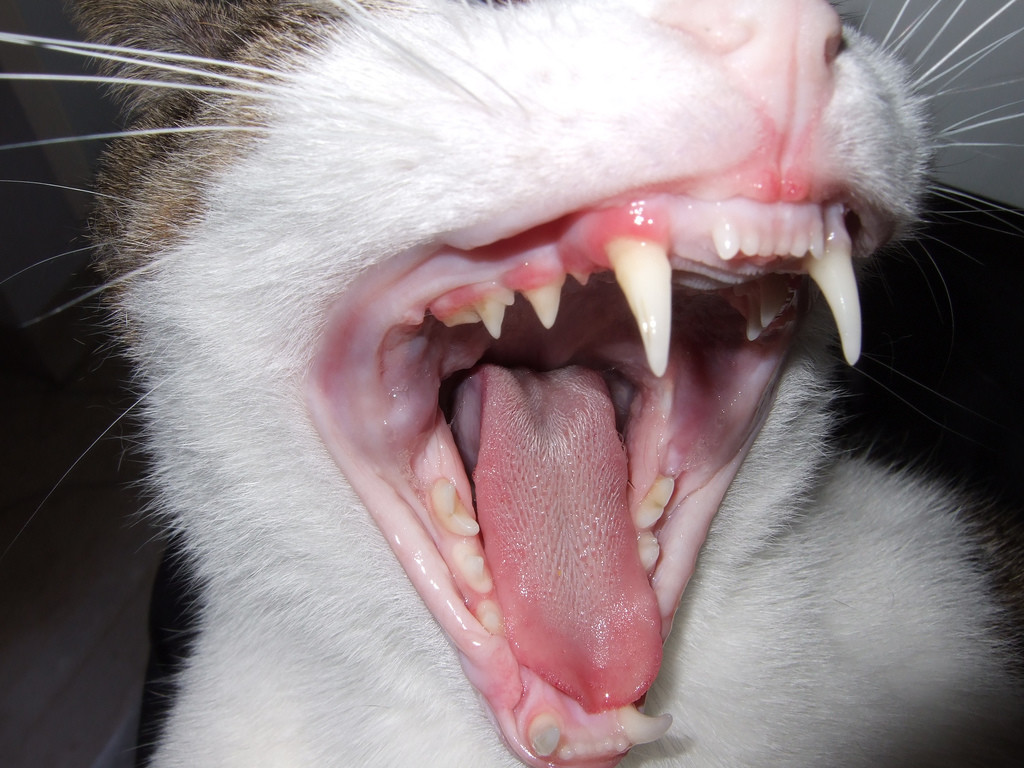 Cats have low sensitivity gums with a plurality of blood vessels, representing the mucosa covering the edge of the retaining jaw and teeth in place.

An important organ of the digestive system of an animal is the language. It has a flat, elongated shape. All its surface roughened occupy receptors, making the animal language so rough. These receptors retain water or other liquid foods while licking that facilitates saturation. Also with the help of their pet cleans coat and skin for self-washing.

At the moment cats found a great variety of colors, length and thickness of hair. Primarily, these parameters depend on the breed of the animal. The world is a shorthaired, velvety, long-haired, curly, and even bald cat. When this coat is always composed of undercoat and the outer layer. It protects the cat from hypothermia and overheating, but also from other environmental influences. Also, the temperature controller are the special pores disposed therein sweat glands, blood vessels and nerve endings. These pores prevent dehydration and protect the body from harmful bacteria and viruses. Also located in the skin sebaceous glands secrete a fatty lubricant that protects the hair and gives it shine and softness, and vitamin D, contained in the lubricant, has beneficial effects on metabolism. 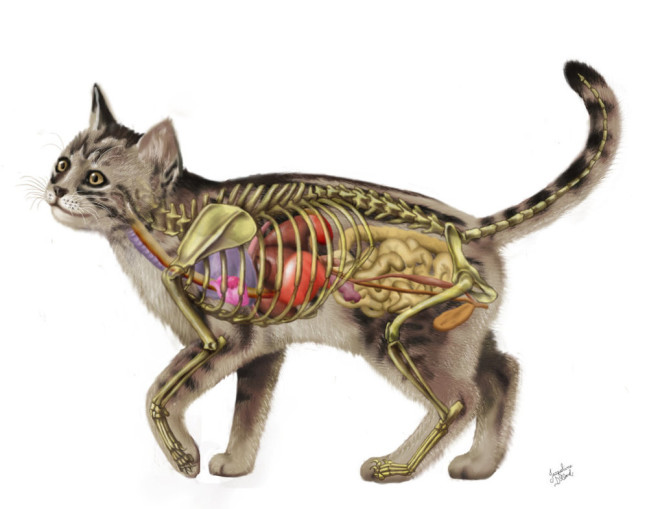 Skin cats has one remarkable property - it is very mobile. This characteristic allows the animal active and energetic lifestyle. For example, thanks to the mobility of the majority of wounds received in animals street clashes are not serious and dangerous to health.

Circulation and the respiratory system

The major cat circulatory organ system is the heart, which is a muscular organ weight 0.6% by weight of the animal. It rides on two blood circulation. Moving through the arteries and the capillaries, the blood product cell activity is saturated and the carbon dioxide is introduced into the vein and through the heart goes into circulation in the second (small) systemic circulation.

The respiratory system of the animal is capable of remarkably function in various environments. It provides the exchange of vital gases, and oxygen delivery to organs and tissues.

Units providing performance of specified functions are: the nose and pharynx, larynx, trachea, bronchi and lungs. The main body is light. It is important to know that the blood that enters the body from the heart, after passing through the first circulation has a dark color, as it contains very little oxygen. In contrast, the blood coming in the opposite direction from the lungs to the heart - bright red as oxygenated. This information can be used to determine the type of bleeding in cats.

Interestingly, the purring sound, loved by all the owners of cats, is formed by the passage of air through the vocal cords. The whole process occurs through the respiratory air entering through the nose or mouth into the larynx, the trachea and after the bronchi, after it enters the lungs. This body consists of a plurality of alveoli, enmeshed in a huge number of capillaries, performing the function of conductors at gas exchange. 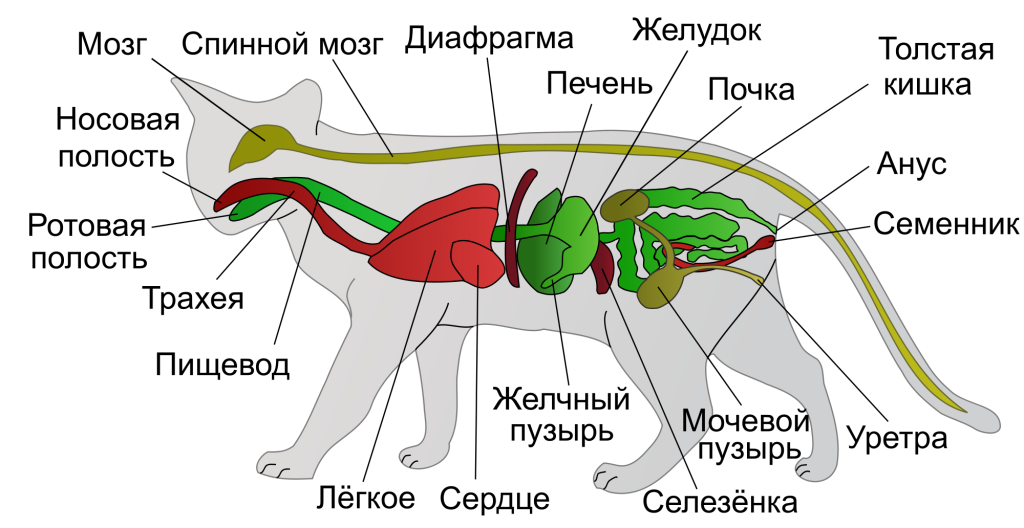 Pre grinded and chewed food enters from the mouth into the esophagus, and then the stomach. She begins to be absorbed in the mouth by saliva and continues in the stomach.

This organ in cats is a single chamber cavity, covered in mucous membrane, generating intensive gastric juice, food processing. Finally, the process completes processing and digestion in the small intestine, which is a twisted tube length which is four times the length of the animal.

The small intestine extends colon, which receives unprocessed pieces of food, where they are enveloped secreted mucus and leave through the rectum of the animal body.