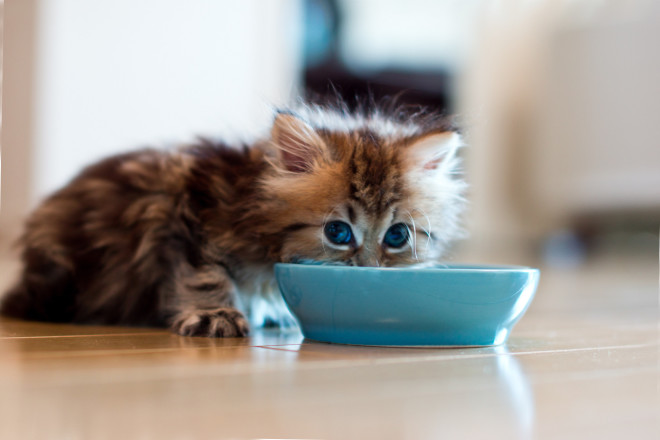 Very often experienced veterinarians hear from its customers that the kitten does not drink water, or, conversely, uses too much fluid. Cat owners are worried about the health of their pets and ask experts to explain the situation.

Water - the elixir of life

Every living organism is built of cells, which are in themselves more than eighty percent water. Cell absorbs nutrients and gets rid of the treated substance by outputting it through a cellular membrane, which, like the sieve consists of small cells. Thus each element entering or exiting the cell to be dissolved in water. Thus, the lack of moisture in the body hinders the implementation of these processes, which, in turn, adversely affects the health and normal functioning of all body systems of the animal.

Also do not forget about the lymph, a substance that forms the animal's immune system and cells of the body provides a variety of essential substances. It is interesting that the word "lymph" in Latin means literally - "live moisture."

How long a cat can survive without water

If you completely stop the intake of the animal through the water fluid absorption and food containing liquid, to the body it will carry a very negative consequences. There will come a slowing down of all processes in the organs and cells of the animal's body. There will be thickening of blood, lymph and cell plasma. Disrupted water-salt balance. Begin a rapid draining of cells. 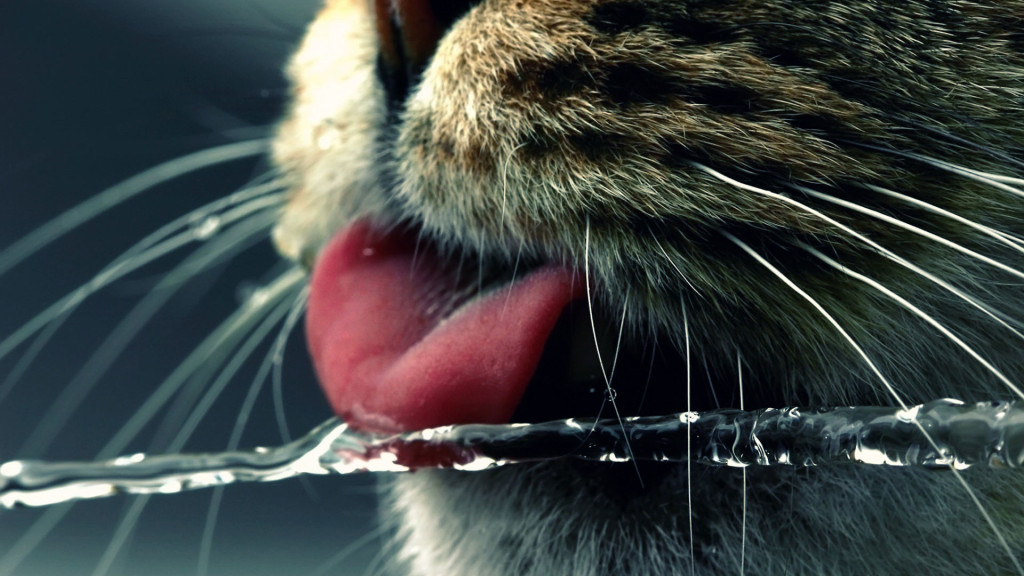 The time that the animal can survive without water depends on the overall health and age. The fact is that the older cat, darkness less internal moisture reserves. The maximum number of internal reserves of liquid in the body, there are young cats - seventy percent of the body weight. In this case, a favorite stretch without water for five days. So the older the animal, and worse overall health, the faster dehydration will lead to a sad end.

What water is best

Before deciding on the amount of water consumed animals need to understand what water is useful and what is not.

Many scientists believe that the boiled water - dead, it brings far less benefit. When stored over four hours such liquid may cause damage. Many experts on the health of animals is carried out parallels with the emergence of the IBC and the use of boiled water. But many cat lovers give to their students exactly such water. They are guided by the desire to provide our four-legged friends the best, but inadvertently achieve the opposite result. By the way, there is evidence that boiled water attracts from the environment a lot of bacteria, viruses, and harmful microorganisms.

Distilled water - a product of more complicated liquid processing than simple boiling. In this case it is going vykipevshey steam from water, which is condensed and cooled. So that all trace elements and other substances leaving the composition of such water. Also, use of such water may reduce the speed of movement of moisture through the cells of the organism. This is due to the fact that distilled water is almost non-conductive, and this affects the absence of the necessary electromagnetic pulses. 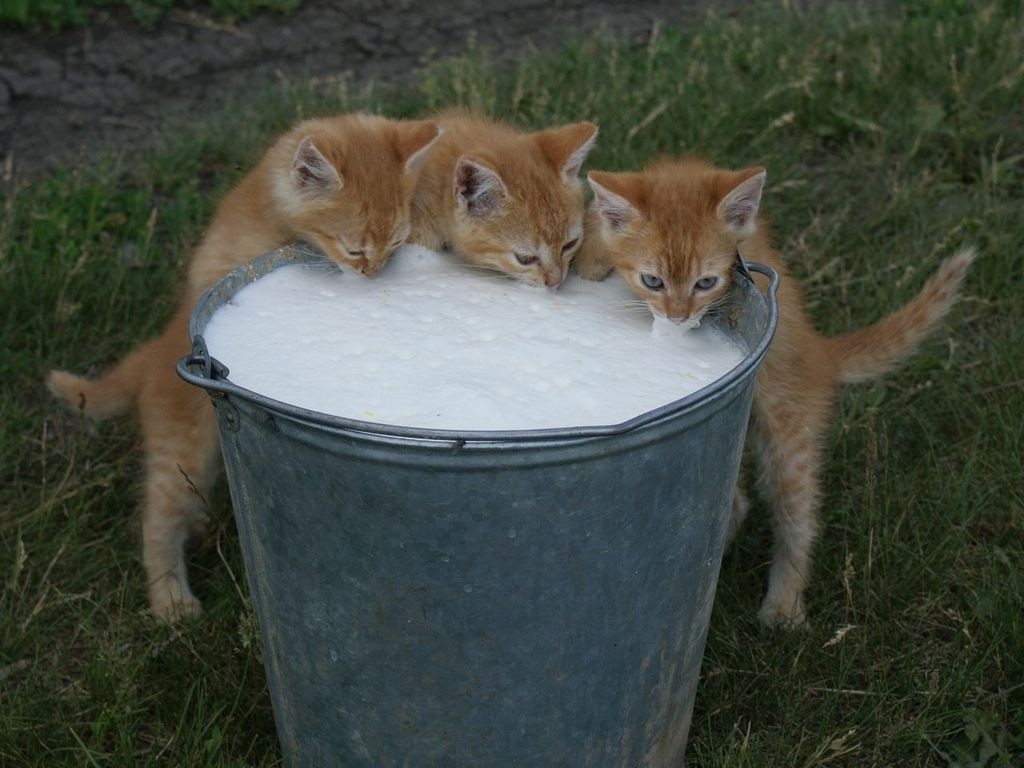 Tap water is too unpredictable in its composition. It contains many elements completely unnecessary and even harmful to the animal. In addition, such a liquid is not too pleasant taste and smell.

Bottled water could theoretically satisfy you, however, due to the peculiarities of the Russian legislation, many manufacturers of such products come to market under the guise of ordinary natural water purified and enriched with salts and minerals tap water. So the choice of such a product, make sure that the label indicates the place of extraction of water, the well number, chemical composition.

So it is best to give your pet filtered or settled tap water.

The amount of liquid required cat is calculated from the proportions of forty milliliters per kilogram of animal body weight.

Because of what the cat a little drink

Interestingly, the small fluid intake often say those owners who feed their pets the cat's canned food or natural foods with high moisture content. By the way, preserves contain in its composition to eighty percent water. So that the animals who eat such food, and so produces a liquid.

Another explanation comes to us from the distant ancient times. Evolution has adapted the ancestors of the domestic cats consume enough fluids to survive in deserts and drylands. Also, cats almost do not sweat, and even able to devote the necessary liquid from urine.

If you think that the cat uses fluid is really small, you should seek help from a specialist.

Cats - are animals that are not too positive about the changes in his life. The habit of these creatures, as they say, second nature. It is therefore necessary from an early age to teach a kitten to drink not only milk, but also to ordinary water. Usually kittens copy the behavior of their parents. However, if a cat - my mother refers to malopyuschy pets, the owner must provide their own child clean cool water in a small bowl. It is advisable to make such proposals after active play, when the body of a kitten lost a lot of moisture.

If the animal refuses to eat liquid categorically, it is necessary to show the pet's veterinarian, because such a failure can lead to very dire consequences. You may need desoldering forced through a syringe or adding water to the feed.

In any case, should not be allowed to take their course, this is an important moment in the life of your pet.