Fosprenil - natural drug that is produced by the specific technology of the clean pine needles. It has a pronounced therapeutic effects in viral diseases. On the one hand, the drug activates protective functions of the body, and on the other - actively resists viruses. Treatment is particularly effective when applied to Fosprenil maksidin and Gamavitom. This drug is used to treat viral enteritis, hepatitis, panleukopenia, plague and other serious viral diseases in animals.

Fosprenil undoubted advantage is that it is completely non-toxic and does not cause allergies, as well as has a high therapeutic efficacy in the treatment of various kinds of viral infections. The introduction of the drug into the body of an infected animal provides an integrated impact and high antiviral effect: firstly, Fosprenil serves as a stimulator for macrophages, thus produced interferon and other vital substances, and secondly, provides a direct effect on the termination of viruses of life at the cellular level. These qualities allow the use Fosprenil in the treatment and prevention as any kind of infections in pets.

Fosprenil - a unique new generation of antiviral agent that can be used not only for the treatment of viral infections in cats, but also as a preventive measure. Analogs of this drug does not exist.

According to experts, Fosprenil - the most effective means for the treatment of influenza and feline calicivirus in cats. Fosprenil also recommended as an excellent agent for the prevention: it is effectively used after a single contact with dogs and cats infected individuals before a viscous, before a visit to the exhibition or before long journeys. 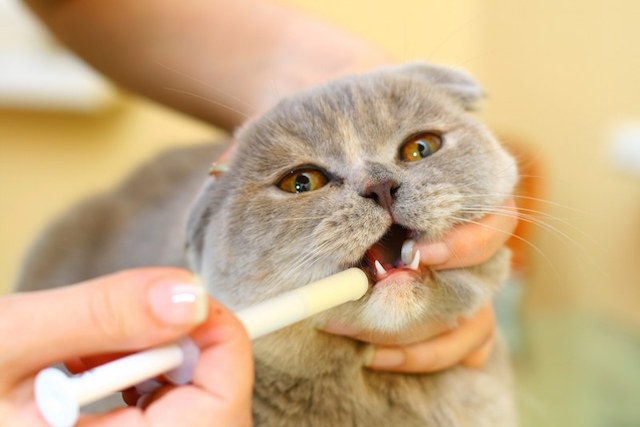 The drug is administered once - orally, intranasally or by injection - before or immediately after contact with infected individuals or carriers. Recommend also to make surface treatment of the mucous membranes, for that drug previously diluted with sterile saline. Prolonged contact with infected animals to protect their pet from the onset can be, it requires repeated application Fosprenil 1-2 times for 2 days with further 3-day interval, also require surface treatment of the nose and eyes.

If the vaccination against viral diseases to use inactivated vaccines (many of which have side effects), then the combined use Fosprenil and vaccines will not only improve its protective properties, but will also reduce the side-effect.

The scheme of Fosprenil cat enclosed in each package of the drug, but it is always worth remembering that in the treatment of serious viral infections Fosprenil recommended together with symptomatic drugs, everyone pay attention to it.