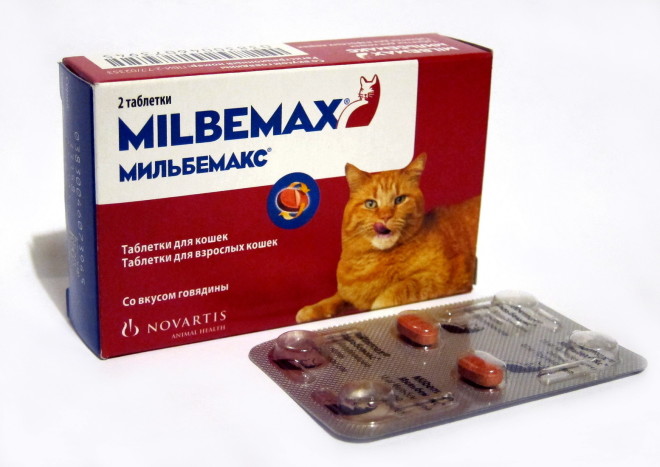 Due to his home a furry pet so eager to diversify his diet of fresh raw piece of meat or fish. A favorite of then long will express my gratitude growling and purring. However, with animals eating unprocessed foods there is a risk to put on the body of worms. Most often, the disease has no symptoms, but in the case of organ damage, which are essential, symptoms may occur. Moreover, infected cats are carriers of parasites. Therefore, veterinarians recommend periodic deworming animals. Just for this purpose to use the drug Milbemaks for cats.

Milbemaks is anthelmintic drug using cats whose age does not matter. Active ingredients constituting the basic formula of the preparation are praziquantel and milbemycin oxime. Also, the drug enters the starch, which serves as an adjuvant. Milbemaks available in different forms and dosages. For example, for small kittens will approach the drug at a dose of not more than four - ten milligrams. For adult cats are used tablets with a dosage of forty milligrams.

Externally, the tablet is in the form of an oval with bevelled edges. Pink shell means low concentration of active substance. Also at high-dose tablets with embossed symbols QC and NA. the drug can be found in specialized pharmacies, sold in packages of two tablets. Before giving your pet medication very carefully read the instructions, which describes the rules of application, side effects. However, it is best to before treatment to make an appointment to a specialist vet.

The pharmacology of the drug

The active substances contained in the basic formula of the preparation, affect all known species of helminths both adults and larvae.

milbemycin oxime affects the parasites that live in the stomach and intestines of cats. After taking the drug it is absorbed into the bloodstream, the maximum concentration of the active substance takes place in two hours after reception. But after thirteen hours after ingestion of the drug is completely excreted via the kidneys.

The second active agent included in the basic formula of the drug - praziquantel, capable to cure any disease caused by parasites, regardless of the form of leakage. Thus sufficient concentration achieved one hour after drug use, and complete excretion by the kidneys in three to four hours. Because of its gentle composition Milbemaksom treatment course for cats it is very easy to be transported pets. The drug suitable for the treatment of kittens, sick or debilitated animals, and even in times of pregnant cats. The possibility of occurrence, as well as options for the side effects are minimal.

Indications and method of use

The medicament may be used not only for treatment of animals exposed to contamination, but also for prophylaxis. Weight pet - it is the main indicator used to calculate the dosage of the drug. The minimum dosage, has a therapeutic effect, two mg of milbemycin oxime and praziquantel 5 mg. This dosage is used per kg of body weight. Thus, it is important to note that to treat the kittens with the help Milbemaksa for cats only when they reach the weight of half a kilogram. That is, animals weighing less than one kilogram should be given no more than half of the pink tablets. For kittens who have reached the weight of one or two kilograms, suitable one whole pink tablet. For adult cats provided the red pill. Weighing in at less than four kilograms of the pet should be given half the red pill. If the animal weighs from four to eight kilograms, it is necessary to use one red pill to achieve the desired effect. For animals bigger than eight kilograms should be used at least one and a half of red pills.

The cat ate the pill can be used the following methodology. Do not feed your pet for six hours. Then select favorite food of the animal. Grind the tablets to a powder, following dosing, by weight. Combine the powder with food and have the pet. You can also put a cat a pill under the tongue and stroking its neck to stimulate the swallowing reflex. 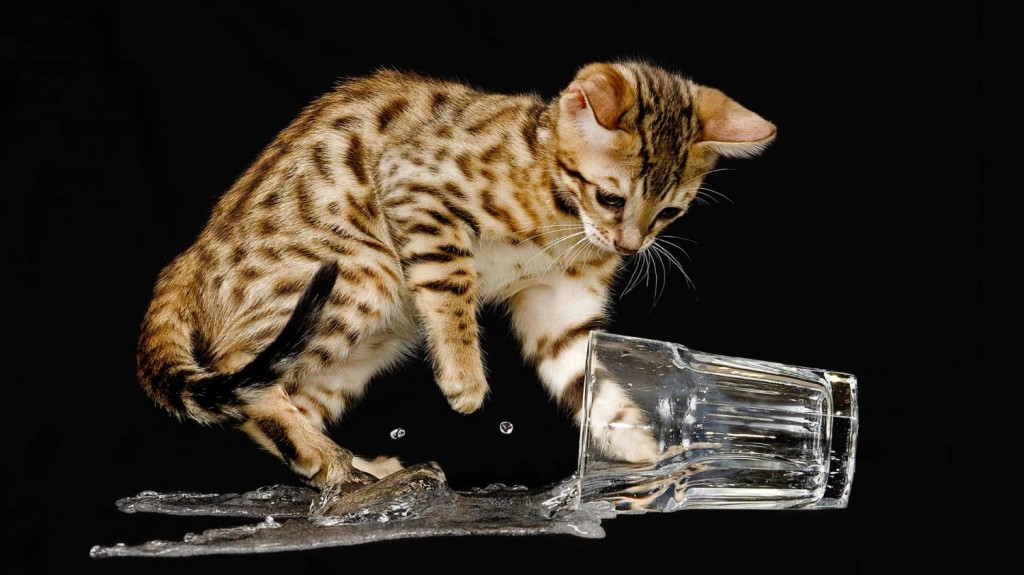 For young kittens and cats, relieving the disease, can be in powder rastorty Milbemaks diluted with a small amount of water and the resulting solution by typing a medical syringe to enter into the mouth of the animal. Usually the drug is given in the morning once in three months. For the prevention of infection by helminths pregnant cats Milbemaks use in the third trimester of pregnancy and 5 weeks after the birth of kittens. Also be sure the treatment is carried out prior to vaccination, and reproduction.

Side effects and contraindications

Side effects identified an allergic reaction to the components. If the dosage is exceeded, you may experience tremors, which does not affect the health of the animal and runs independently. Do not give the drug to animals with kidney and liver, the kittens have not reached half a kilogram of weight and age at least six weeks.

Pay close attention to the dosage, do not exceed it. This will protect your pet from unwanted side effects, and will destroy all the parasites.

Shelf-life of the drug for three years, after which its use is strictly prohibited. Keep the medicine out of the reach of children and pets. After opening the package, its shelf life should not exceed six months.