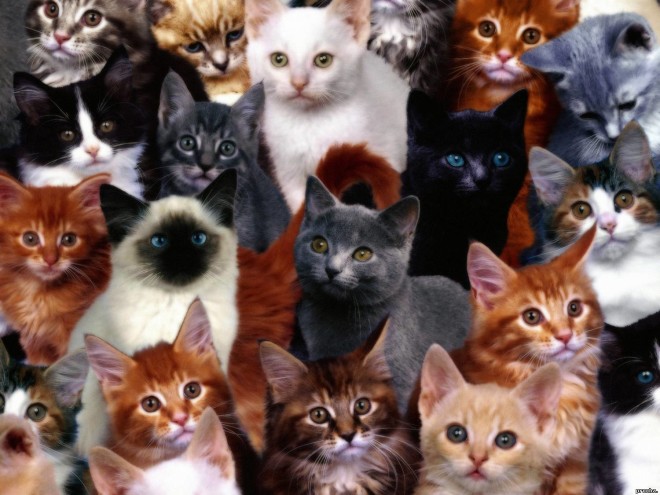 It is believed that domestication of these wonderful animals there were at least five thousand years ago in ancient Egypt. While domestic cats fulfilled the function of rodent control, port extensive cereal crops in the flood plain of the Nile.

An interesting fact is that in all the centuries that these animals are held close to the person they have experienced different attitude. At the same time they worshiped and considered a sacred animal for the murder of which the offender is punishable by death, as it was in ancient Egypt. 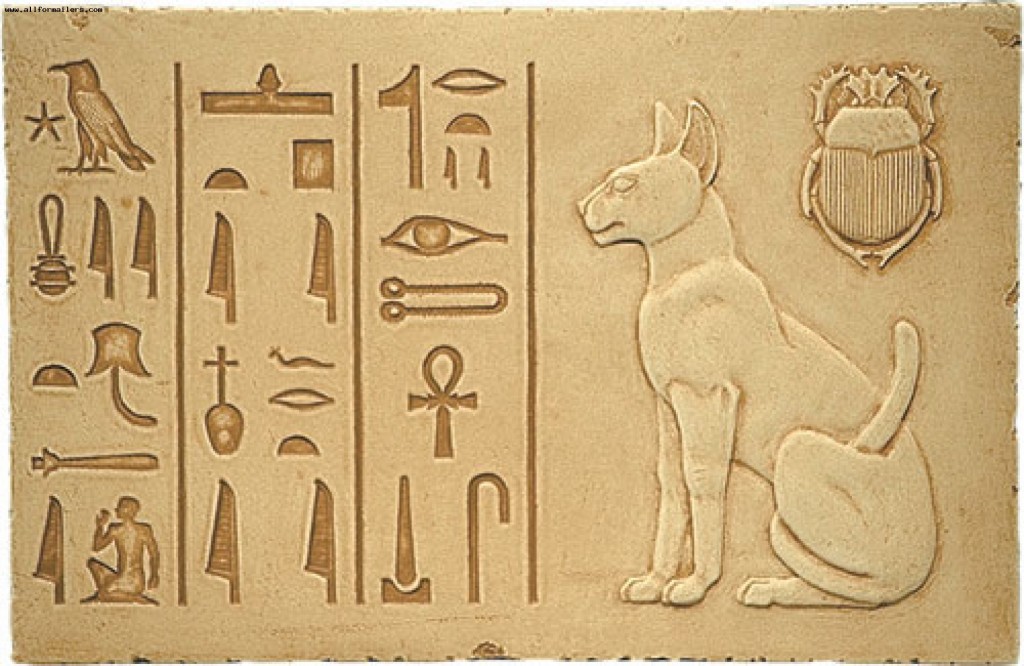 Spread over the world

In Ancient China pets were straight from Egypt. It is here that began to breed long-haired cat breeds are obtained by cross-breeding longhaired domesticated from wild animals Asian shorthair breed. Interestingly, even the great Chinese philosopher Confucius, who became the ancestor of the whole religious and philosophical currents, known as "Confucianism" and has written numerous papers on various topics, was a great lover of domestic cats. On the territory of China, these animals were on the Japanese islands, where they were prized literally gold. There was a belief that the rice crops from rodents can protect even a simple image of a domestic cat. In North America, the pets were with the first colonists from Europe.

In Russia, the cat appeared long before the adoption of Christianity and considered a sacred animal god Veles. They are considered the keepers of the home, their first admitted to the newly built house and observed the behavior in order to determine whether a happy life in a new home.

In Europe, the cat came in the sixth century BC, and by the tenth century, spread everywhere. Domestic cats in Europe is not only performed hunters function in rodents, but also it is valued for its beauty, the desire for cleanliness, fidelity to his master. However, in Europe the dark time when rampant Inquisition reached its peak, a cat, especially a black, was considered the accomplice of the devil and the seat of the dark forces. And their owners often recorded in and witches and then burned at the stake together with pets. 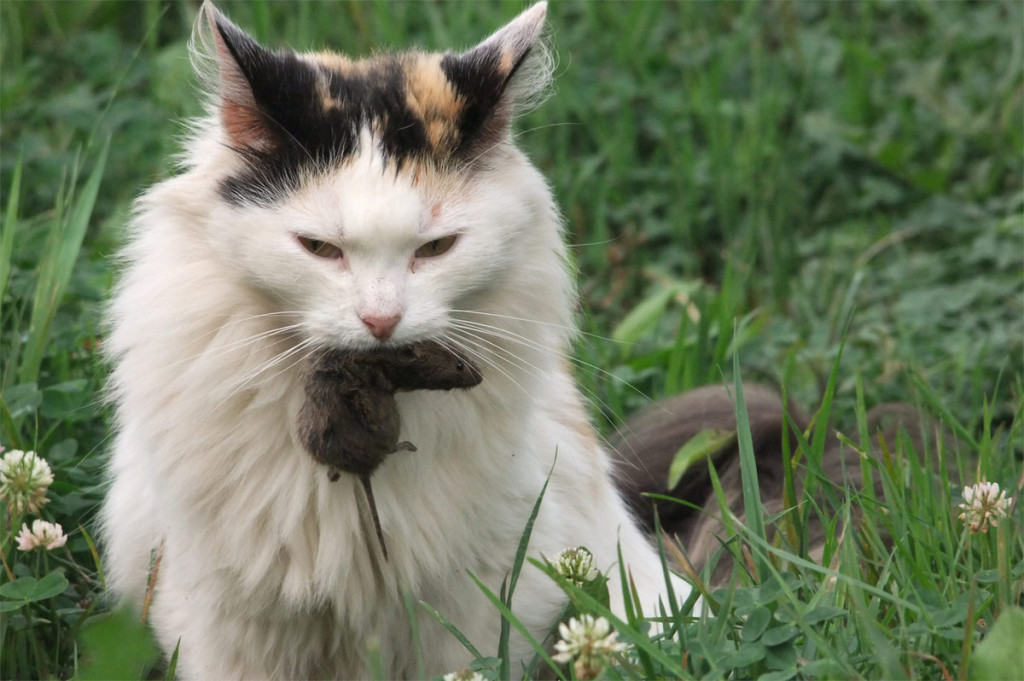 Then there were various superstitions associated with these animals. However, adjustments to the process made a terrible epidemic of plague that carried across the continent huge hordes of rodents bred during the terror against cats. Then again, it took pets and humans began to increase their population.

Currently, worldwide recognized and registered feline organizations, not less than two hundred and fifty species of domestic cats. And many of them were bred artificially in the late nineteenth century to the present time. Some popular breeds came into being as a result of genetic mutation and random failures, for example, munchkin, sholandskaya fold. All this diversity of species different from each other external features, traits, health.

Today, domestic cats are found in almost all corners of the globe, some experts have estimated that today there are more than six hundred million individuals in the world.

In countries where the breeding and selection of these animals takes place particularly active organizations are cat lovers. Association of national organizations produce international feline organizations that conduct large-scale exhibition of cats that make the popularization of the cat world has grown. 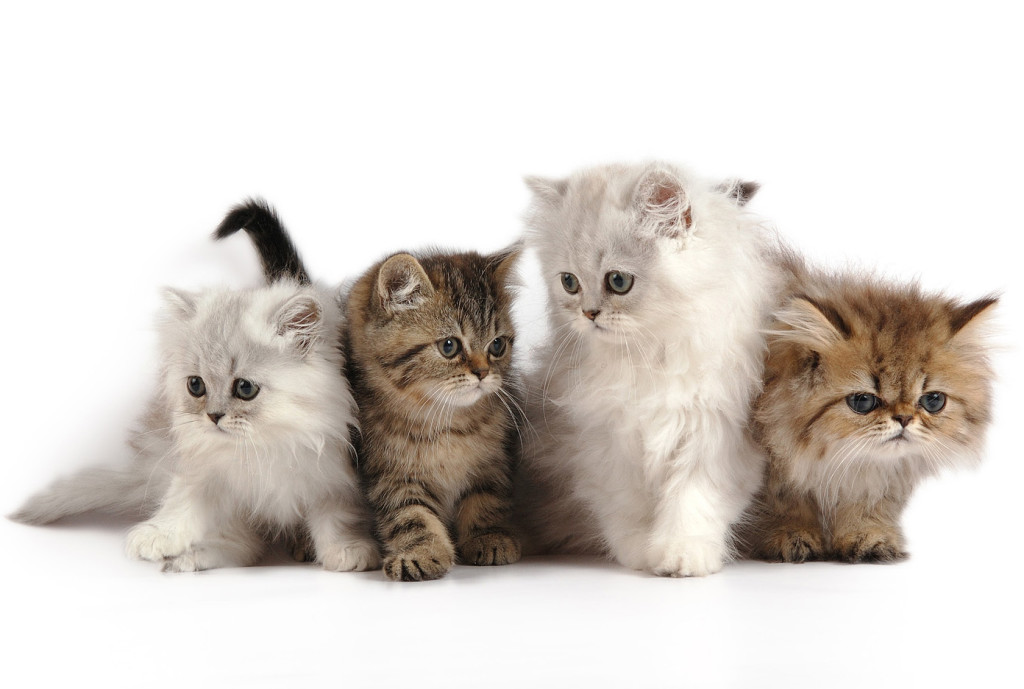 Representatives of the various breeds of domestic cats in their vast majority live with a man. They mostly short muzzle, with sharp teeth of predatory animal. Wool, depending on species, may be of different lengths. These animals have very sharp eyesight, sense of smell and touch. The average life expectancy ranges from twelve to sixteen years. Lifestyle can be both day and night, depending on the habitat. In its relations with a man, these animals maintain their independence, even though the need for intimacy and close contact, and with time very attached to his home.